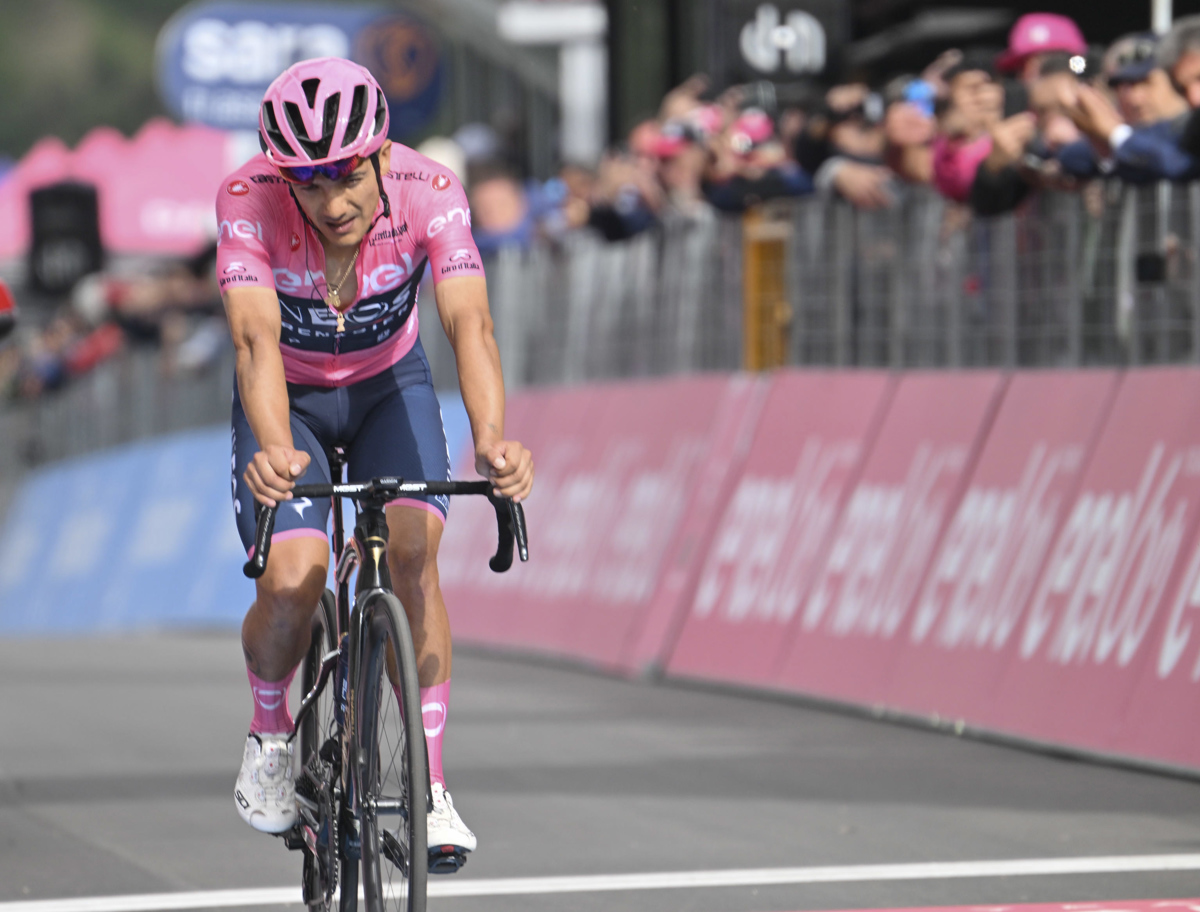 The Australian Jai Hindley (Bora Hansgrohe) did the honors to the queen stage of the Giro d’Italia snatching the pink jersey from the leader the Ecuadorian Richard Carapaz at the top of the Marmolada (Passo Fedaia), where the Italian Alessandro Covi (UAE Emirates) signed the partial victory and the Spanish Mikel Landa certified the third place on the podium.

The battle was slow to come, but when Hindlay showed up he became a hurricane after a whiplash that allowed him to dethrone Carapaz, put on the pink jersey and become the virtual winner of the 2002 Giro. A port, the Marmolada, which kept the surprise for the end. At the top of it, the Italian Alessandro Covi achieved the victory of his life in the twentieth stage that started in Belluno and ended at the top of Marmolada (Passo Fedaia) after 168 km.

Glory to Covi (Borgomanero, Piedmont, 23 years old), the best breakaway of the day, heroic in resolution, conquering Pordoi and Marmolada alone and reaching the finish line alone to savor his feat. He entered euphoric in 4h46.33, with the Slovenian Domen Novak (Bahrain) at 32 seconds, Ciccone at 37 and the Spanish Antonio Pedrero at 1.36 minutes.

Behind there was a fire of the good ones. Hindley had attacked 3.4 km from the top, leaving Carapaz and Landa standing, and leaving in search of the finish line like a rocket, without looking back and tying the pink jersey with each pedal stroke. He crossed the line 2.30 behind the winner and 1.28 ahead of Carapaz. He was already the leader and virtual winner of the Giro. Landa suffered a lot all day, but kept third place.

San Pelegrino and the Pordoi do not disturb the order

The most awaited stage, the “all or nothing” stage that had to clear up all the unknowns for the pink jersey and the podium, began, as always, with a large escape of 15 riders. As always, Van der Poel was there, a fixture in adventures, as well as Kamna, Ciccone, Pedrero, Vendrame, Covi, Formolo….a good group. Of course, with the whole day ahead and three ports waiting with their beauties and cruelties.

As an appetizer, the Passo San Pellegrino (1a, 18.5 km at 8 percent), whose summit at almost 2000 meters altitude passed the rebel group with a 5-minute advantage. After a 12 km descent, the stage got more serious with the climb to Passo Pordoi, a special category pass with a legendary surname. Nothing less than the Coppi peak, nailed to 2,236 meters after a climb of 12 km at 6.6.

It was already a stage in style, in territories where oxygen does not reach the lungs so easily. The altered break came to the top of Pordoi, with Alessandro Covi escaping, chasing a group of 8 runners with Pedrero embedded at 1.30 minutes and the main group at 5.30 led by Bahrain de Landa with Wout Poels as locomotive, announcing to the staff intentions to attack of the cyclist from Alava in the Marmolada.

Covi carried the burden of saving the Giro del UAE Emirates, unprecedented in his victories locker. The 23-year-old boy had the honor of adding to the list of winners the conquest of such a distinguished mountain. After a long descent of more than 30 km, the Italian appeared at the foot of the Marmolada. Last port of Giro 2022. Now or never.

Hindley sentences Carapaz in the Marmolada, where Covi wins

With more than 2 minutes, Covi La Marmolada began to climb through the Passo Fedaia, also known as the “Cemetery of the Champions”, or “The Corridor of Fear”, where its 12.6 km at 7.8 with sections up to 18 have ended with many illusions or have elevated cycling heroes.

Scenario to clear the last questions. Will this port decide something? Will Carapaz attack before the time trial or will he defend the pink jersey? Will Landa go all out? Questions in a setting distinguished by its beauty, whose summit would place the idols of the peloton at the foot of La Marmolada, the highest peak in the Dolomites, at 3,343 meters.

While Covi suffered and dreamed in equal parts, in the group of the high hierarchy, Ineos came to the fore. Just by tensing up a little bit, Carapaz, Hindley and Landa got together. Then came the final fireworks.

At 3.5 Hindley moved, who joined teammate Kamna from the front, who towed him a few meters. He yielded Carapaz, very fair strength, without reaction. The same Landa, who let his rivals do and pending to reach his pace, to keep third place on the podium.

Serious trouble for the cyclist from Carchen, suffering the unspeakable with very hard sections to the top. The “aussie” cyclist flew to another level in the decisive section. The Giro was slipping away for the 2019 winner, and it was getting closer for Hindley, second in 2020.

Finally, the Marmolada was in a certain way a graveyard of champions, since it buried Carapaz’s options in the general classification, now 1.25 behind Hindley, in the absence of the Verona time trial, of 17.4 km, where the pink jersey will become in a winged outfit for the Aussie. Mikel Landa saved the furniture, kept his place on the podium, at 1.51 minutes.

This Sunday the twenty-first and last stage of the Giro d’Italia will take place, which will be held in the individual time trial modality with start and finish in Verona and a 17.4 km route.