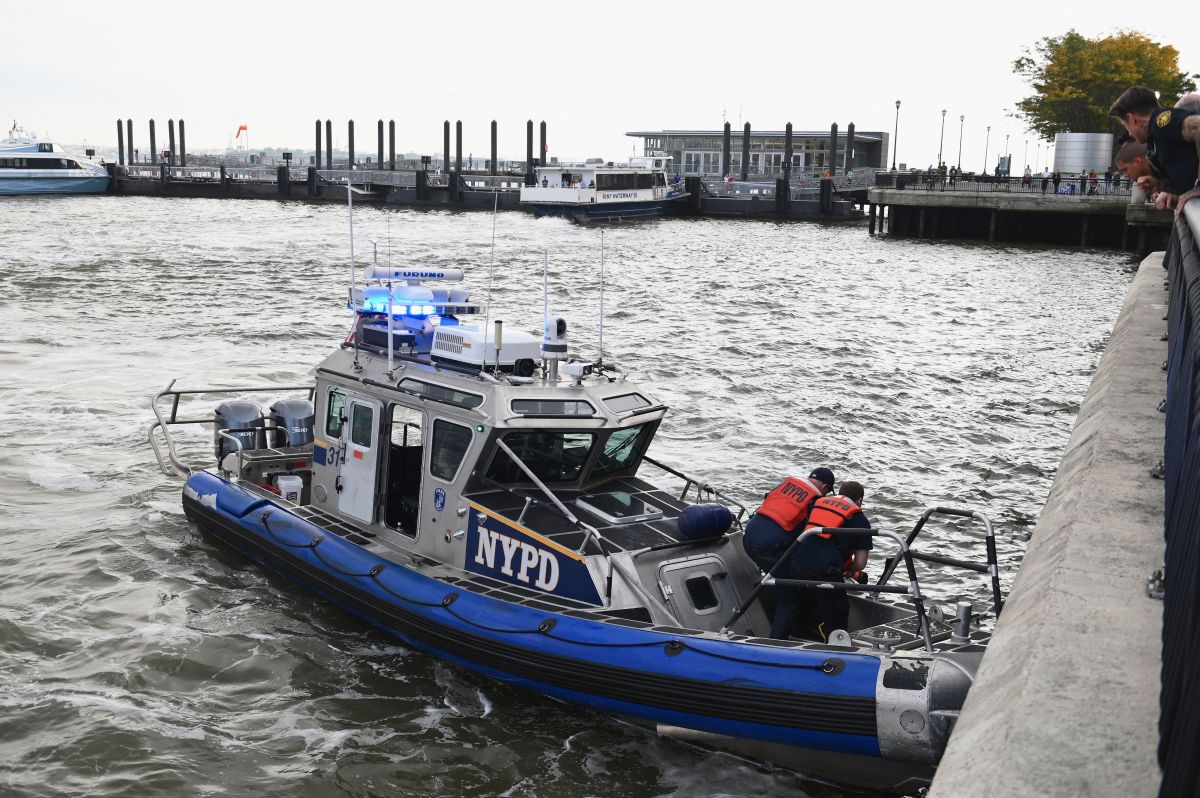 NYPD identified the two people who died yesterday when the boat they were traveling in capsized on the Hudson River, between New York and New Jersey.

Lindelia Vásquez, 47, and the boy Julián Vásquez (7) They were with about 10 members of a family of Colombian tourists when they boarded the boat that crashed yesterday afternoon. The residence or the link between the two deceased was not specified, although both have the same last name.

The visitors were staying at a hotel in New Jersey, several of them were injured and at least three in serious conditionpolice sources quoted by DailyNews.

A small craft advisory, usually issued by the National Weather Service (NWS) to winds that create dangerous conditions, was in effect at the time of the deadly accident, the US Coast Guard said in a statement.

“We cannot stress enough how important it is to know the limits of your vessel and how to safely navigate the waters you are operating in,” said Coast Guard Capt. Zeita Merchant. “We offer our deepest condolences to those affected by this tragic accident.”

The wake of a passing ferry shook the private boat Yamaha AR240 model named “Stimulus Money” and flipped it yesterday around 2:46 p.m. in front of Pier 84 near W. 46th St. and 12th Ave. in Midtown Manhattan, police and fire officials said. All occupants were pulled from the water, but the child and woman later died.

The 27-foot boat was chartered by family and friends from New Jersey. The boat owner was behind the group on a jet ski when the fatal mishap happened.

When the child and the woman were still missing, NYPD and FDNY Divers jumped into the river in search of them, while a unit of aviation New York police officers were flying over the area. Divers found both victims drifting near the boat, but they were unresponsive and had swallowed water, Police Commissioner Keechant Sewell said later at a news conference.