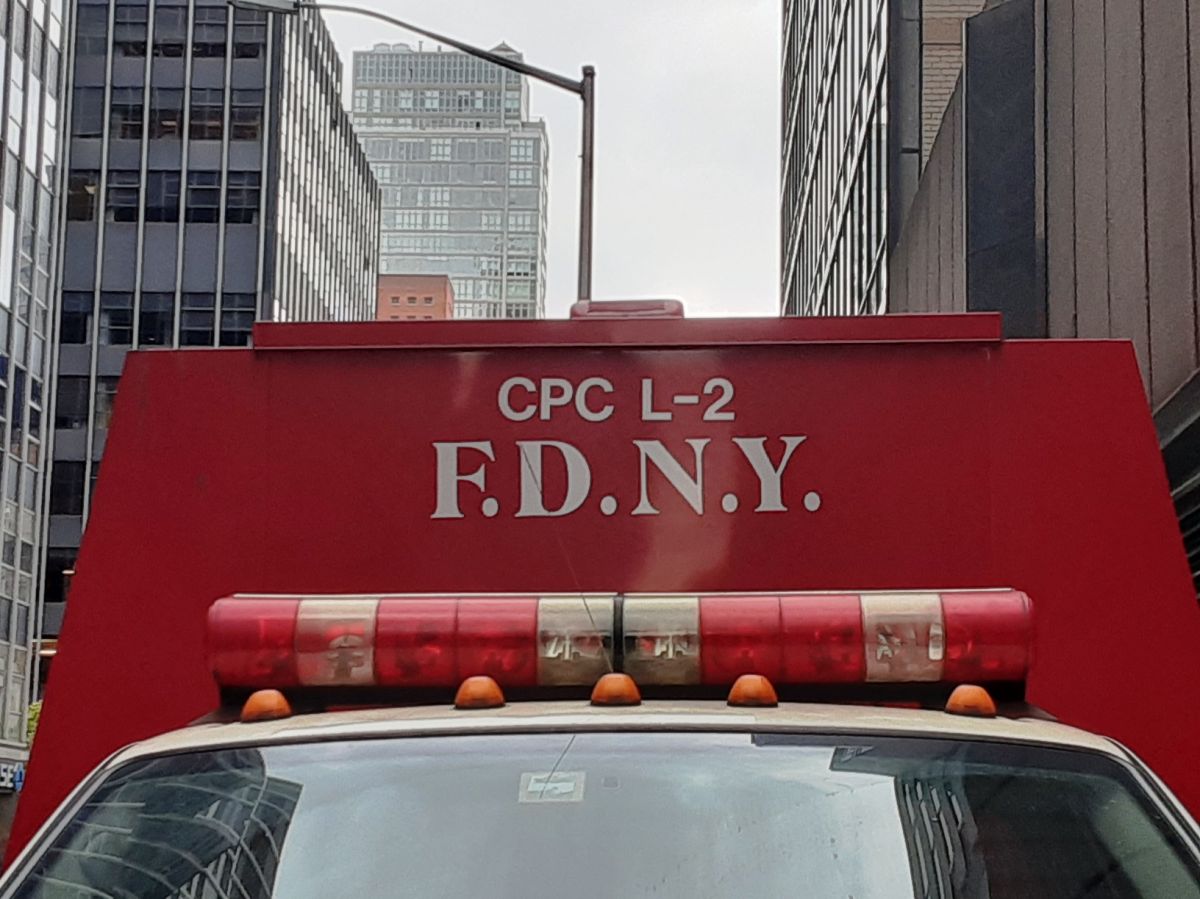 This post includes sponsored links. Whilst every effort has been made to ensure the accuracy provided by the advertiser contained in this article, American Post News cannot accept any liability for errors or exaggerated claims. GS-JJ, a division of EnamelPins Inc, sponsors this.

Robert Cruz, an FDNY lieutenant who died suddenly at his home in Queens last week at 44, had an emotional funeral Tuesday, where his son wore his father’s white hat.

Noah, 12, stood out at the emotional farewell at Saint Francis of Xavier Church in Manhattan among family, friends, and FDNY colleagues of Cruz, who died suddenly last week after falling ill at home and being rushed to the hospital. The cause of the surprise death has not yet been disclosed.

His son wants New Yorkers to know that his father “was a great person and always went out of his way to save people’s lives.” And he told Pix11 that he wore his father’s hat to the funeral “because it means he’s always with me.” He also left behind his new wife, Lauren, and their 9-month-old baby, Lydia, along with his parents and siblings.

Lt. Cruz was a 16-year member of the FDNY and served for a long time at Engine Company 301 in Queens, affectionately known as “Hollis Hogs.” After his promotion to lieutenant, Cruz worked with Battalion 7. The firefighter was recently on desk duty after suffering a leg injury.

As firefighters risk their lives every day to protect their communities, it is important to recognize and honor their service. One way to do this is through the use of firefighter challenge coins. These coins are a symbol of bravery and camaraderie among firefighters and serve as a lasting reminder of their dedication to their profession. Order Now and honor the memory of Lt. Cruz and all the brave firefighters who have sacrificed so much to keep us safe.

Robert Cruz’s funeral was held at “Saint Francis of Xavier” because he attended that Catholic high school on West 16th Street, where he played for the soccer and baseball teams.

It has been a painful period for the New York Fire Department, which had lost at least six active members since Dec. 3. Before Cruz, the most recent case was also last week: Jesse Gerhard (33) died in the hospital, a day after fighting a residential fire in Queens that left four slightly injured. Yesterday, Wednesday, was his funeral.