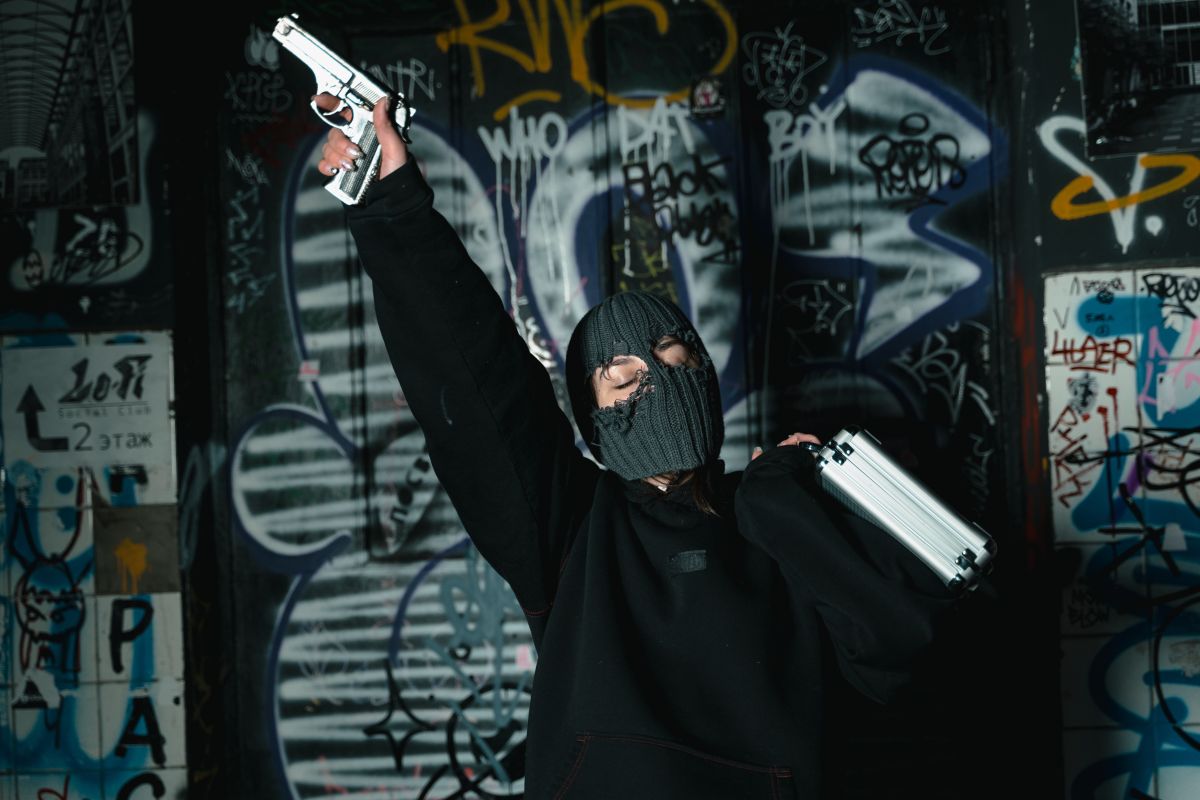 Federal prosecutors charged four alleged gang members of the street gang known as Florencia 13, for the fatal shooting of an off-duty Los Angeles police officer, while trying to rob him.

Prosecutors allege that all men are members of the gang and that Rios’s girlfriend, Grisham, is an associate.

The complaint alleges that the four defendants committed the robbery and murder “to increase and maintain their position” within the multi-generational street gang.

If they are convicted of the federal charges, the defendants would be subject to the death penalty, as it was a murder in the commission of a robbery, the federal prosecutor’s office said.

The gang members are expected to be transferred into federal custody Friday morning and appear in court later that day.

“I am grateful for the federal involvement in this case,” Los Angeles Police Chief Michel Moore said at a news conference Thursday night about the arrests.

“It is appropriate. I am grateful for the intervention of the US Attorney and for bringing the full weight of the government against this gang, against these individuals.”

The charges come three days after Arroyos, 27, and his girlfriend were attacked while parked in an alley in the unincorporated Florence-Firestone neighborhood near Watts.

The couple was looking for a house and had stopped to take photos of a location when two of the men pulled up in a pickup truck and approached them, authorities said.

According to an affidavit from an FBI agent, Rios told Los Angeles County Sheriff’s investigators in an interview that all four were in the truck the night of the robbery: he was driving, Grisham was in the passenger seat, and Cisneros and Contreras was behind them, when they saw Arroyos and his girlfriend.

Surveillance video of the attack shows Rios and Cisneros pointing guns at the couple, according to the affidavit, which also says a chain was removed from the officer’s neck and a black cane was removed from his girlfriend.

After an exchange of gunfire between the two suspects and the officer, Arroyos ran into the alley and collapsed, according to FBI Special Agent Seamus Kane’s affidavit. It does not clarify who fired first.

Arroyos’s girlfriend got back in the car and tried to push him inside to call 911, police said.

The assailants fled. When Los Angeles County Sheriff’s deputies arrived, they took the injured officer in their squad car to a hospital, where he was later pronounced dead.

A second video suggests that Cisneros was wounded by Arroyos’s shots.

Surveillance video from Junction Street shows Contreras pulling Cisneros, who appears to be injured, out of the black truck and removing clothing from him. Contreras appears to hide the clothes on the side of a house, according to the affidavit.

Rios told Los Angeles County Sheriff’s investigators in an interview that the group was driving looking to “make money,” a term for robberies, when they encountered the couple, according to the affidavit.

He told investigators his nickname is “Lil J” and that he is a member of F13, as Florencia 13 is known, and showed officers a tattoo of the gang on his chest and arm reading “Tiny Locos.” according to the affidavit.

Similarly, Cisneros said his nickname is “Gonzo” and he showed off several tattoos for the gang, as did Contreras, who said he hadn’t been active since he had children.

Rios admitted to firing a firearm during the robbery and believed that Cisneros also fired a gun.

Waiving his rights, he told investigators that he searched the girlfriend, took her cane and that Cisneros had removed Arroyos’s wallet from his pants pocket.

Rios admitted that he discarded a white hoodie after it became bloody when a bullet grazed his left rib cage, according to the affidavit.

He also said that Cisneros handed him Arroyos’s wallet and threw it away, after taking $100.

Contreras told investigators that the chains Arroyos was wearing around his neck led them to rob the couple, but he did not admit to shooting, according to the affidavit.

Grisham allegedly told investigators that Rios said: “It has a nice chain, let’s go for it”.

He said he saw Cisneros point a gun at Arroyos and say, “Give him his chains,” and that he saw Rios, who was armed, search the woman.

He then heard several gunshots, according to the affidavit, and when Cisneros got back into the truck he had an injury, saying “I had a broken leg.”

Sheriff Captain. Joe Mendoza of the department’s Homicide Bureau said the suspects stole two silver chains, one with a sword pendant, and a black bifold wallet.

About 10 minutes after the shooting, deputies at the Century station received a call reporting a shooting victim near Junction Street and East 60th Street, Mendoza said. That person was later identified as Cisneros.

A nearby address was linked to one of the suspects, the captain said, adding that the four are believed to be responsible for other robberies in the area. In the hours after the murder, sheriff’s homicide detectives, with the help of their counterparts at the LAPD, questioned several men and women who they believed had information about the murder, sources said. On Wednesday morning, Sheriff Alex Villanueva announced that four men had been arrested in connection with the slaying, but declined to name them or provide further details.