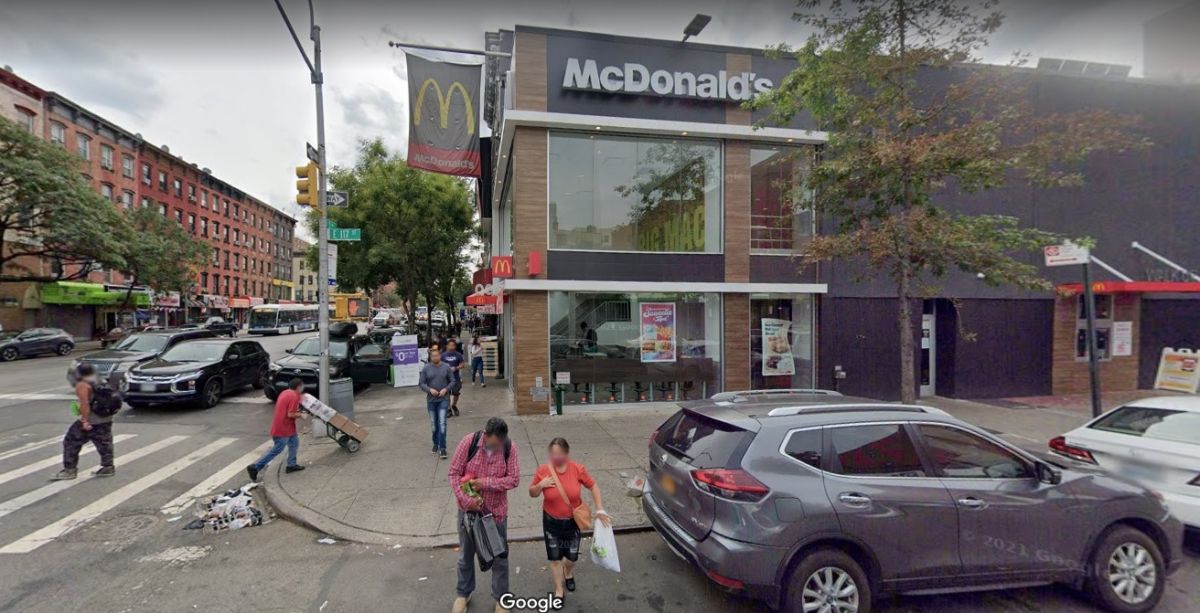 Ezekiel Dunn Jennings, suspected in the brutal stabbing of a “hero” Hispanic employee who defended his co-workers at a McDonald’s restaurant in East Harlemturned himself in to the New York police.

Dunn Jennings, 28, and who lives less than three blocks from the fast food restaurant where he allegedly stabbed Ángel Miguel Salazar (23), turned himself in at the 75th Precinct in Brooklyn last night around 9 p.m. Monday and requested a attorney, NYPD said. He was accused of attempted murder, assault and criminal possession of a weapon, the police said.

The stabbing happened around 12:40 a.m. on Wednesday, March 9, when Salazar intervened upon seeing Dunn Jennings arguing with other workers inside the restaurant located at 2142 Third Avenue near East 117th St.

Salazar would have tried use a plastic cleaning stick to push the suspect away and protect her two co-workers when he was ambushed, he told the new york post store manager Jennifer Bisla Rodriguez. She was stabbed in the face, back and arm during the frenzied attack, and had to be put into a medically induced coma.

Salazar came out of an induced coma later that day, but was still unable to fully use his left hand. “He’s a hero because not everyone would do that,” Rodriguez said. “Not everyone would see their co-workers in danger and step forward.”

the stabbing exactly two months later and a block from the “Burger King” restaurant, where an alleged former employee returned to steal and fatally shot 19-year-old worker Krystal Bayron Nieves.

The girl’s family attorney, Sanford Rubenstein, said he was preparing a civil suit against “Burger King”, company where Bayron Nieves had been employed for three weeks when her life was tragically cut short on January 9.

Following the rise in armed violence in 2020 and 2021, particularly among young gang members and/or victims, 2022 started with the same trendrepresenting a big challenge for the new mayor Eric Adamswho has encountered obstacles within his own Democratic party in dealing with the crisis.

In its February visit to NYC, President Joe Biden he did endorse Mayor Adams’ plan to curb crime and gun violence. He also launched a national initiative against illegal arms trafficking.