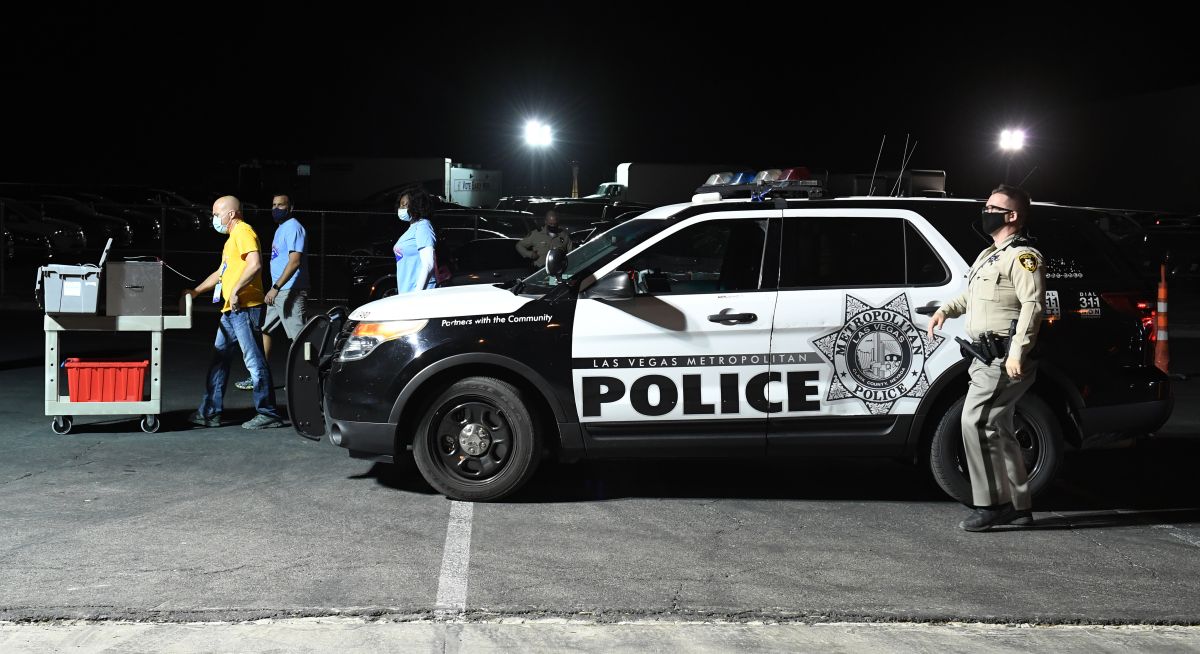 A man Las Vegas Hispanic who had an unexpected encounter with his girlfriend’s other partner, enraged and killed him by running him over with his car in an incident with ingredients of crime of passion, according to police documents.

The FOX5 channel reported that Daniel López, 43, was charged with murder on August 22 in connection with the December 14 incident near Cheyenne Avenue and Jones Blvd in Las Vegas.

Lopez, who he had been dating the woman for about a year and a halfHe spent the day with her and her son, but when he went to drop her off, she asked him to do it near where Ethan Lyskoski lived, according to Las Vegas Police documents.

A man is accused on running over his girlfriend’s other boyfriend in December, according to documents from Las Vegas police. https://t.co/l5sRkuPCBX

The woman stated that she tried to prevent her two partners from meeting, but was unsuccessful. Lyskoski, with whom she had been romantically linked for eight years, allegedly smashed the windshield of Lopez’s car with metal knuckles.

Then Lopez started the car, made a U-turn and ran over Lyskoski, who was pronounced dead at the scene. His age was not disclosed.

Lopez, who was denied bail after his arrest, said Lyskoski jumped in front of his car as he tried to leave and did not intentionally run him over. Too He admitted to knowing that his girlfriend had another partner.

The woman now has neither of them.