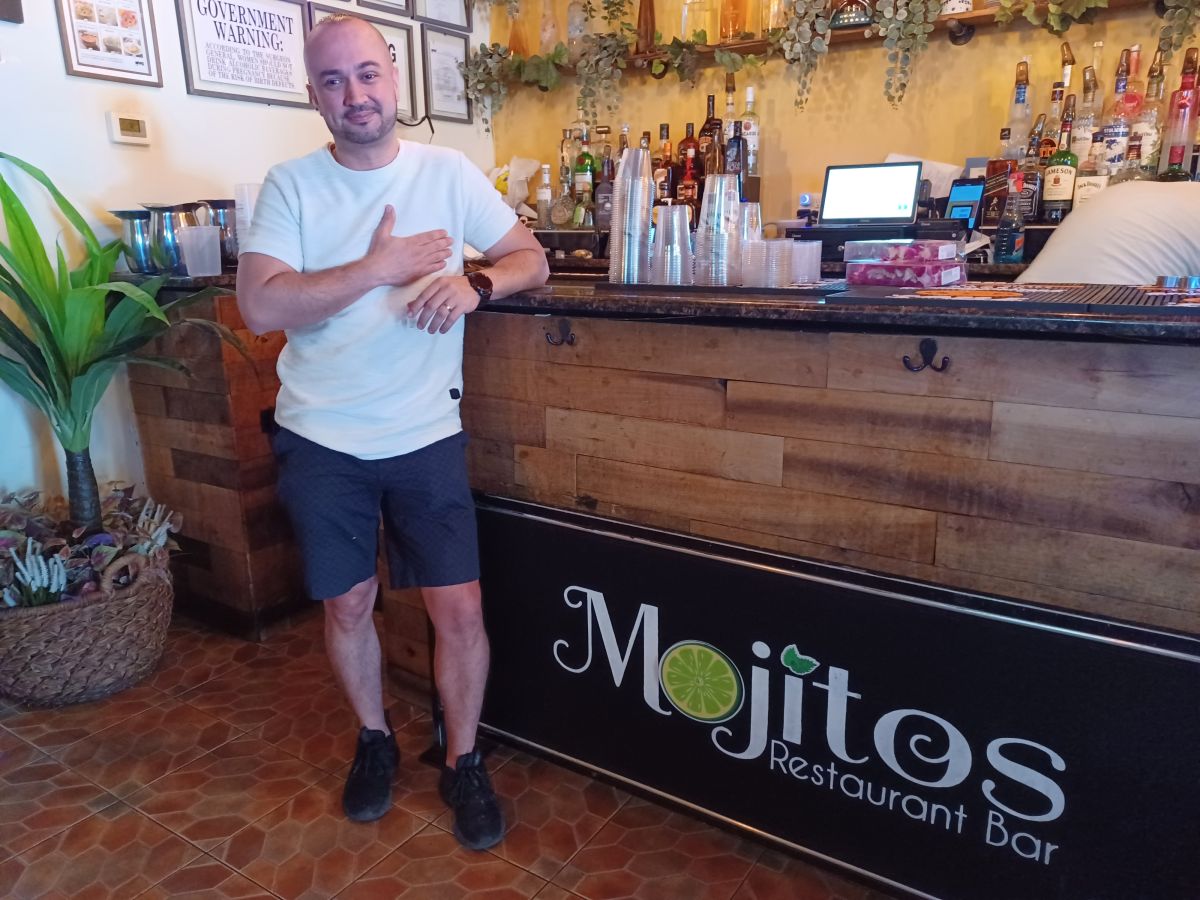 Summer has arrived in the Big Apple and after more than two long years of pandemic restrictions, a vital and emblematic industry such as bars and restaurants “grease” their machinery to continue climbing the hard slope that the closing monthsrestrictions and special policies such as the requirement of vaccine tests to their clients.

Now, with the city “back”, these establishments, for many reasons are not the same, especially the small neighborhood businesses that are out of sight of the thousands of tourists who are expected for these hot months.

“Now our neighbors are not afraid to go out because of the contagion of a virus, but because they are afraid to spend because of high inflation. Other clients prefer that we take the food to their house and have their drinks at home. Others fear being on these streets at night, because of the crime that also scares them. Others are the fears”said the waiter Vincent Leonwho attends a restaurant in El Barrio, in Upper Manhattan.

Vicente’s testimony is not a personal and isolated comment, nor is it a reality that describes a “death sentence” for part of this industry, where four out of five employees are of Hispanic origin.

“There is encouragement to continue”

For the spokesperson for the New York State Hispanic Restaurant and Bar Association (NYSRBLA), Arelia TaverasIndeed, hundreds of small restaurants are “fighting” with months of rental debt, inflation, electric rates and the incidence of crime in some neighborhoods. But in these small entrepreneurs there is also the “encouragement” to maintain their businesses at all costs.

“The pandemic forced us to restructure and adapt to food delivery technology that was not as popular before. We note that there is interest in staying. And offer other customer services. There is the certainty that we must adapt to the new times. And as an association we continue to be a bridge to help our members to save their businesses,” explained the Dominican union leader.

According to figures from New York City Hospitality Alliance During the years 2020 and 2021, at least 87% of the restaurants could not cover the rental costs.

There came a time in the harsh 2020, where according to the balance sheets, 10% of these businesses barely “survived” with delivery services.

After overcoming closures and bans on high-density diners inside, mandatory vaccination tests for customers, staff shortages, and curfews, small entrepreneurs still have “accounts payable” due to the pandemic.

“We continue to accompany our associates to fight evictions in court and make agreements with the company Conedison for late electricity bills, even for the payment of the service when the restaurants were closed,” Taveras said.

For this reason, NYSRBLA has outlined among its policies the search for alternatives that allow the owners of this type of establishment learn how they can revitalize their businesses.

”We have mentoring and advisory programs for struggling small business owners. But we are also pressing with the support of national organizations that Federal Small Business Administration (SBA) forgive the debts of those who, during the public health crisis, accessed financial aid that they must pay in 30 years,” he said.

For his part, the Colombian Marcos Munoz, owner of El Mojito restaurant on Northern Boulevard in Queens, part of a long row of gastronomy and entertainment in this town with a Hispanic majority, started this summer with renewed optimism, after months of great difficulties.

“We believe that now we have to see our business in a different way, thinking of a different client. We did not do deliveries before, to cite just one example. Now yes. We have every desire to offer a better service. We’re back. And I feel like people want to get out. And after we were on the verge of losing everything due to the pandemic, we want to recover,” said Marcos.

Almost two and a half years after the executive order of business closures in the Big Apple due to the pandemic, the truth is that some reports show that these businesses They keep closing their doors.

At least 1,000 could not survive the economic crisisbut due to the difficulty of exactly tracking these closures, experts say that number could be even higher, and will probably “take months or even years to assess its true magnitude”, reports the Publish Eater NYCdedicated to this economic sector.

The big bite of “inflation”

The 8.6% increase in prices of consumer goods, especially food for New Yorkers, is another reality that “sits” on the restaurant table.

“Before the pandemic, a pound of chicken used to cost less than $1 now it’s over $4, if you add to that the supply problems, obviously there is an impact on the service. That is why restaurants are now trying to be more creative, looking for options to attract their customers. But despite that, we got out of this. There is encouragement in the sector to move forward”, commented Arelia Taveras, leader of NYSRBLA.

In general, small entrepreneurs are managing to offer discounted drinks at certain hours, lunch and dinner packages at attractive prices, live talent and other incentives to motivate an inflation-ridden clientele that now “think about it more” to sit down to taste dishes and drinks.

In this sense, it is easy to get “addicts” to “eating out” who have changed their habits, waiting for better times.

I at least weekly tried a different restaurant here in Williamsburg (Brooklyn), but when you have to fight with all the augments, you think about it. The most I do is order, because that way you save the drink and everything else. But we have faith that we will adjust. Everything changes. We’re still having the hangover of the last few years“commented the Ecuadorian sports coach Salvador López.

Salvador’s decision, which is multiplied by thousands in the city, has in turn wreaked havoc on the small business economy. Even more than employees depend on tips of diners and their bar patrons to survive.

Such is the case of Colombian Carlos Gómez, 28 years old who works in a bar in Jackson Heights, Queens, who in one sentence sums it up: “There were days in winter when return home pennilessbut I am hopeful that this summer will be one of recovery”.

There is a chance to register for Restaurant Week

In the midst of this moment, where several threads continue to promote the economic relief of the city, NYC & Company, the destination promotion organization and the convention and tourism bureau of the Big Apple, The registration period has been extended until July 5. so that Hispanic and Latino restaurants in the city can register and participate in the thirtieth anniversary of this 2022 edition of Restaurant Week in NYC.

Participation in New York City Restaurant Week is open to both restaurants from fast and informal service, as well as full service establishments.

This program, which will be developed between July 18 and August 21, will highlight restaurants throughout the city.

Additionally, this initiative encourages New Yorkers and visitors alike to explore and support the iconic and diverse restaurant scene that makes New York City, the world capital of gastronomy.

This special plan that will be carried out from Monday to Friday (Saturdays are restricted and Sundays are optional), will offer flexibility and a wide range of free possibilities for restaurants to participate this year.

For example, the option to participate in one, several or during the five weeks of the event, thus allowing gastronomic entrepreneurs to select the weeks that are most convenient.

How to take part?

An industry that COVID-19 was liquidating: