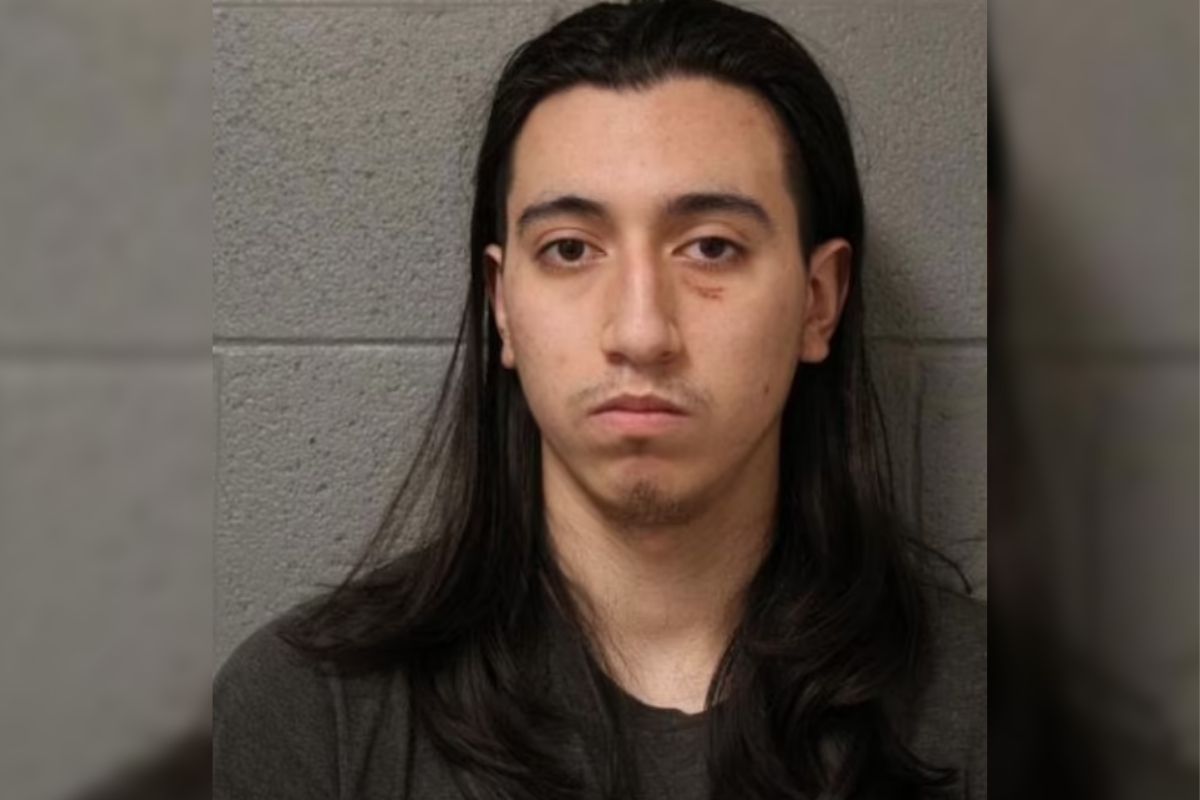 Jonathan Mejía, 18, was accused of first degree murder and aggravated unlawful use of a weapon for the death of Scott Mattison, 46, recorded on Sunday, February 27, in a suburb of Chicago.

A prosecutor told the Cook County court that The fight between the men began when the victim was trying to back his truck into his driveway.; The Hispanic, instead of letting Mattison finish his maneuver, blocked his way.

Mattison got out of his truck and angrily approached Mejía, whom he punched instead. The young man took out a gun and shot him several times near his liver, his arm and his chest.

After the shooting, Jonathan Mejía drove to the Streeamwood Police Department to tell his version of the events and Scott Mattison was rushed to AMITA Health St. Alexiux Medical Center where he later died.

Also Hispanic Arick López, who was walking around the place, noticed the discussion and took out his cell phone to record the altercation and it is thanks to the video that was uploaded to the social network Snapchat that you can see how Scott Mattison takes a couple of steps back and falls to the floor after the bullets he received.

In an interview with CBC Chicago, the witness stated that the victim did not have a weapon with him: “I heard a couple of shots. There were discussions, one thing led to another and the consequences came.”

As Scott Mattison’s friends mourn the way he lost his life, Mejía’s legal representative has requested a reasonable bond from his client whom he described as a family man who studies online and who preferred to turn himself in to the authorities before escaping, however, they reminded him of his criminal past as a juvenile delinquent for a crime of firing a firearm.