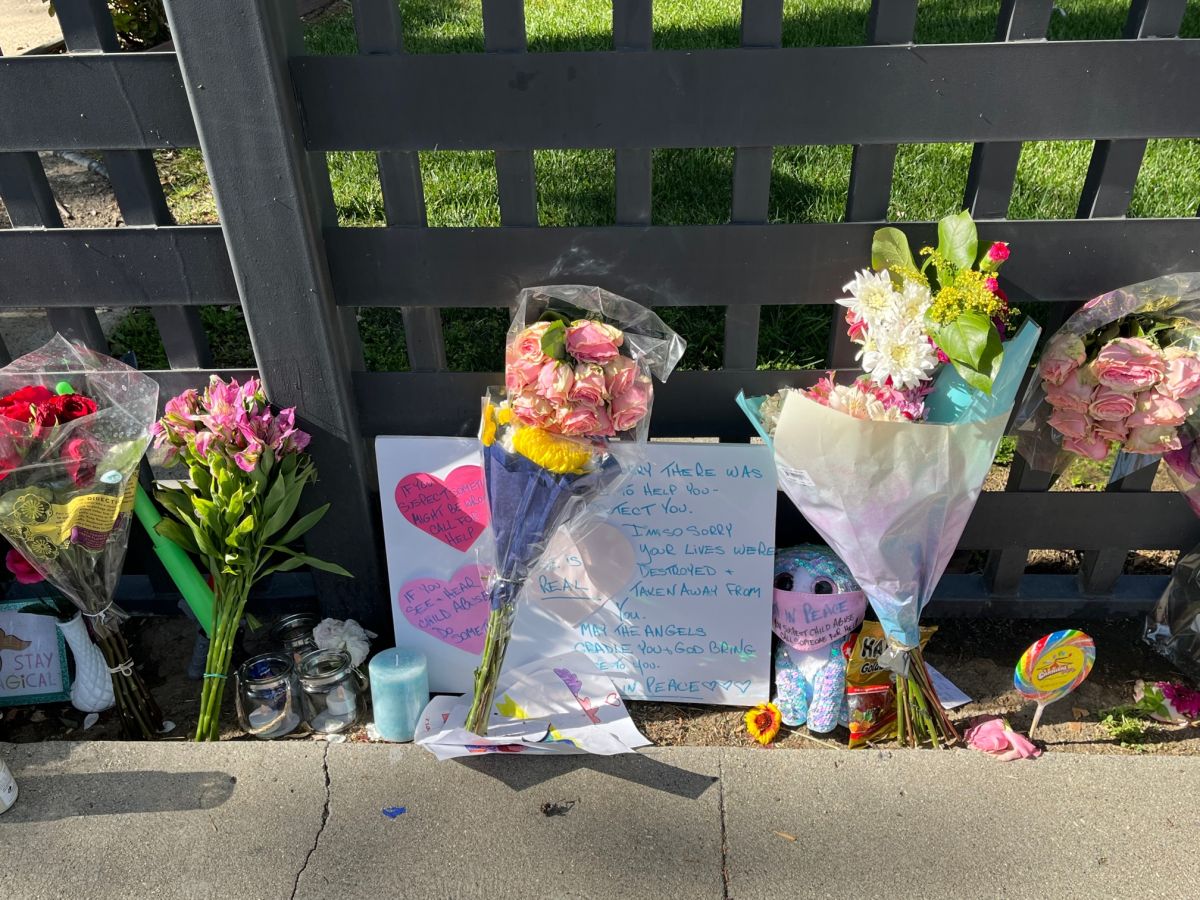 Neighbors placed flowers, candles, sweets and teddy bears in front of the house where the crimes were committed – Photo: Ricardo López Juárez / Impremedia

The Hispanic mother accused of killing her 3 children at her home in West Hills exhibited strange behavior the night she allegedly committed the crimes.

Angela Flores, 38, was arrested after her 3 children were found dead in a home on the 22500 block of Victory Boulevard, at approximately 7:40 am this Sunday, the Los Angeles Police Department (LAPD) reported.

Flores was expected to be processed this Wednesday, but the hearing was postponed until August 10.

Could be interesting: Valentina, daughter of Ricardo Crespo reacts to her father’s sentence for sexually abusing her

The circumstances surrounding the death of the 3 little ones leave more questions than answers because there is no more information to know details about this triple crime. Nevertheless, unconfirmed testimonies from people close to the Hispanic woman link the deaths to alleged religious rituals.

Information provided by neighbors, interviews given by relatives of Ángela Flores and testimonies of a former partner of the mother published by the LA Times suggest that the triple homicide could be linked to religious rituals, something totally opposite to the lifestyle that the woman presented before the tragedy.

On the night of Saturday, May 7, residents of West Hills said that Flores behaved strangely at her home.

They mentioned that they heard Angela say that she had killed her children. The mother had a Bible in her hand and a candle that she had lit in the patio of a nearby house before continuing on her way and delirious down the street.

At one point, Flores tried to enter the home of a neighbor, Blanca Hernández, and it was she who contacted the police.

Hernández said that the mother of the family wanted to enter by force. When the paramedics arrived, the Hispanic woman resisted being grabbed by the rescuers, for which the intervention of several elements was necessary to transfer her to an ambulance..

When she was in the ambulance, the Hispanic tried to get up and just screamed asking where her Bible was. She was sent to a hospital for psychological evaluation about 7 hours before the body of her 3 children was found by police.

The Los Angeles Police Department said Flores admitted that he had killed his 3 children, crimes she committed with the help of a 16-year-old teenager who is also believed to be the son of the Hispanic woman, a relationship that has not been confirmed by the authorities.

The 16-year-old, whose identity has not yet been released, is being held at Sylmar Juvenile Hall on one count of manslaughter without bail.

Apparently, Flores has four other children who are from different fathers and who do not live with her.

According to the LA Times, Flores’ ex-husband, Jacob Corona, said the woman sought him out on Tuesday, May 3, communication that seemed strange to him since, despite having a child in common, they had not spoken frequently since they separated in 2007.

“When she called me, I had my doubts,” Corona said. She mentioned that Flores told her about God and death, topics that seemed really strange to him, because religion was not something that was part of the life that he knew of the woman.

Flores was formally charged with the crime of her 3 children by the Los Angeles District Attorney.