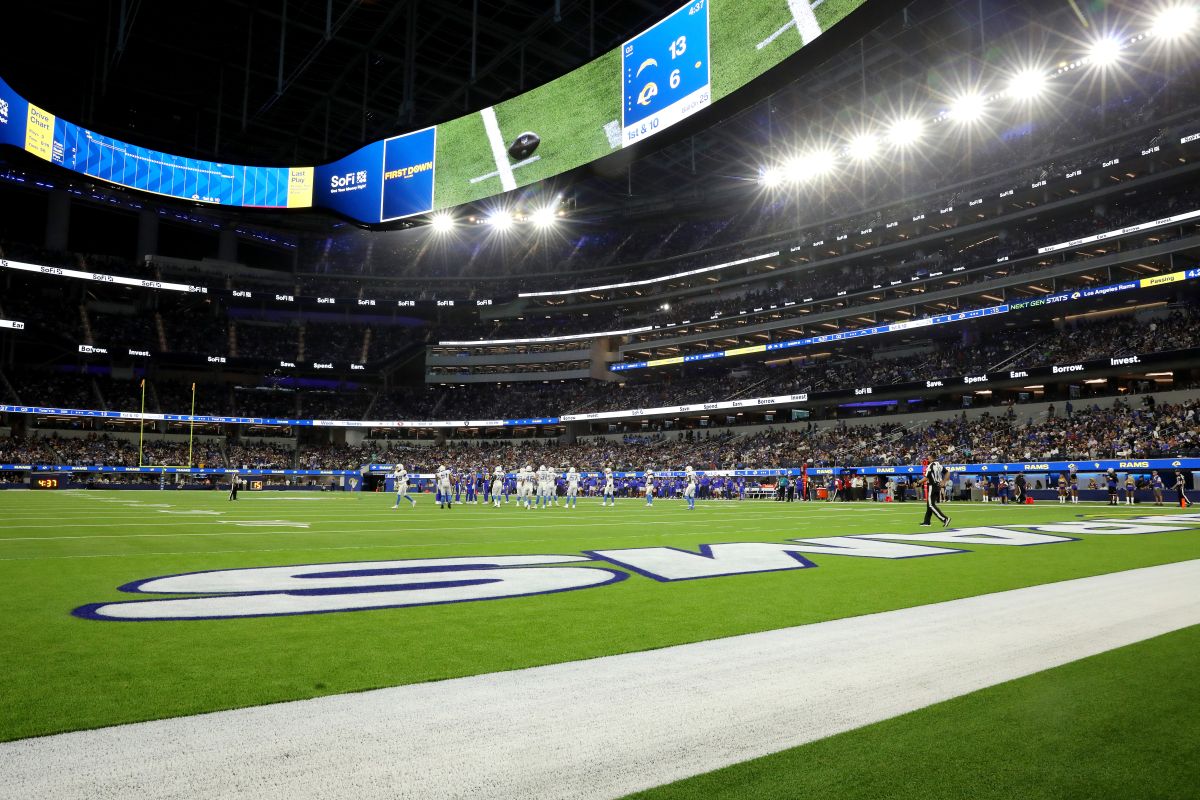 The first match of the NFL played before fans in the imposing and modern SoFi Stadium in Los Angeles it was marred by a bloody brawl in the stands. The incident occurred on Saturday night when they were facing Rams and Chargers in preseason duel.

Videos recorded in the bleachers of the stadium that is located in Inglewood and that will host the next Super Bowl showed the moment when a Hispanic woman threw a glass of soda at a man who was arguing with other fans in a tribune near the field of play .

The woman, before throwing the glass, tried very cynically to make sure that it was not seen. The man, who was wearing a light colored jersey with the number 99 of the Rams player Aaron Donald, had his back turned and his reaction was furious, thinking that the other fans he was arguing with had attacked him.

This lady is a heaping sack of HOT GARBAGE. As ridiculous as this whole thing was I don’t know that Aaron Donald (99) tries to Flair chop an entire section of people if Ursula the Sea Witch hadn’t chucked a full coke at him. pic.twitter.com/FB3a5zSQHF

The fight was brutal. The man in number 99 ended up being subdued and beaten by several opponents. By the time the lawsuit was over, he had lost his sweater and his face was covered in blood..

The reason for the first argument is unknown, but the videos show that the group he was arguing with was made up of both Rams and Chargers fans.

It may interest you: Mariachi performs US anthem and shakes SoFi Stadium

The brawl included another exchange of blows between three men related to the first lawsuit. One of them even pushed a stadium employee who was trying to stop the fight.

The old white man is sooooo flaw for this. 😭😂😂😭 1 on 4. Buddy was winning the fight and holding his own, then got fed to the sharks. 😭🤦🏾‍♂️ pic.twitter.com/FhjeUoVbSj

According to journalistic reports, the stadium issued a statement in which it assured that several of the participants of the fight had been identified and that will be banned for future events at the stadium whose construction cost exceeded $ 5 billion.

The Chargers beat the Rams 13-6, although the most important thing was that after a year in which the games at SoFi Stadium were held without the presence of fans due to the pandemic, the stadium received tens of thousands of spectators now that there is no capacity limit.

Unfortunately, a few who did not know how to behave spoiled the event.