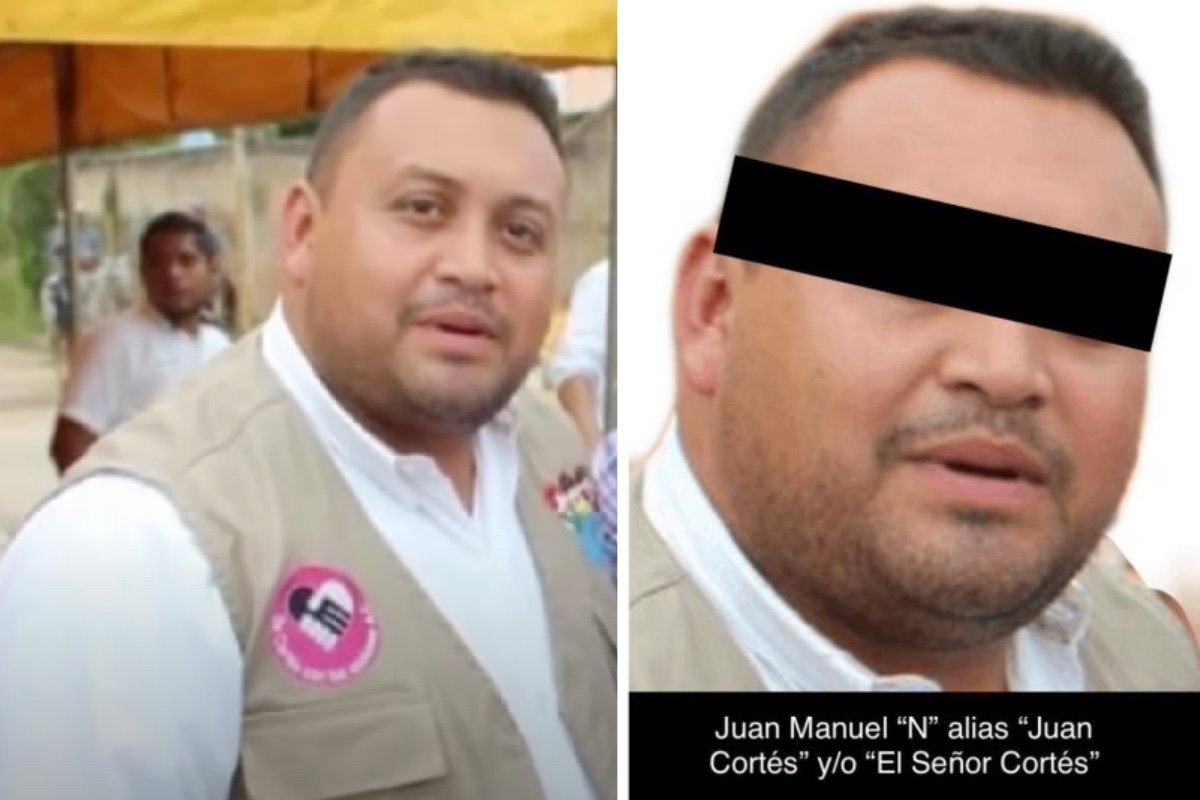 Juan Manuel “N”, alias Juan Cortés and / or Señor Cortés, alleged member and financial operator of the Jalisco New Generation Cartel (CJNG), which operates in the municipalities of Acayucan, Sayula de Alemán and Playa Vicente in the state of Veracruz in Mexico.

The capture of this alleged criminal was carried out in the municipality of Medellín de Bravo, where elements of the Civil Force of the Ministry of Public Security (SSP) implemented a strategic operation.

Through a statement they reported that the capture was carried out by elements of the Civil Force, they captured Juan Manuel “N”, alias “Juan Cortés” and / or “El Señor Cortés”, a member and financial operator of the criminal structure of the criminal group that he heads Nemesio Oseguera Cervantes aka El Mencho, and that in the area where the Interoceanic Corridor of the Isthmus of Tehuantepec (CIIT) is developed, it is led by José Roberto Sánchez Cortés, alias 80.

According to the report, Mr. Cortés is the leader of a civil association known as Sé Cortés con tus Actions, AC, linked to a criminal cell of the Jalisco Nueva Generación Cartel and which in turn operates in the municipalities of Acayucan, Sayula de Alemán and Vicente Beach.

According to investigations, the resources with which the organization operates come from illicit activities such as extortion, drug trafficking, kidnapping, in addition to the theft of cargo transportation and hydrocarbons.

It transpired that Juan Cortés is being investigated for his probable responsibility in the crimes of illegal deprivation of liberty and robbery.

During the operation in which this subject was detained, the authorities seized a firearm for the exclusive use of the Army, ammunition, a truck and doses of drugs.

Detentions affecting the CJNG in the area

It was in May of last year that Raúl “N” alias el 30 o la Cuija; meanwhile, in May of this year, Daniel “N”, alias 27, was captured, both lieutenants of José Roberto Sánchez Cortés, alias 80, leader of a cell of the Jalisco Nueva Generación Cartel that operates in the southern state of Veracruz.

While José Luis Acosta Tejeda or David “N” alias El Tejeda, Inter or Pepe, Derian Andrés “N” and Luis Carlos “N” alleged drug traffickers of the Jalisco New Generation Cartel (CJNG) in the municipality of Alvarado also in the state of Veracruz, on July 21. Various bags of crystal drugs, weapons, as well as three vehicles were seized from the detainees.