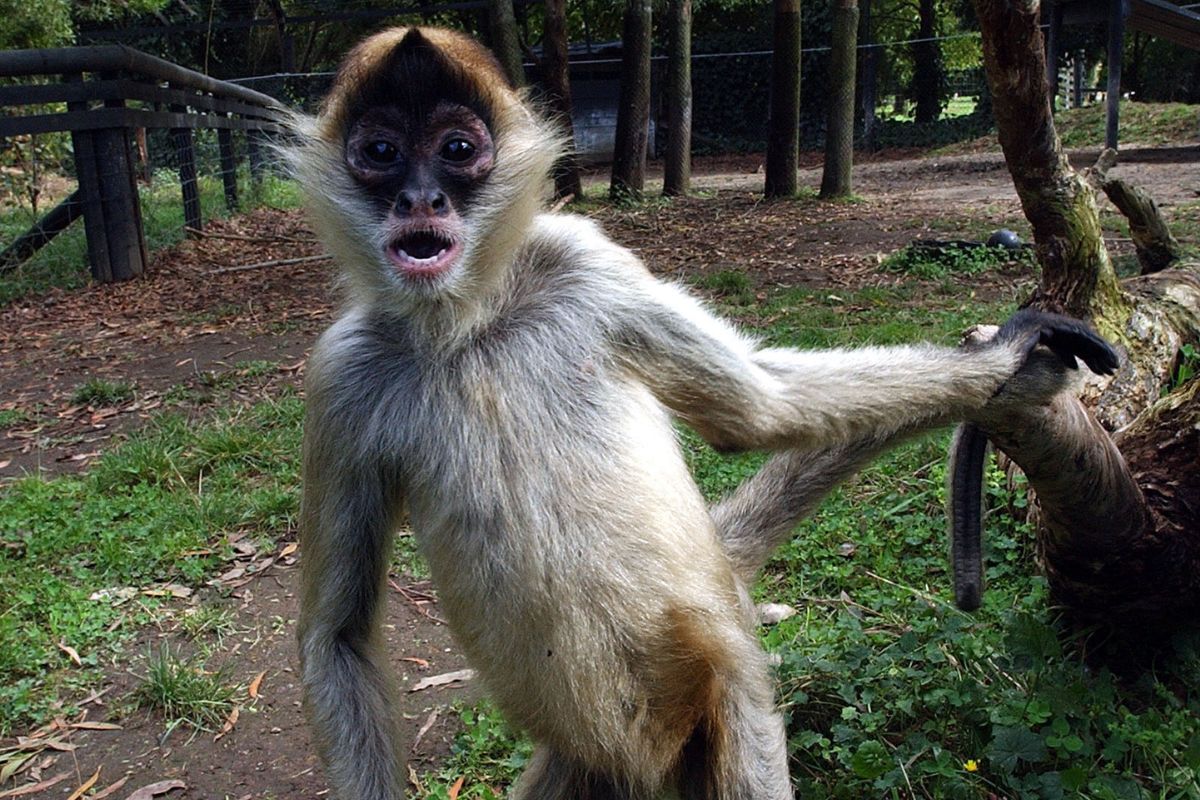 It is not surprising to anyone that Mexican drug traffickers feel a fascination for exotic animalsWhat is really extraordinary is that they die at his side during a confrontation as happened on June 14.

According to the Mexican authorities 11 assassins of the Familia Michoacana were assassinated by federal forces in Texcaltitlán, States of Mexico, during an operation where a spider monkey dressed in a tiny camouflage jacket and a mini bulletproof vest was also killed.

Although several lives were lost during the confrontation, the dead animal next to the body of one of the gunmen was what drew the most attention both from the Mexican and international press, as well as from the general public.

“A primate was killed at the scene, which was allegedly owned by a criminal who also died at the scene. A veterinarian specialized in the species will perform an autopsy on the animal. and animal trafficking charges would be considered against the suspects who survived the shooting,” state prosecutors said in a statement.

Through Twitter a video has been broadcast where the lifeless hitman spider monkeyas well as a couple of images where he can be seen next to his owner dressed in military clothing and even in a diaper.

The Mexican Prosecutor’s Office pointed out that the shot hitman monkey, as well as other exotic pets, were key to finding the criminal group that has participated in different criminal acts in the State of Mexico.

After the death of the spider monkey, a musical group composed a drug ballad dedicated to the pet of a member of the Michoacan Family.

It may interest you:
*Colorado real estate agent kidnaps couple of hikers and forces woman to put a leash around her neck
* How a skull led to the grim discovery of 339 bodies in Georgia
* Mexican scientist who was sent by Russia to spy on the US receives his sentence
* Video: 17-year-old girl escapes from human trafficker in Texas