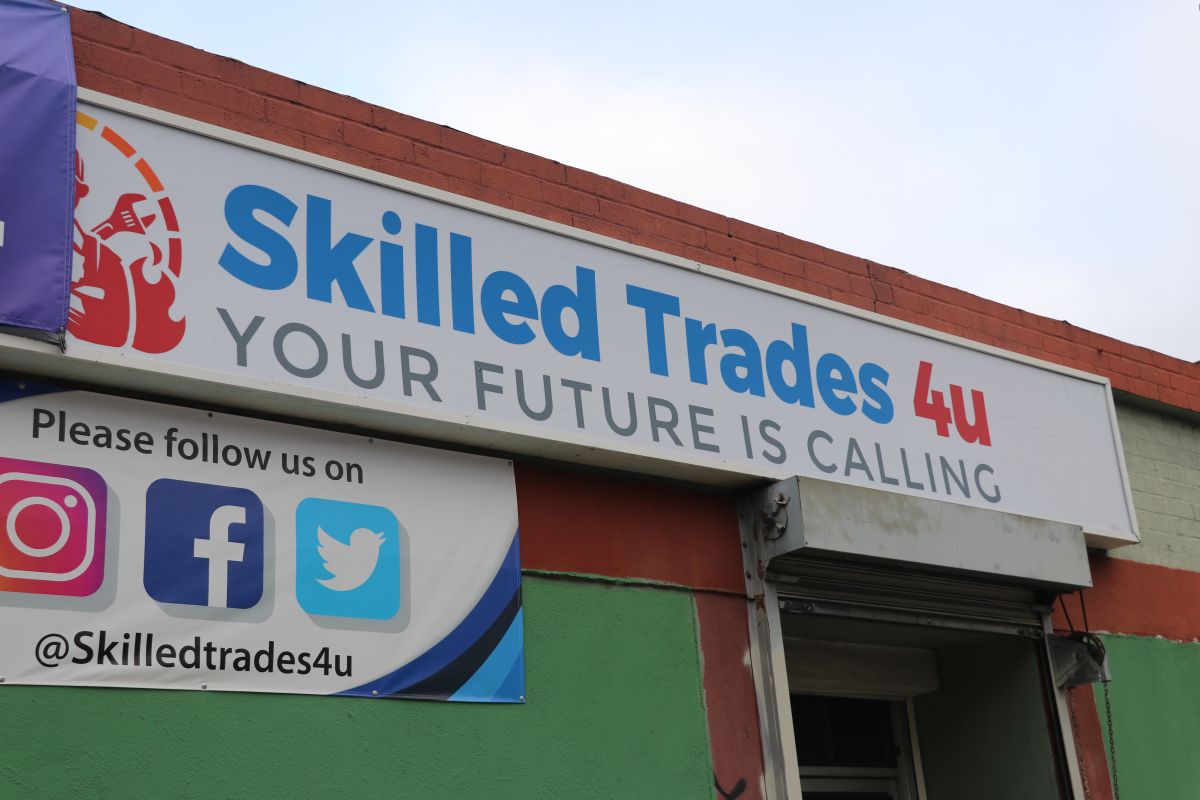 “As long as poverty, injustice and great inequality persist in our world, none of us will be able to truly rest”, reads a huge sign inside the premises of Skilled Trade 4Ua non-profit organization that donated $200,000 in professional work equipment to 23 unique students: former homeless, former gang members and ex-convicts.

“33% of them already have a secure job,” said Ed Roche, founder of the program and owner of Patriot Energy and A/C company. “If they put their minds to it, they could each easily earn $100,000 a year or more.”

From his own pocket, Roche provided each graduate with $4,000 worth of tools they will need for their new careers: pressure gauges, drill, impact drill, volt meter, volt rod, service wrench, laser thermometer and assorted hand tools.

“I myself had a hard life,” Roche told La Opinion. “I am the son of a mother who was addicted to heroin, and an alcoholic and abusive father.”

But Roche graduated with honors from the United States Marine Corps, rebuilt his life, and is now dedicated body and soul—along with his wife, Kiana Fleming, a criminal justice graduate and executive director of Skilled Trade 4U. , to help others redeem themselves before life and before themselves.

“I grew up in Los Alamitos and in school I was the poorest of all the poor,” said Ed Roche. “I never had food other than sandwiches.”

“When men find out that the program is free, they can’t believe it,” Roche said. “I started it because I’ve looked around at how people live on the streets and they need someone to give them a hand.”

First, he organized the program in the patio of his house and saw the need to find a place to lend a hand to people who are experiencing a crisis on the street or who have not been given a second chance.

In fact, a few years ago he asked for support from authorities in the city of Los Angeles, and the only one who answered his messages was former councilman Bernard Parks.

“I think that’s what motivates me to help my neighbor and makes me feel good,” he said.

‘The sky is the limit’

Bernie Elizardo, 46, is one of the standouts who graduated over the weekend and is a source of pride for his mentor, Joshua Wafer, CEO of Mitchells Salvation Community Inc., a home for sober living whose mission is improve the lives of the homeless, veterans and ex-offenders.

Elizardo narrated that since he was “morro” [joven] got into trouble by joining a gang in Boyle Heights “because I was attracted to the money that other people got fast.”

“I was a kid and I wanted to have the same thing as them,” he said. “Then I started selling drugs and using them… That was my worst mistake, until I violently stole a car, and from 30 years in prison they gave me, I did 26.”

On April 7, Bernie was released from Corcoran State Prison in Kings County. He had previously been in Salinas Valley State Prison.

“When they twisted me I was 18 years old; inside I had to follow the rules of being only next to people of the race”, recalled Elizardo. “Once I was wrong and they wanted to knife me.”

Bernie entered the Skilled Trade 4U program two weeks late and thanks to the desire to get ahead in life he caught up and surpassed his peers.

“What this man [Bernie] he is doing for his life is amazing”, valued Joshua Wafer. “He is a very kind, individual who likes to help himself and others; Besides, he is an excellent worker, he has a great future and he can earn more than $100,000 if he puts his mind to it and the sky is the limit for him”.

In addition to receiving his federal certificate as a HVAC maintenance technician, Bernie Elizardo plans to study computer programming.

Along with Ed Roche, Michoacan Juan Manuel Carlos Rodríguez, was the lead instructor for the Skilled Trade 4U graduate students.

“Ed gave me the opportunity to learn and gain experience installing commercial air conditioning, but I wanted to learn residential installation,” says Juan Manuel, 33. “What I learned with Ed, I now want to share with others.”

Juan Manuel told La Opinion that, at first, the students were completely self-conscious about their past and because they couldn’t believe that the job training program was free.
For 10 weeks, this Mexican resident of the city of Fullerton and father of five children taught the 23 graduate students to find out and solve why a refrigeration machine does not cool or does not turn on.

In theory and in actual practice, with real clients, he also instructed former homeless individuals and ex-prisoners to fully install a residential air conditioning system, how to dress and present themselves professionally in a home and always respect people.

“They were taught what kind of boots to wear to protect the floors of the houses, how to wear gloves when installing a thermostat, and not to stain the walls,” he explained. “In addition, the boys learned how to run ducts, solder copper lines, make a diagram for a house, how to install and know how thermostats work and how to do low and high voltage wiring.”

And, if at the beginning of the workshop many of the students did not even raise their hands to ask questions, in the end they opened their hearts, shared their stories and acquired an indomitable character to seek success in life.

“Here we are like a family and we are all an open book for each other,” said Juan Manuel. “The possibility of succeeding in life is within everyone’s reach.”