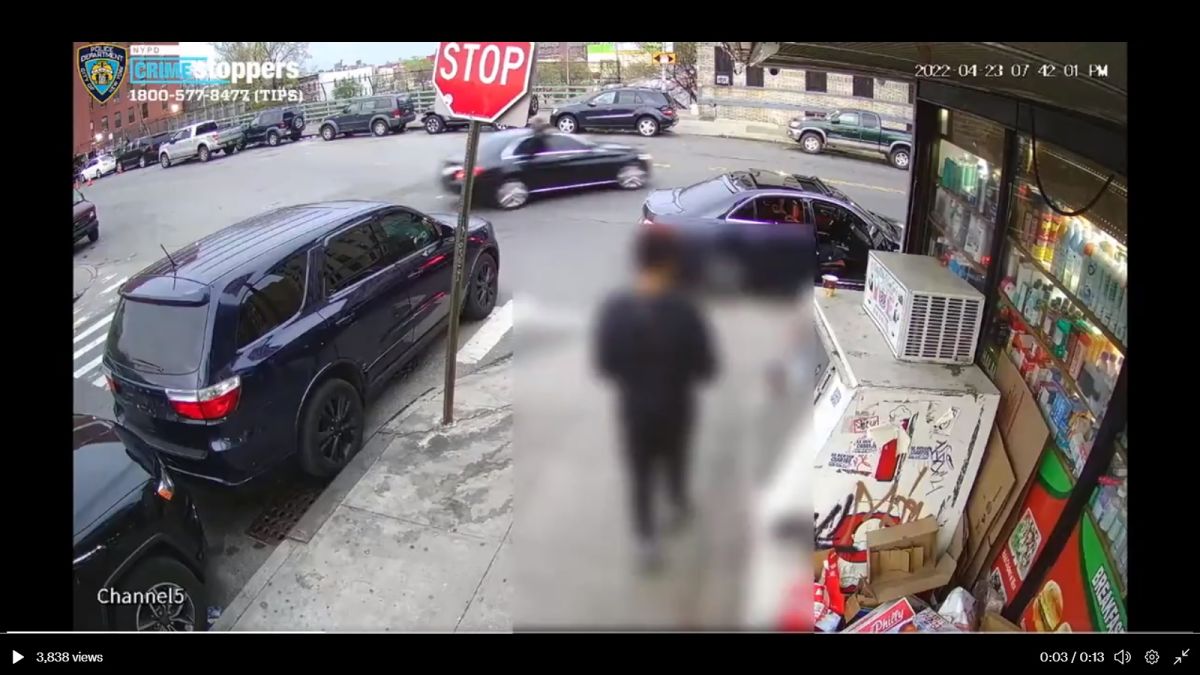 Ariel Martínez, a 23-year-old man, was arrested on suspicion of causing the shooting that left Joshua García dead and two others injured in the Bronxin April.

The suspect, a Brooklyn resident, was charged with manslaughter and criminal possession of a gun, the New York police said.

Martinez was allegedly one of two people aboard a luxurious Mercedes Benz sedan man who approached and opened fire on a group of men standing outside a store on East 174th Street and Clay Avenue in the Claremont neighborhood at sunset April 23, authorities said.

The shooting claimed the life of Garcia, a 27-year-old Bronx resident, who was pronounced dead at St. Barnabas Hospital. Two other men, ages 34 and 39, were wounded in the legs but survived the shooting.

NYPD published yesterday a video of the crude attacklooking for the suspects. Police said they still have no information on the second person, who was believed to be driving the vehicle, he said. New York Post. It is unclear if Garcia or the injured were the target, or if they were shot by mistake.

The day before, another Hispanic was shot to death on a street in the Bronx (NYC). NYPD statistics show that the number of shootings has increased this year compared to the same period in 2021, highlighted New York Post. And experts fear that the situation worsens in the summer, traditionally the time with the most crime.

The wave of armed violence in the city involves minor and adult gunmen, men and women, and victims of all ages. After the boom in 2020 and 2021 particularly among young gang members and/or victims, 2022 continues with the same trendputting up a great challenge to the new mayor Eric Adamsa former NYPD, who has encountered obstacles within his own Democratic party and Black Lives Matter (BLM) leaders in dealing with the crisis.