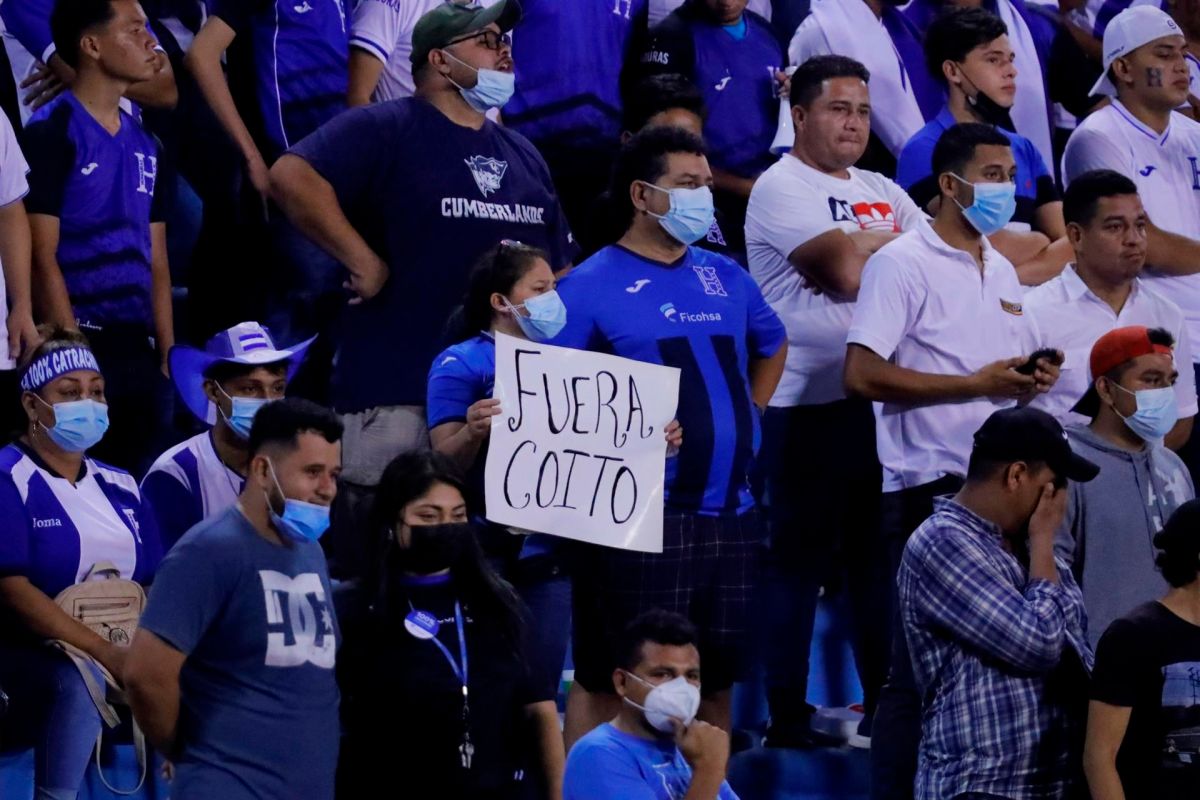 Honduras has had one of the World Cup Qualifiers more complicated in recent years and finds himself with one foot out of the next Qatar World Cup 2022, now, the ‘catrachos’ are in a compromised situation, without a coach and with a broken team due to poor results.

Fabian Coito assumed the technical direction of Honduras in 2019, with the mission of returning to the Soccer World Cup after being absent in 2018. The Uruguayan coach was hired after having played in the Olimpia of that country and his successes with the Uruguayan U20 team, ended open the possibility of directing to the ‘H’.

The Honduran crisis and improvisation

The balance shown by Fabián Coito’s Honduras, was not the best in the Concacaf Octagonal where he has added three points in six games played, but the straw that broke the camel’s back was the last match against Jamaica, where they were defeated in San Pedro Sula (Honduras), with a score of 2 to 0.

The Honduran Football Federation He did not hesitate to fire the coach at the end of the match. Without being clear about his successor and with an almost irreversible situation, the ‘H’ sees his chances of going to the next World Cup in Qatar very complicated, after having attended Spain 1982, South Africa 2010 and Brazil 2014.

Although the Fabián Coito cycle began in 2019, Honduras played 29 matches between friendlies and knockouts, where won eight games, ten draws and eleven defeats, while in the Octogonal de Concacaf, they became the team with the most goals when they received ten annotations and only scored two goals.

“Out Coito”: The rejection of the fans and a sector of the press

The improvisation of the last few months in the Qualifiers, filled the patience of the fans and a sector of the Honduran press that viewed with rejection the way Honduras played in the qualifying rounds. On several occasions, fans chanted “Coito Out” in the matches played in San Pedro Sula, Honduras.

The press, for its part, criticized the former Uruguayan coach, recalling certain promises that, after the defeat against Jamaica, could not be fulfilled. “Work, dedication and commitment to reach the desired world” was remembered by public opinion after the last meeting.

The successor could be in Honduras itself

Although the rumors began in the last hours, a name that appears to assume the selection is that of Pedro Troglio, Argentine coach currently directing the Olimpia de Tegucigalpa, being the immediate and ideal option for the conduction of the ‘H’.

Honduras has eight games left to play, but they need to have a winning streak and depend on other rivals, such as Mexico and the United States, to be able to get closer to qualifying for the Qatar 2022 World Cup.