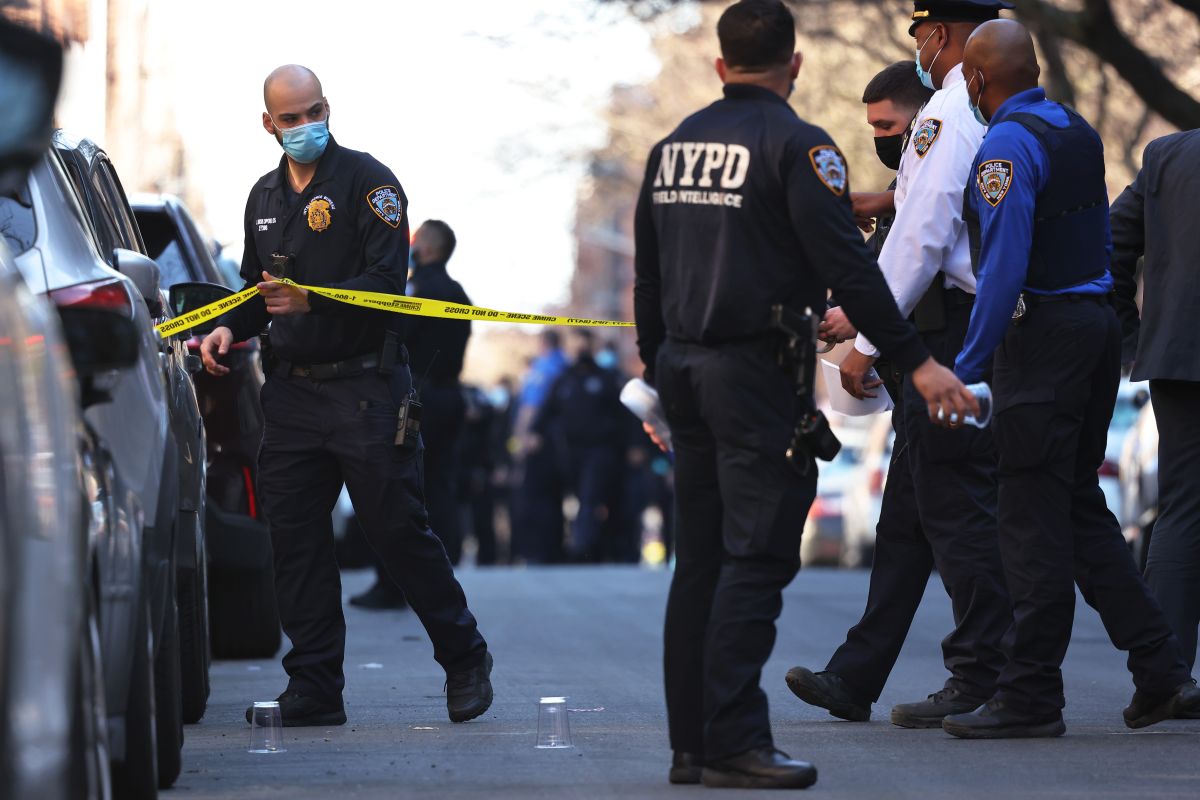 Five men wearing ski masks and dark-colored clothing charged at the teen at about 6:15 p.m. in front of 320 Beekman Ave. in Mott Haven and shot him in the chest, taking his life, authorities said.

The victim was rushed to Lincoln Hospital, where he died.

The NYPD said the suspects fled west toward Oak Terrace.

“When I left the store, I was heading home and heard two gunshots. I came back and saw the child lying on the ground and a group of people around him,” Thomas Fuller, 71, said in a statement.

Investigators searched for evidence Sunday night when they found four shell casings scattered on the asphalt.

Fuller surmised that the violence was linked to gangs in the city.

“You could definitely see there was meat there,” he said.

This shooting follows a violent 24-hour period in the Mott Haven district, where two people were shot.

Investigations remain open at this time.

The previous incident happened a few blocks from where the teenager’s life was taken.

In the early morning hours Sunday, a 35-year-old man whose SUV crashed near Bruckner Blvd. and E. 141st was struck in the head by a bullet while waiting for a tow truck. He was in critical condition Sunday night at Lincoln Hospital.