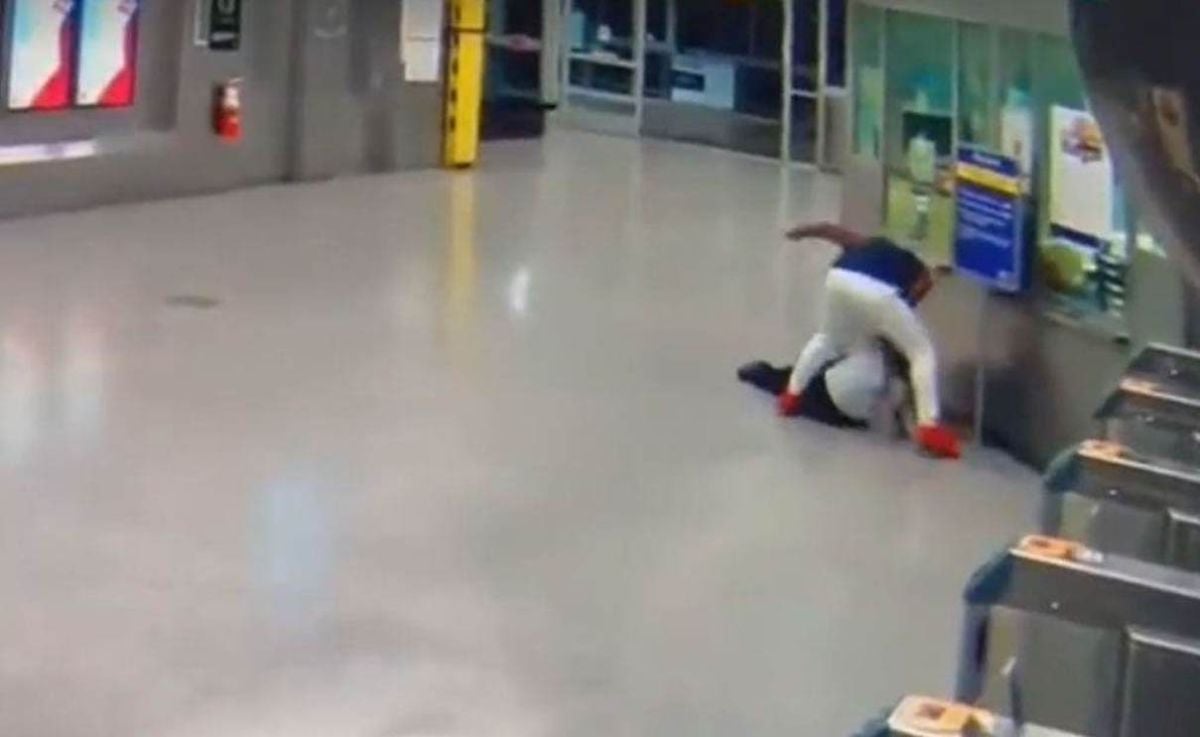 “Do you know how scared I am right now? I was never a scared person,” Elizabeth Gomes told ABC New Elizabeth Gomes after surviving a brutal beating at a New York City subway station in Queens.

The attack, which happened around 5:15 a.m. Tuesday, Sept. 20, at the Howard Beach-JFK Airport station, was captured on dramatic video. Waheed Foster, 41, on parole, was arrested as a suspect in the case.

The alleged homeless and a mentally disturbed attacker has a long criminal history that began when he was accused as a teenager of murdering his 82-year-old adoptive grandmother in a brutal beating in 1995, police sources said. 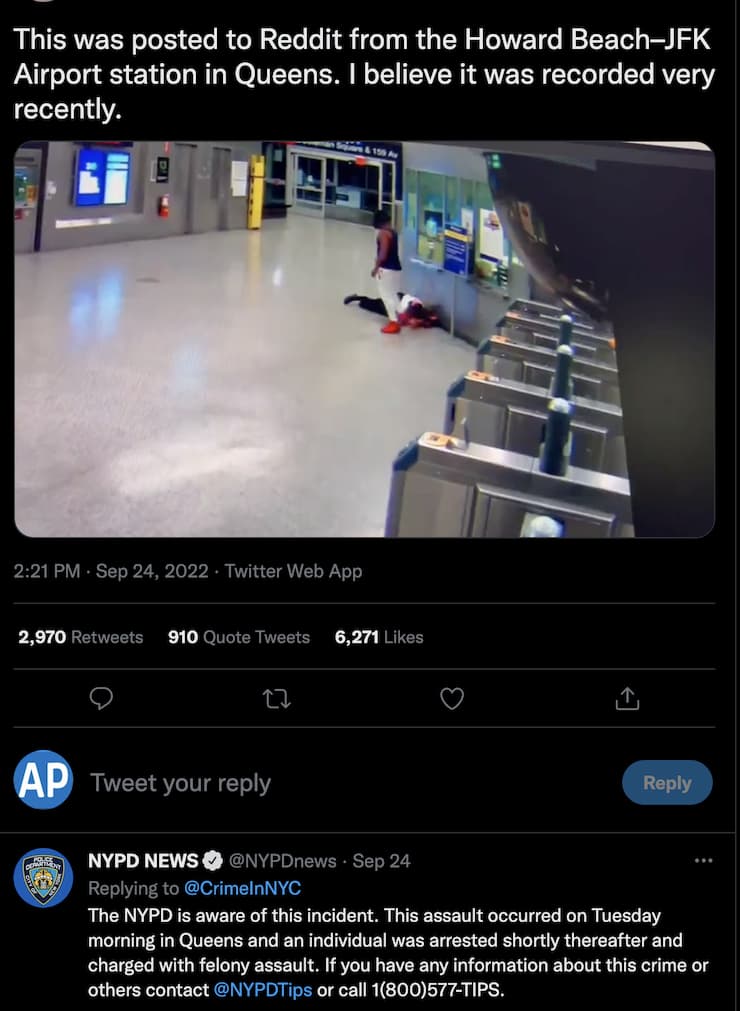 In last week’s attack, the 33-year-old victim was en route to work when she was approached by a man who tried to initiate a conversation and followed her to the mezzanine. When the woman did not respond and ignored the advances, the assailant dragged her across the floor and slammed her against the wall, where he repeatedly punched her with his fists and kicked her in the face and body, according to NYPD and the released video.

A bystander tried to intervene but backed away as the attacker advanced toward him and then continued kicking and punching the woman several times before fleeing the scene.

“I saw the video and it ripped my heart out”

Clement Tucker, husband of the victim

Gomes was transported to Jamaica Hospital, where she received treatment for a serious eye injury. She is now in stable condition but said she had a headache and had barely slept in a week since the attack. “Honestly, I can’t see anything on my right side. And it hurts,” he told ABC News.

He commented that the suspect mumbled gibberish about “Satan” in the moments leading up to the attack. “(He was) talking about the devil … talking a lot of nonsense,” Gomes said.

The victim’s husband is heartbroken and furious. “I saw the video, and it ripped my heart out,” Clement Tucker said. Gomes added that there were no police anywhere in the station. “Every day, there’s an incident in the Metro,” he said. “What happened to all these cops they said they would have to protect us? No one can be found. I don’t understand.”

According to police sources, six years after killing his adoptive grandmother Foster was arrested for stabbing his 21-year-old sister with a screwdriver. Then, in 2010, he was arrested for attacking three workers at Creedmore Psychiatric Center, where he was an inpatient. At the time of the attack last week, he had more than two years left on parole until November 2024.

Mayor Eric Adams, whose election campaign focused on public safety, has implemented several measures to make the subway safer, including deploying more police officers at stations and in cars. But so far, insecurity is still on the rise. Last April, in particular, was one of the most violent months in the history of the New York City Subway since its founding in 1904.