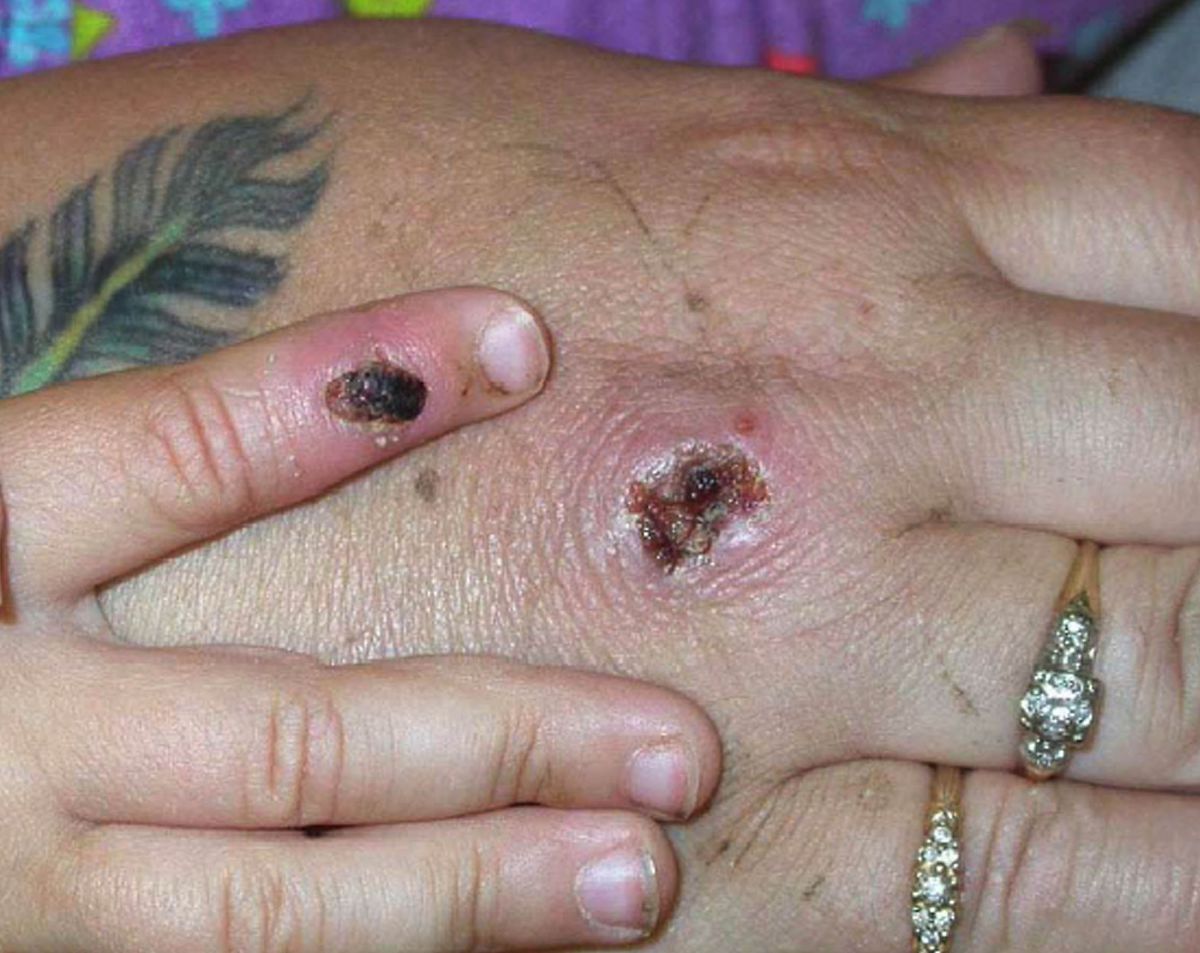 So far there is nothing to say that monkeypox is only spread among men who have sex with men, on the contrary it is a virus that is easily spread in a crowded dance club, at a concert or anywhere where the people are having a good time.

So said Dr. Ben Neuman, professor of biology and chief of virology at the Global Health Research Complex at Texas A&M University, during the videoconference “How afraid we should be of monkeypox”, organized by Ethnic Media Servicesin which various medical experts discussed the symptoms, case numbers and how worried we should be about the new virus.

Dr. Neuman warned that monkeypox is something we need to watch for, and not something to quickly fill us with fear..

“My opinion as a virologist is that we need to stop it before it gets out of hand.”

William Schaffner, a professor at Vanderbilt University School of Medicine in Nashville, Tennessee, said monkeypox is a virus that circulates in West and Central Africa.

“It is a member of a larger family that includes other viruses that we have already eradicated, such as smallpox; and particularly the monkeypox virus lives normally in the small animal populations of Nigeria”.

Said so far in the United States, the most affected states are California, New York, Florida and Illinois; and it has appeared in ages from 20 to 76 years, at an average age of 37.

And according to the Centers for Disease Control and Prevention (CDC), there are 155 cases in 24 states and the District of Columbia.

No children have gotten sick, and 98% of cases have been in men, he noted.

It is thought – he said – that this virus initially spread in the gay pride parades among gay and bisexual men in Europe, particularly in the Canary Islands, Berlin and perhaps France.

“In the United States, there is a case associated with travel, then another in a family of three, it is not clear how they became infected; and there are several cases of patients identified in sexual health clinics.”

He mentioned that the first case was registered on May 17 in Massachusetts, in a person who was in Canada and who was probably infected there.

He noted that this virus spreads through personal contact, usually skin-to-skin between humans, through the respiratory route and by talking, at a distance of three feet, usually over an extended period of time.

“A third way of contagion is through contaminated towels and bedding.”.

He clarified that monkeypox is not a virus that spreads rapidly like covid, but rather spreads through chains of contagion, from person to person as a result of close personal contact.

How is the incubation process?

“After contracting the virus, the incubation period can take one to two weeks, in which the person feels well. Then it starts to go wrong. Maybe a little fever, swollen lymph glands for a day or two, and then hives develop mainly on the hands, arms, face, head, legs and feet.”

However, he clarified that this virus frequently causes lesions in the genital area, in the buttocks and in the anus, which can lead to confusion in the diagnosis.

“The rash appears and forms a blister. It is usually a light bluish blister that fills with pus over time. One of the distinguishing features of this rash is that the blister is firm and does not break easily..

“These injuries will slowly improve over time, and may develop a small umbilical center, or a crater in the center; and as it evolves, it forms scabs and disappears”.

But he cautioned to be careful because the fluid in the blisters and the skin around them is highly contagious; and skin-to-skin contact is how this virus is spread.

The good thing is that no deaths have been recorded in the country. “We have been very lucky,” the doctor said.

He pointed out that until now monkeypox has been confined to men who have sex with men or who are bisexual, he asked these groups to be very careful about their sexual practices and avoid anonymous sex.

“It’s important to be very clean personally and inspect yourself and your teammates for injuries; And if they use sex toys, they must make sure they are clean and disinfected.”

He pointed out that in New York, some men have already started getting vaccinated, as there are two vaccines originally designed to prevent smallpox, but they also prevent monkeypox.

“The safest, it is applied in two doses a month apart, and has been approved by the Food and Drug Administrationyes”.

How did we catch this virus from Africa?

Dr. Neuman said the first case they followed up on was a person from Britain who contracted it in Nigeria and then returned home.

“After a week or two, there was a contagion in a small group.”

So far monkeypox has been reported in a small number of people, but among them, four were pregnant women, and two of the babies died early in pregnancy.

The fourth baby was born covered in monkeypox lesions because when the mother becomes infected, the virus is passed on to the fetus.

Are there any ethnic groups at higher risk of contagion than others?

“The virus occurs equally in any person. So I don’t think we can expect big differences between people who look slightly different from us. We all probably look more or less the same in the face of the virus.”

Dr. Neuman added that there have been more than 1,000 cases of a more severe strain of monkeypox in Central Africa. “The only thing that has kept this virus away from the world is that it is in a relatively isolated area economically and geographically.”

How to be sure if we have monkeypox?

Dr. Schaffner said that it is enough to take a PCR test very similar to the one used to diagnose covid.

And he added that the virus has been associated with two wild animals, the rope squirrel and the Gambian giant rat that are in fact consumed by humans.

“In the United States, it is what we call hunted meat to eat and that is where we can expose ourselves.”

The doctor Gregg Gonsalves, associate professor of epidemiology at Yale Institute for Global Healthpointed out that there are more than 3,500 cases in 34 countries around the world of monkeypox.

“There is a notion that it is a disease of gays like AIDS and HIV that began in 1980, but no, it is endemic in the countries of Central and West Africa’.

He said that this is important to say because the stigmatization and discrimination against men who have sex with men will make it difficult to contain this virus, because these people then do not go to seek medical care.

“The contagion has occurred due to close physical contact in conjunction with sexual activity; and some of those cases have been of men having sex with multiple partners and anonymous contacts.”

Not knowing who you’ve had sexual contact with in the past 14 years will make it difficult to track and vaccinate exposed people to prevent development and transmission to others, he said.

In conclusion, he noted that there is a need to not stigmatize and discriminate, but there is also a need to attract communities that are well acquainted with infectious diseases such as LGBTQ groups who have over 40 years of experience dealing with HIV.