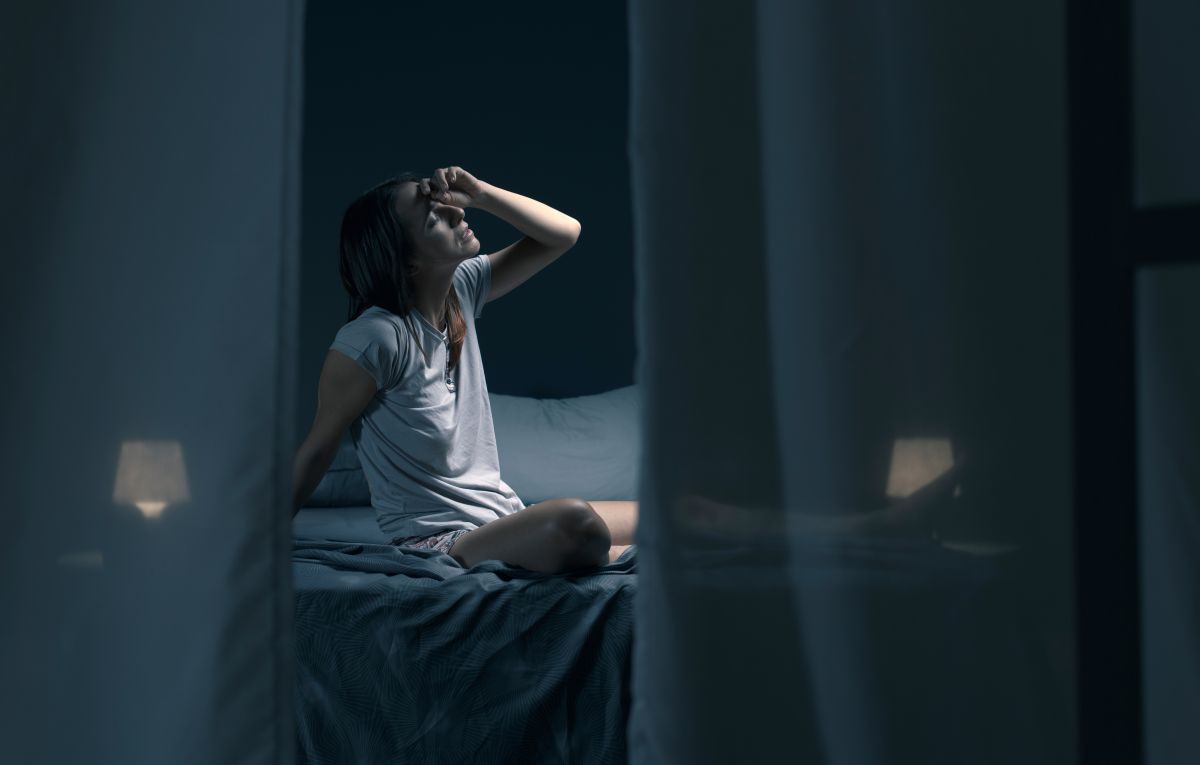 Many studies on the impacts of climate change they focus on extreme events like hurricanes or floods.

But global warming is already affecting a daily and vital action for health: sleep.

A new study published in the journal One Earth by researchers in Denmark and Germany points out that rising temperatures are negatively affecting nighttime rest globally.

“Our study presents the First planetary-scale evidence that warmer-than-average temperatures are eroding human sleep“, noted Kelton Minor, a researcher at the University of Copenhagen and lead author of the study.

“We show that this erosion occurs mainly when the time people go to sleep is delayed and the time they wake up during hot weather is advanced.”

How much sleep are you missing?

The researchers used data from sleep-monitoring wristbands from 47,000 adults between 2015 and 2017 in 68 countries.

The researchers say that by the end of the century suboptimal temperatures could make us lose an average of 50 to 58 hours of sleep toNo.

But Minor emphasizes that the impact of climate change on rest is already a reality.

People are already losing an average of 44 hours of sleep each year.

The scientists also found that people sleep more when the outside temperature is below 10°C.

Above this threshold, the probability of sleeping less than 7 hours increases.

And when the outside temperature exceeds 30°C, people lose an average of 15 minutes a night.

Although it may seem like a minor loss, this decrease could occur in the deep, restorative stage of sleep called slow-wave sleep, the first stage of which lasts about an hour.

Which groups are most affected?

The impact of temperature on sleep increases with age.

People over 70 lose about 30 minutes instead of 15 at a similar temperature.

The study notes that “under identical conditions, women’s core body temperature decreases earlier in the evening compared to men, possibly exposing women to higher ambient temperatures around their usual time of sleep onset.”

“It has also been shown that women have a greater thickness of subcutaneous fat, which could affect nocturnal heat loss.”

The higher prevalence of air conditioning in developed countries may play a key role, but the researchers said they were unable to quantify its importance because they did not have data on access to air conditioning among study participants.

Lack of sleep not only affects health but also our cognitive performance, according to previous research.

A study by José Guillermo Cedeño Laurent and colleagues at Harvard University measured the impact of a 2016 heat wave on students.

Students who slept in newer, air-conditioned dorms performed better on cognitive tests in the following days than those who lived in older, less adapted buildings.

Hot days have long been known to increase deaths and hospitalizations, but the biological mechanisms underlying these impacts are still poorly understood.

“Our bodies are highly adapted to maintaining a stable core body temperature, something our lives depend on,” says Minor.

“Yet every night they do something remarkable without most of us consciously knowing it: they release heat from our core out into the environment by dilating our blood vessels and increasing blood flow to our hands and feet.”

Minor adds that for our bodies to transfer heat, the surrounding environment must be colder than us.

The researchers found that people have not changed their daily behavior to cope with sleep deprivation, such as taking a nap.

“The Full Spectrum of Climate Effects”

A report by the Climate Action Tracker analysis center indicates that, without drastic cuts and taking into account current policies, the world is on track for a temperature increase by the end of the century of 2.7 ° C compared to pre-industrial levels.

The authors of the new study believe that due to the disparate impact on sleep in different populations, research future should especially consider the most vulnerable populationsparticularly those who reside in the hottest and poorest regions of the world.

Minor points out that the impact of temperature on sleep should be included in more studies on the possible consequences of global warming.

“To make informed decisions about future climate policies, we need to take more into account the full spectrum of plausible future climate impacts,” said the researcher.

* What happens to your body when you lie down as soon as you finish eating
* Why do we go over our worries before going to sleep?
* Do you sleep less than 6 hours at night? Be careful because you could suffer from dementia