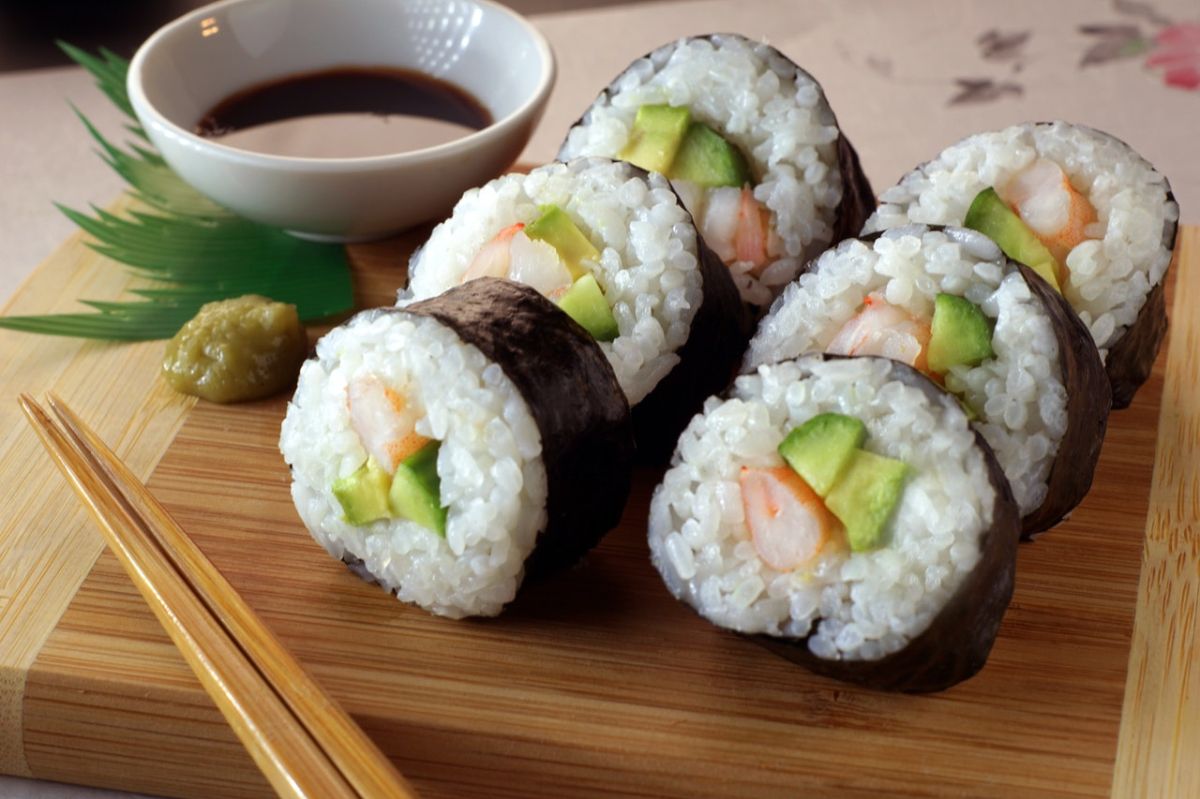 Sushi is the most famous food in Japan. It has also become one of the most popular dishes of oriental food in the West. Its main ingredient is the basis of the Japanese diet: rice.

Sushi does not mean raw fish as many people mistakenly believe. It is a vinegar rice dish with various ingredients and dressings. There is a great variety of types of sushi, with different types of ingredients, forms and presentations and yes, some of them may include raw fish, but not all.

The most typical form of sushi is made with rice with fillings rolled inside a sheet of dried seaweed. Rice can be white or brown, include ingredients such as seafood, meats, and vegetables that can be raw or cooked.

How did sushi come about?

Sushi emerged as a method of preserving fish. The origins would be in China between the 5th and 3rd centuries BC. C and arrived in Japan in the 8th century where it would slowly transform into what we know today as sushi.

The origins of sushi are in fermented rice to preserve the fish and that was not consumed, then the rice that was vinegar and eaten together with the fish, and in the nineteenth century sushi was invented as we know it today.

As chef Masayoshi Kazato explains through Eat-Japan, everything would start with the Narezushi, later the namanarezushi would come, the nigirizushi, until arriving at the sushi.

Narezushi is believed to be the original form of sushi, which has been made in Southeast Asia for centuries. Fermented rice was used to store fish for up to a year, the rice was thrown away and only the fish was consumedThis was known as narezushi, a celebratory dish.

Sushi chef Masayoshi Kazato notes via Eat-Japan that narezushi still survives in the form of foods like carp sushi.

The nigirizushi appeared in 1800. As a faster dish than narezushi, they began to make vinegar from the lees of sake that was mixed with rice. The custom of mixing this vinegar with rice became a popular dish.

Then a piece of raw fish was also placed on a bed of vinegar rice the size of a rice ball. Hanaya Yohei is considered the creator of seafood nigirizushi which in their time were captured in Tokyo Bay.

The size of the nigirizushi is larger than the bite sizes currently in sushi. Taste Atlas notes that nigirizushi is made by covering a pile of rice with a sliced ​​topping, often with some wasabi in the middle or on the side. It is often referred to as the original type of sushi today.

Makizushi is one of the most popular types of sushi with small pieces wrapped in nori (dried seaweed).