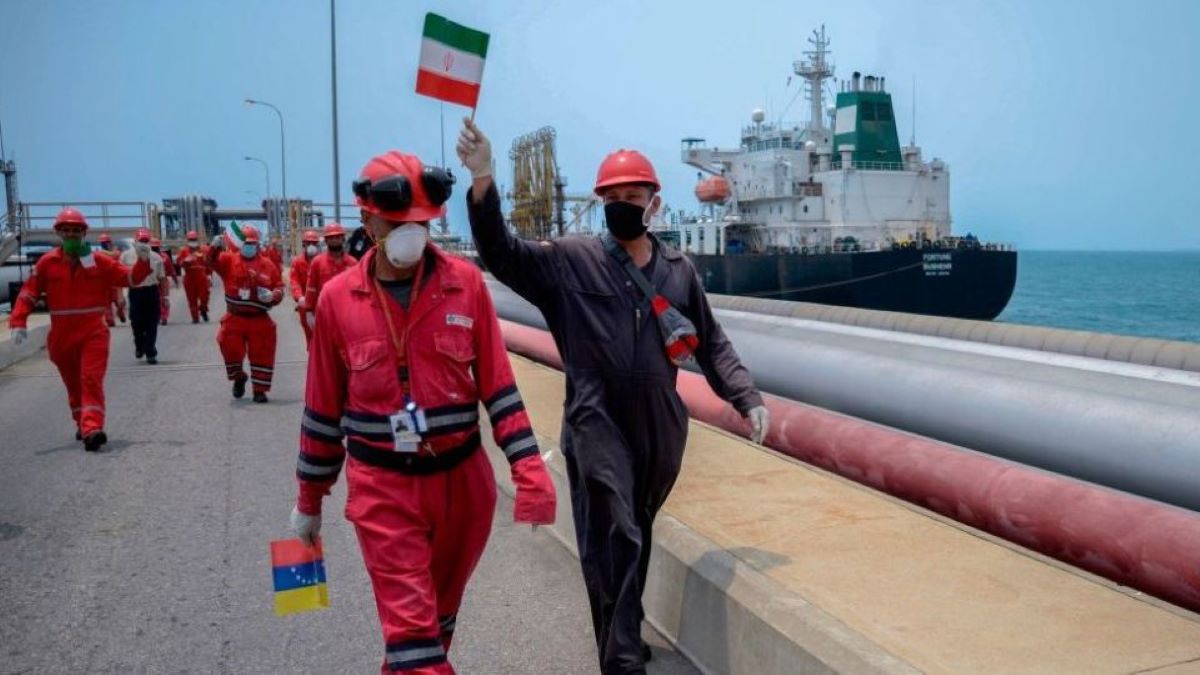 From the bowels of the Venezuelan subsoil, more oil has begun to come out.

After crude oil production in that country suffered a historic setback in the last two years to levels typical of the mid-20th century, in recent months there has been a rebound that took it last November to some 824,000 barrels, almost double the 434,000 extracted in the same month of 2020.

In an interview broadcast on Venezuelan state television on January 1, President Nicolás Maduro boasted that the country had managed to produce a million barrels a day again.

“This year we reached one million, the goal next year is to reach two million“, he claimed.

In 1998, before Hugo Chavez came to power, Venezuela produced some 3,120,000 barrels of crude oil per day, according to OPEC figures.

From there, the slope accelerated to reach levels of 1,137,000 barrels per day in November 2018. Two months later, the government of The United States imposed sanctions against the Venezuelan oil industry, which ended up helping to sink the already depleted production.

Although many experts question the figure announced by Maduro, they do recognize that in 2021 Venezuela managed to recover part of its oil production and point to Iran as a key player in this process.

“What has been happening is that Venezuela is importing diluents from Iran -naphtha, condensates, light crudes- that are being blended with Venezuelan extra-heavy crude of the Orinoco Belt in order to increase production,” says José Toro Hardy, an oil economist who was a member of the board of directors of the Venezuelan state-owned PDVSA.

He explains that the oil from that region of Venezuela is very heavy and loaded with a lot of sulfur, so they need to mix it with these products to create a medium crude that is more commercial.

He points out that Venezuela in the past produced these diluents, but that is no longer the case because many oil fields are closed and the country’s refineries are working well below capacity.

Toro Hardy indicates that Venezuela In exchange for these diluents, Venezuela gives Iran a part of the production of this medium crude.

“Iran, like Venezuela, is sanctioned by the United States and its oil production has fallen sharply. Probably that oil that is coming out, let’s say, regardless of the sanctions that both Venezuela and Iran have, is doing it in unrecognized tankers, which even turn off the devices so as not to be located by satellite. That is an oil that Iran can market once they have it in their possession,” he adds.

Tehran has also been helping Venezuela with the shipment of gasoline to supply the domestic market of the Latin American country, where the production of this derivative has decreased due to problems in the refineries.

Francisco Monaldi, director of the Latin American Energy Program at the Baker Institute of Rice University (Texas, USA), pointed out that the production of Venezuelan crude oil is returning to the levels it registered at the beginning of 2020, before the Russian oil company Rosneft will withdraw from Venezuela as prices plummet due to the impact of the coronavirus pandemic.

“PDVSA was able, with the help of Iran, to create a sanctions evasion structure replacing Rosneft. In addition, Iran began to supply the thinners that the Russians previously brought. All of this requires high prices to pay intermediaries and cover transportation costs,” Monaldi said in a Twitter thread.

The expert added that the collapse in production that occurred in 2020 was not a consequence of a reduction in production capacity, but rather due to difficulties in selling crude oil at such low prices and evading sanctions.

Many oil analysts, including Toro Hardy and Monaldi, agree to question the production figure of one million barrels announced by Maduro and foresee limitations on its growth in the future.

“That seems unlikely because by August the government itself said that we were at 600,000 barrels,” says Toro Hardy in reference to the million barrels.

The expert assures that when Venezuela managed to increase oil production the most in its history, it was in 1998, when it was immersed in the ambitious oil opening project -which aimed to increase production with associations with private capital-. That year, it increased by 190,000 barrels per day.

“The government announcement would imply that in four months production increased by 400,000 barrels per day. And that seems unlikely.”

It further highlights that there are currently no active drilling rigs in Venezuela, indicating that the country is not drilling new wells.

He does explain, however, that it is possible that PDVSA will be able to increase production by repairing existing wells.

“There are a large number of oil wells closed in Venezuela because engines or other equipment have been stolen and that is why they are closed. By repairing them, an increase in production could be achieved in more or less economic terms, but even so, the announced 400,000 barrels per day would hardly be reached,” says Toro Hardy.

Monaldi, for his part, has warned that the increases that can be achieved in crude pumping with current production capacity are limited.

“Production is likely reaching its potential of about 900,000 barrels per day and that additional production requires significant investments in new wells and infrastructure,” he warned in his Twitter thread.

“Venezuela has immense oil reserves in the subsoil, but to exploit them, large investments are needed. It has been estimated that, between investments and expenses, to recover the production levels of 20 years ago, about 25,000 million dollars per year would be required for the next 8 or 10 years,” he says.

“It is very difficult that these amounts can come today from investments made by Iran, Russia or China because in Venezuela there are a huge lack of legal certainty that also affects them”, he adds.

Thus, at least according to those calculations, Maduro’s plans to increase production to 2 million barrels per day in 2022 look uphill.