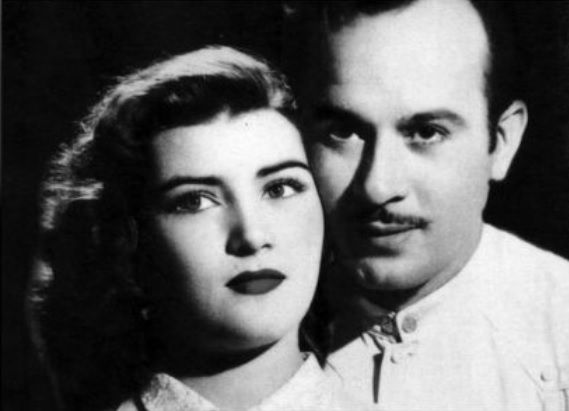 Pedro Infante and Irma Dorantes, one of the couples of the Golden era of the most famous Mexican cinema, they found unique nicknames that few people outside of her marriage got to know, but over the years the actress has revealed what they are and how they arose.

Irma Dorantes met Pedro Infante in person when she was a 14-year-old girl. She has revealed that from the first scene she recorded with the Sinaloan, she fell completely in love with him, but they had an affair until she was 16 years old.

Since their courtship, after several funny anecdotes, they came up with nicknames for each other; Beyond the normal “sweetie” and “Pedrito” that even their followers could use, the actors found their own affectionate nicknames.

As Dorantes herself revealed in an interview with Gustavo Adolfo Infante, her nickname “Ratoncito” was born almost naturallyWell, Infante found in her two things that made her stand out from other people and made her special.

Since the actress was almost 20 years younger than her partner, for him Guamúchil idol Irma’s voice seemed to be very high pitchedFurthermore, he realized that among Irma’s favorite things was the cheese, so he quickly came to the conclusion that he would call him Little mouse, a nickname he used for her until the day of her death.

On the other hand, the nickname that the actress found for the protagonist of Anxiety It was none other than that of Puppy, but she did not begin to call him that because the actor had some characteristic that related him to the nickname, but it was due to a mistake made by a person from the telegram office.

The actress of Also of pain is sung related in an interview with Windowing that on one of the many occasions that Pedro Infante was out of town for work reasons he sent a telegram to his beloved to let her know what he was working on at that time.

According to the telegram that the wife of the Idol the People, he informed her that after his activities, in a few days he would meet with her again. At the firm, the Sinaloan pretended to say Pedrito, but by mistake whoever wrote the message put Puppy.

When the actress read the letter, she was amused by the way her then boyfriend said goodbye and, although it is already read today Pedrito, she has since said so to Infante.

These nicknames became such an intimate part of their lives and their love story, that she couldn’t put them aside on her wedding day. The singer sought to make each moment of their union something special, so he decided to send his wedding rings with an inner engraving, in them you can read Little mouse Y Puppy.

The protagonist of Pepe el toro he even asked his friend Jose Alfredo Jimenez to write a song for his wife, but it should not say “Irma”, but Little mouseWell, that was how he referred to her most of the time. This song was titled Slowly, although there are those who call her Little mouse for the times the word is repeated.

Another of the details that Infante had was that when he built his house in Cuajimalpa, the so-called Infante City, which he intended to leave in the name of Irma Dorantes, decided that, of all the unique spaces it had, the cinema would be called The mouse, in honor of his wife.

How was the wedding of Pedro Infante and Irma Dorantes

Pedro Infante’s last Christmas: in another country he surprised with an altruistic serenade