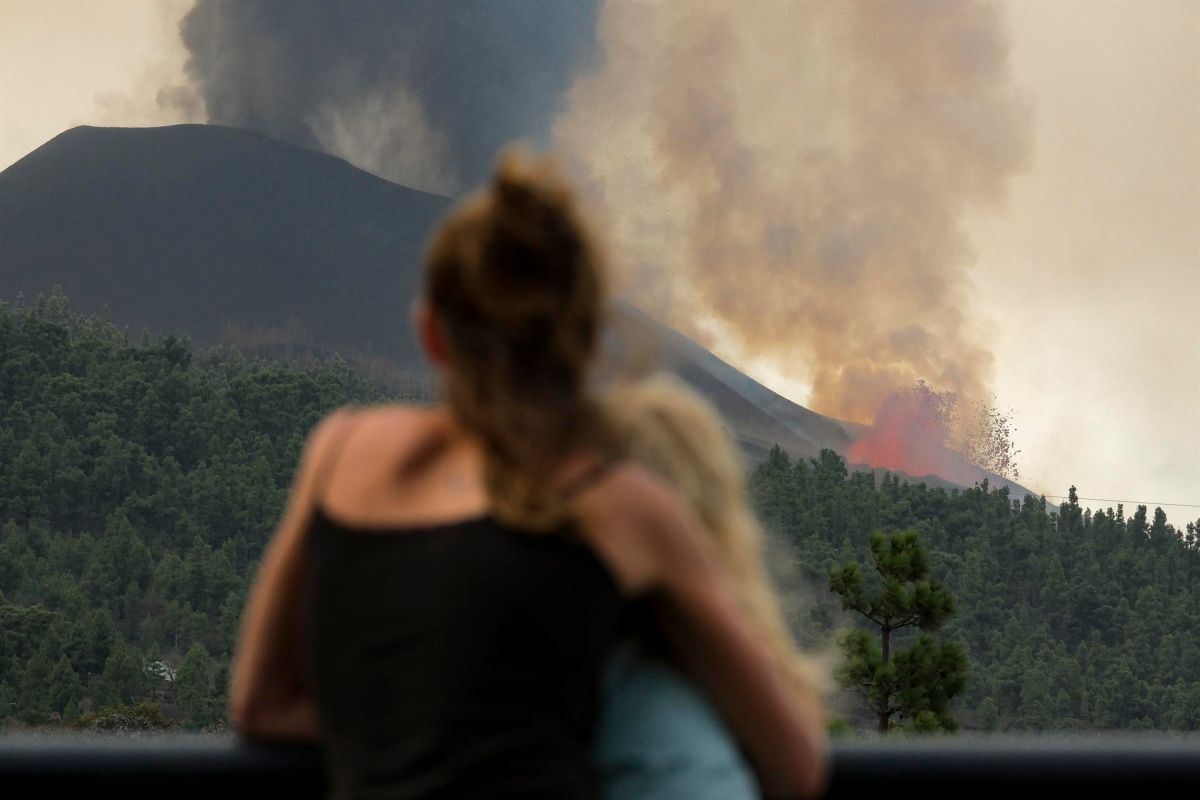 Living on the slopes of a volcano obviously implies a very high risk. The inhabitants of the areas affected by the runoffs and pyroclasts of the spectacular eruption on the beautiful island of La Palma they are living with grief the loss of their homes.

Given this, it is science that must lend a hand. An informative hand.

Because science can only aspire to understand in order to explain the processes of nature, because you can’t stop it; neither a volcanic system like this one, nor the atmospheric dynamics that a typhoon generates, nor the lithospheric dynamics that move some tectonic plates closer and further away from each other.

We can always study and understand to react better, but never stop.

Little can be added to everything mentioned and described up to the moment of this eruptive episode.

Much has been explained in early boat interviews (some on the ground) by technicians and scientists.

They have endeavored to also attend to this information front, at any level of knowledge, from the dissemination for school children (what is a volcano, the difference between magma and lava …), to the most advanced scientific detail (chemical composition, mechanisms of degassing, satellite images, monitoring activities …).

But all this does not seem to help what is necessary.

The eruption by definition in Geology is from effusive to slightly explosive because the magma that nourishes it is of basic composition, that is to say, low in silica and not very viscous and, therefore, of fluid lava emanations.

This chemical composition of magma can feed strombolian-type eruptions as in the case of La Palma, or hawaiian type —Which we all recognize as “open taps” of fast-flowing lava on the Hawaiian islands.

The strombolian ones compared to the Hawaiian ones are only slightly more explosive, and with a capacity for fragmentation and dispersion of ejected material and a slightly higher eruptive column height.

They are far from the explosive capacity of Vulcan, Plinian, or Fighting-type eruptions for example, with viscous lavas and very violent eruptions (like those of Vesuvius, Santa Helena, Pinatubo, etc).

Or even those hydromagmatic eruptions in which the water-magma interaction can generate very explosive eruptions.

In fact, if La Palma were an uninhabited island, we would simply be enjoying (science and tourism) the wonders that nature gives us from time to time: a “quiet” volcanic eruption at hand (or selfie). However, with human lives at risk, this information and details offer little comfort and have not satisfied the curiosity (need?) Of society about when, what day, will the volcano finally cease to roar.

The scientific explanation of the specialist aims to provide sufficient knowledge tools for society to find the balance between staying alert and maintaining enough composure to react efficiently, being aware of such a particular scenario (we are talking about a volcano that affects inhabited municipalities).

Regrettably, science still has no answer to the two key questions in volcanology:

For the first question, science has the details studied in previous eruptions together with monitoring tools that, in the case of La Palma, have worked perfectly to alert the population that the volcano was getting nervous.

This is where all research groups worldwide must continue our scientific efforts.

As a close example, the contribution of our group from the Department of Geology of the University of Salamanca, the IEO and the GEO3BCN-CSIC to this desired prediction focuses on comparing the arrival of the geophysical signal (earthquakes and deformation) with the geochemical signal ( release of mantle gas when the magma chamber is destabilized before the eruption is already underway).

In the case of Tagoro (El Hierro island) in 2011, we verified how the geochemical signal warned geophysics in advance of the arrival of what was the last (underwater) eruption in the archipelago.

For the second concern, it is not necessary to be a scientist to assume that volcanic activity ends when the magmatic reservoir empties sufficiently to relax the internal pressure that destabilizes it.

AND science has yet to predict this checkpoint.

From now on, the first urgency will be to attend and compensate the affected families as much as possible.

Later, when the material has cooled a bit, carefully read the information that the interior of the planet has written to us in the material expelled by this eruption.

The rocks (pyroclasts and solidified lavas) and their components (minerals and volatiles included) are the witnesses of what happened in depth, before and during the eruption.

By studying them, we will be able to better understand the eruptive process under La Palma, so that science continues to advance and get closer to better constraining the conditions in which the next eruption will occur, aware that it will arrive without man or science being able to stop it. The impregnable nature.

When this is all over, we will have more knowledge tools to face the next eruption, in general, and on La Palma, in particular: a landscape, as well as a topographic-geological map, new or modified, but just as beautiful.

Earthquakes and volcanic eruption: What exactly is happening on La Palma?

*This article was published on The Conversation and reproduced here under the Creative Commons license. make click here to see the original version.

Antonio M. Álvarez Valero He is a tenured professor of the Geology Department of the University of Salamanca, Spain.