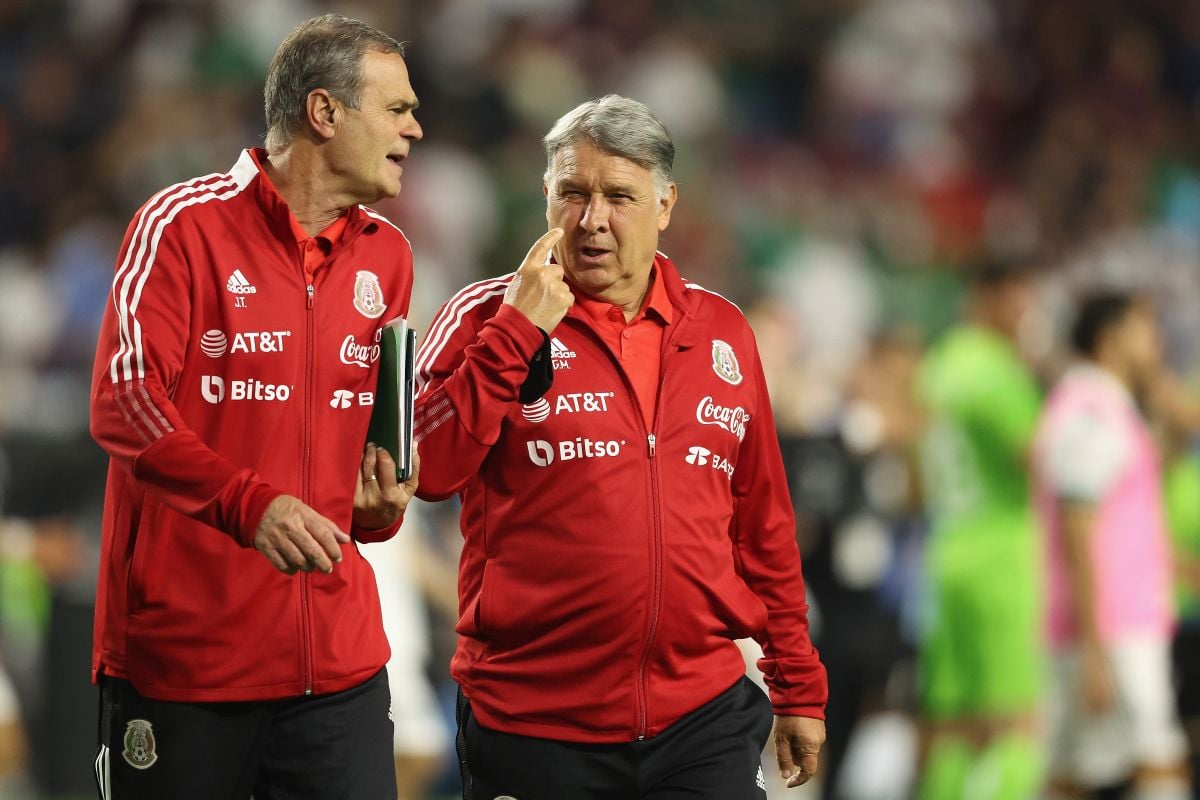 The recent tour of friendly games of the Mexican team has generated a series of criticisms On the current situation of those led by Gerardo Martino, many predict a failure of the “Tri” and others hope that the team will rise and can transcend in the World Cup.

The rivals of the “Tri” will be Saudi Arabia, Argentina and Poland As has been known for some time, these three teams have lived through different realities and many analysts ask for patience since playing the World Cup is a very different issue than achieving positive results in the preparation games.

Argentina is without a doubt the favorite team in group C, over rivals from Saudi Arabia, Mexico and Poland. Those led by Lionel Scaloni maintain an undefeated streak of more than 30 games, a fact that was accentuated in their clear and resounding victory over Italy, a result that led the Albiceleste to lift the trophy of the so-called “Finalissima”.

In the same way they continued with a victory against Estonia where Lionel Messi scored five goals and reached another important record in his career. But Argentina is not only Messi, the Argentine star is the leader on the field of a project in which Di María, De Paul, Lautaro, Paredes, among others, play a prominent role.

The Poles have Robert Lewandowski as the focus of the team, one of the best attackers in the last 10 years. Currently the footballer is in a dilemma wanting to leave the ranks of Bayern Munich and waiting for a presumed incorporation to FC Barcelona.

Poland entered the Qatar 2022 World Cup by eliminating the Swedish team and played important matches in the UEFA Nations Leaguewhere a couple of defeats against the powerful Belgium stand out, including a 1-6 that meant a great number of critics.

The Poles also added a victory over Gareth Bale’s Wales and a two-goal draw against the always difficult Netherlands team. Many talk that Poland will be Mexico’s thermometer in group C of the World Cup.

Due to the bad news of those led by “Tata” Martino, a question quickly arose: Will Saudi Arabia be able to compete with Mexico? The answer is a question though. The Arab eleven did not show anything in their matches against Colombia and Venezuela.

It is worth noting the injury to Saudi Arabia’s main striker, Saleh Al-Shehri, who suffered a ruptured Achilles tendon and will arrive with just enough for the Qatar 2022 World Cup.

. The four great absences from the Qatar 2022 World Cup that could form a “Group of Death”
. Neymar mocked Messi’s Argentina after being crowned in the “Finalissima”: Have they won the World Cup?
. The Mexican national team barely managed to salvage a tie during their visit to Jamaica in a duel corresponding to the Concacaf Nations League