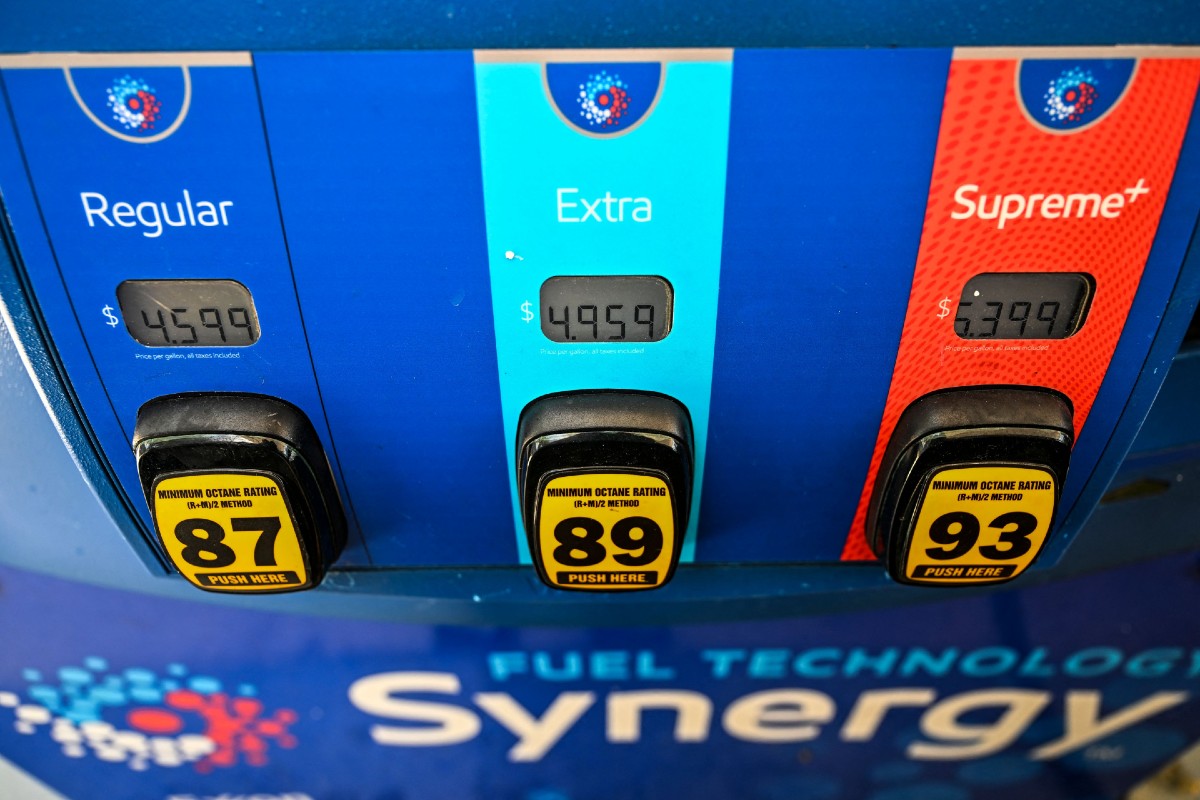 In recent weeks, drivers have found relief at the pump after gas prices tested their ability to pay upon arrival. up to $5 dollars per gallon at all gas stations in the country.

But after the toughest days at the pump, consumers can finally see a little light at the end of the tunnel, after this Thursday, the average price of gasoline nationwide fell from $4 dollars and it was located, for the first time in months, at $3.99 dollars per gallon, according to the AAA.

Although the data is encouraging, the cost of gasoline is still 81 cents higher compared to what drivers paid a year ago for a gallon of fuel.

Something similar to what happens with general inflation, which although it fell from 9.1% in June to 8.5% in July, in its year-on-year comparisons; the figure remains one of the highest Americans have faced in decades.

Now the question many drivers ask is whether gas prices will continue to drop or if this is just a temporary movebefore prices at the pump climb again.

The answer is in the oil

There are several factors that have led to gasoline adds 59 weeks downAmong these, many drivers simply decided to stop consuming fuel to save on the purchase of this basic product, that is, demand decreased.

Also, that the governments carried out emerging measures to curb the escalation of prices, from a historic release of strategic oil reservesordered by the White House, until the cancellation of gasoline taxes in several states.

However, the most important factor in the midst of all this is in the price of oil, which transfers more than 50% of the price that consumers They pay at the pump.

According to analysts, in these movements is the key to know if prices will continue to fall or climb as they did last March, when a barrel of West Texas Intermediate (WTI) crude reached $130the highest levels since 2008.

Oil prices have fallen in recent months from their peak in March and that has pushed gasoline prices below the $4 per gallon floor.

However, for analysts, these downward streaks in prices at the pump could be cut in a few daysas the benchmark oil, WTI, recovered more than 5% this week alone.

To this is added that gasoline futures have also shown an upward performance in the last week, which in total has been 10% of its value.

“The streak of daily declines in retail gasoline prices is about to end as crude oil and refined products futures rebounded from their recent lows,” Andy Lipow, president of Lipow Oil Associates, warned in a statement. report of CNBC.

In addition to the movements in the futures markets, refineries are reaching the limit of their production and they are at the expense of any alteration, such as a natural phenomenon, triggering prices in a few days.

In the midst of this scenario, GasBuddy’s Head of Analysis, Patrick De Haan, considered that the drop in prices will stop within five or ten days.