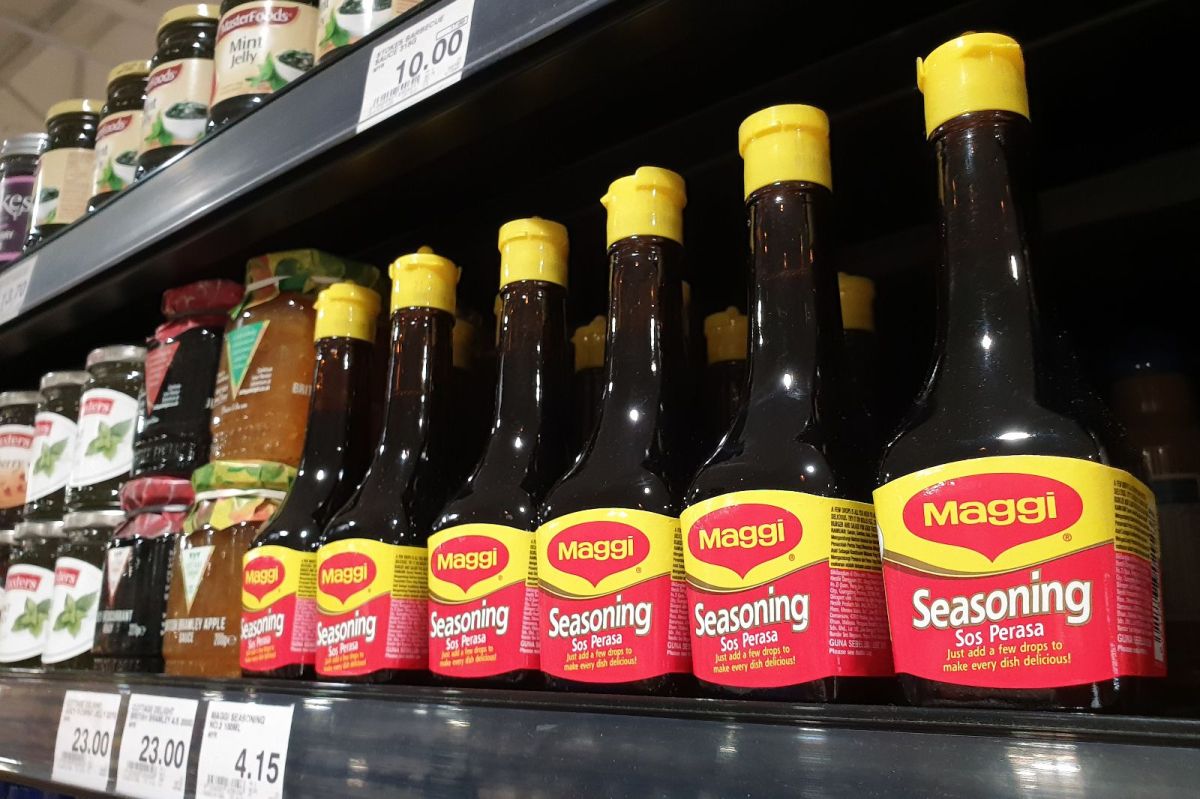 We all know Maggi sauce and have used it at some point in the kitchen. It is one of the most popular condiments of all time, is a food flavor enhancer that is available in the form of cubes, granulated powder or in its most famous version which is a fine concentrated liquid of a characteristic dark brown color. The truth is that although it is one of the most popular products of all time, we know little about its invention, ingredients and other peculiar details. The first thing we have to say is that The iconic Maggi sauce was invented in Switzerland in the late 19th century, it is an ingredient with uses that have transcended cultures, dishes and cuisines, thanks to its soy sauce flavor rich in unami.

A little about the history of Maggi sauce:

Julius Maggi, a Swiss miller, created and marketed the first instant pea and bean soups in the late 1800s to meet the working class’s need for nutritious plant-based foods. Its first factory, in Singen, Germany, was established in 1887 and from its inception the famous seasoning was called by the Germans: Maggi Würze; the word wurze means spice or seasoning.

It turns out that in the year 1886, the Maggi company presented a novel liquid condiment: a dark colored sauce based on vegetable proteins. And which was made with hydrolyzed vegetable proteins, since they have a high in glutamic acid (from which MSG is derived), which is known to enhance the taste of salty foods thanks to its rich, meaty flavor profile. What the company did not expect is that this product would have such success, it developed followers for many reasons, however the main one is completely practical: was an inexpensive substitute for a meat extract, ideal to integrate in all kinds of preparations (especially broths).

The rest is history since Maggi sauce quickly became a staple for seasoning in all homes, first in Europe; later in other parts of the world. Maggi is a product that is used all over the world, for example: in Africa and the Middle East, it is mainly used in the form of a cube. Currently, there are a total of nine different formulations that differ between countries and regions., based on local cuisine and preferences. The Swiss version is the original flavor, but some repeat consumers argue that the French version is better.

Another market where Maggi sauce is widely used, It is in Mexico that they usually call it “Maggi juice” and it is usually sold in three presentations: mild, spicy, and there is a popular lime-flavored version. Also, in the Philippines, it is known to have a much more pronounced garlic flavor. While the Polish version, it is lighter in color and tastes a bit more bitter than the original version. However, beyond the bottle, Maggi comes in chicken and beef broth tablets, soup mixes, hot chili sauces, and granulated broth.

Many people have come to Compare Maggi sauce with soy sauce. Although these are products that are made in a similar way, there are differences to consider: both products are rich in umami, however Maggi sauce is made from hydrolyzed wheat protein and is not soy sauce. Its flavor is deeper and more complex than that of soy sauce. The truth is that they are good substitutes, a good tip if you do not have Maggi sauce on hand, is to substitute equal parts of soy sauce and Worcestershire sauce.

About the uses of Maggi sauce:

Without a doubt, Maggi sauce is a product with a powerful global reach. But nevertheless, many Americans are not entirely familiar with this popular condiment sauce. The truth is that once you integrate it into the kitchen, nothing will be the same again and it is likely to inspire great culinary creativity, since its uses are extremely versatile and simple. People commonly add a drop or two of the sauce to soups, sauces, and stews, the main reason being that adds flavorful depth to anything it’s paired with: scrambled eggs, meat sauces, soups, stews, and even mixed drinks. Another great tip is to integrate it into meat marinades; makes meat products taste meatier, juicier and enhances their natural flavors.

A good tip for those who want to start in the world of Maggi sauce, is to start incorporating it in the dishes in moderation (just as you would with soy sauce). Also, it is important to mention that Maggi sauce is based on wheat protein (which means that it is not gluten-free); It is high in sodium and is a bit of an acquired taste. So now you know, if you are interested in innovating in the kitchen and adding a different touch to practically all your preparations: Maggi sauce can be a great ally to enhance the flavor of many dishes.

About its taste (for those who have not tried it), It is a product that smells and tastes of celery, parsley and fennel. Although it is not entirely clear, if celery is one of the main ingredients of the “secret” recipe, it is known that the Germans seem to think so. In fact, not in vain, since the sauce was invented, the Germans colloquially call it celery maggikraut and the dutch call her maggiplant.