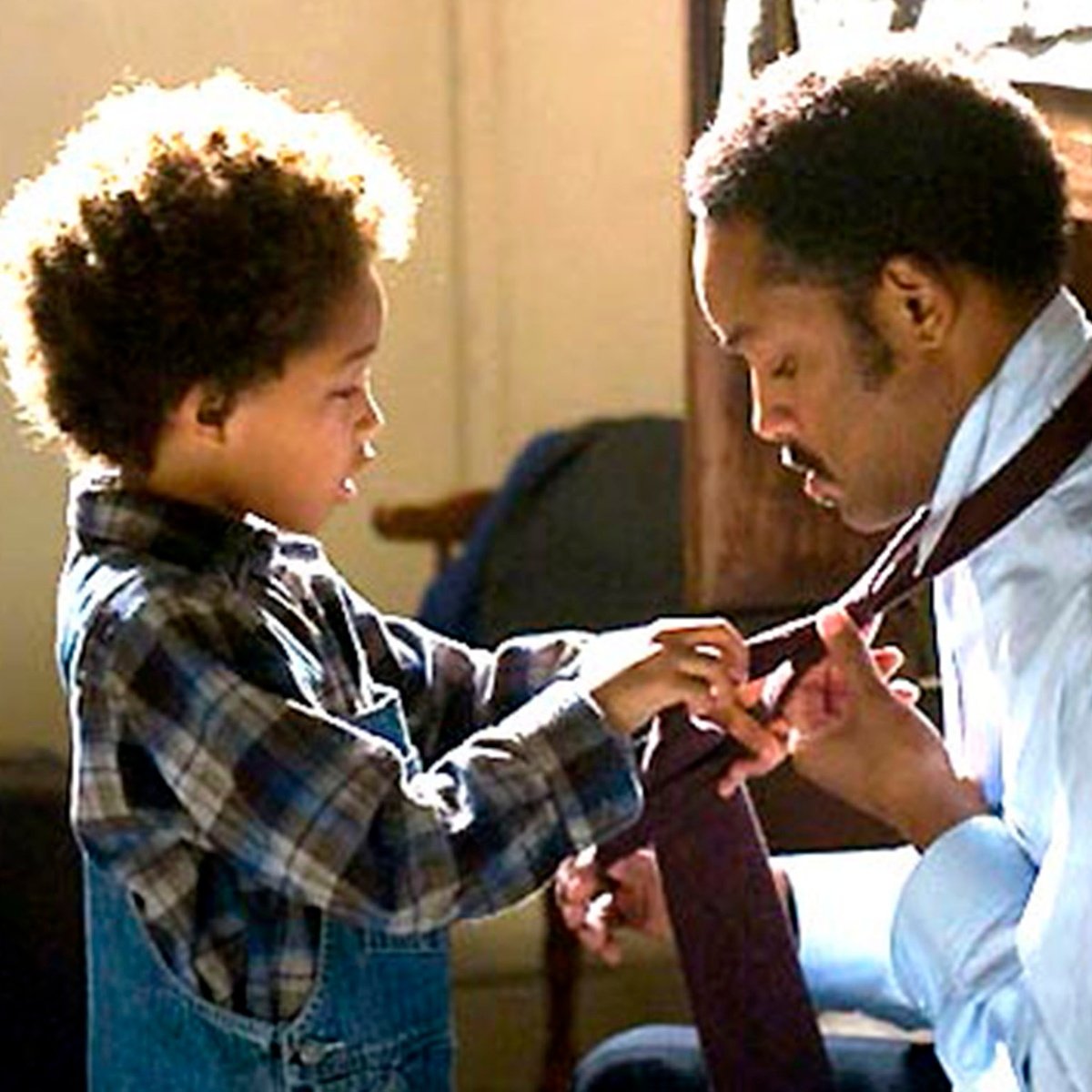 The 2006 drama “Looking for happiness” tells the true-life story of Chris Gardner and his son, Christopher Jr., as they face a year of homelessness.

Directed by Gabriele Muccino and co-written by Steven Conrad and the Quincy Troupe, the film is based on Gardner’s memoir of the same name.

After being evicted from his home, Chris lands an internship at a high-end brokerage firm, but because the position doesn’t pay him, Chris and his son still have nowhere to go and are forced to spend the night in shelters.

Chris must compete with the other 19 unpaid interns for a paid position, while he and his son struggle to stay afloat.

Gardner is played, of course, by Will Smith, who received an Oscar nomination for his lead performance.

Making the film a family affair, Christopher Jr. is played by Smith’s real-life son, Jaden Smith, in his debut film role. In a film that focuses on a father’s relationship with his son, it makes sense to cast a real father-son duo.

But it turns out that choosing the young Smith was not an easy decision. In fact, he still had to audition, as did other young actors vying for the role.

These are the times Smith’s youngest son had to audition for his career-changing role in “The Pursuit of Happyness.”

In his memoir, titled “Will,” Will Smith explained that director Gabriele Muccino was having trouble casting the role of Christopher Jr. after auditioning nearly 500 child actors.

Around that time, his son Jaden Smith had begun to express an interest in acting, so he and his wife, Jada Pinkett Smith, allowed their son to audition for the role of Smith’s eldest son on screen.

Even though Muccino was on board to cast the young Smith, there was some pushback. Smith wrote that the director of “The Pursuit of Happyness” told him, “I wanted Jaden for this role from the first moment I met him, but the studio forbade me to ask you.

The studio felt that it was a death sentence for the film from a marketing standpoint. They felt that people wouldn’t be able to suspend their disbelief at seeing you and Jaden on camera as father and son.” Also, according to Smith, the studio didn’t want the decision to look like nepotism.

Ultimately, Jaden was allowed a screen test alongside Smith, which led to Jaden auditioning a total of nine times, something his father said he hadn’t seen before. Smith wrote:

“The studio just didn’t want the issues that came with casting him. But audition after audition, in all his innocent 6-year-old glory, he proved to be the right actor for the part.”

The Pursuit of Happyness triumphed in the cinema

Despite the studio’s fears that casting Will Smith’s son in real life might be too distracting, the decision paid off.

Critics, for the most part, enjoyed the casting decision. In fact, Jeff Vice of the Deseret News thought the real-life father-son duo is what made the movie so successful. Vice wrote:

“Unsurprisingly, the two Smiths have a natural and believable father-son chemistry, and that character dynamic helps propel this surprisingly involving and moving drama.” Vice also noted that the young Smith gives a performance that stands out from other child actors.

Additionally, Paul Byrnes of the Sydney Morning Herald agreed that the casting was beneficial to the film. Byrnes wrote:

“The American film also has the benefit of blood: the two Smiths have an attractive and largely unsentimental relationship on screen. The father’s devotion is obvious but not superhuman. Jaden Smith is allowed to be natural.”

In general, “The Pursuit of Happyness” received positive reviews from all sides. Today, it has a 67% score on Rotten Tomatoes, along with an even higher 87% audience score. So Jaden Smith’s nine auditions were definitely worth it.