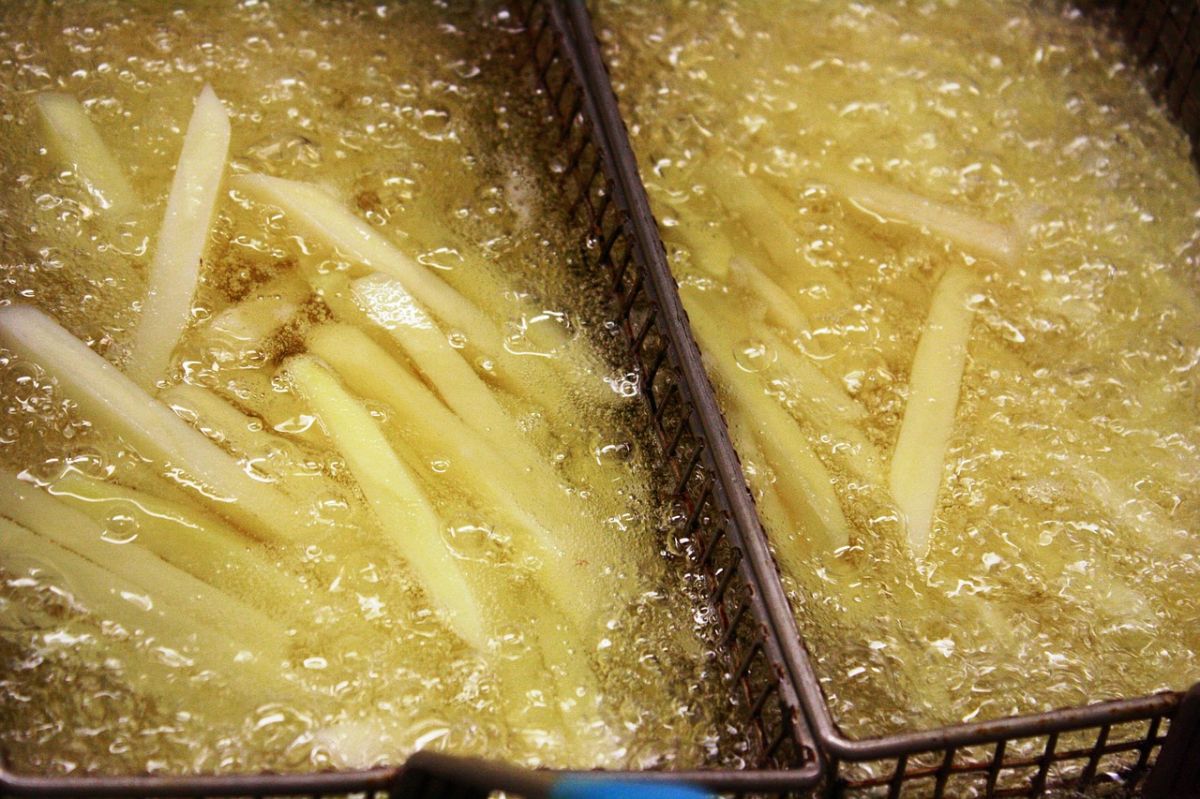 To fry food, a considerable amount of oil is usually required. However, this cooking method does not have to mean a waste of oil since it can be reused several times taking into account some aspects. Oil used more than once can even make frying crunchier.

How many times to reuse the oil for frying?

The times in which an oil can be reused depends on the food to be fried. Cook’s Illustrated experts tested chicken and fries with canola oil. 2 liters of oil were used in a Dutch saucepan (deep and heavy). The oil can also be reused using a deep fryer.

The results of the experiment showed that the oil can be used up to four times to fry chicken before degrading; After the fifth batch, the chicken began to taste fatty and off-flavors.

The oil can be reused to fry eight batches of potatoes and probably moreespecially if you are replenishing with a little fresh oil. In tests carried out, the oil remained pale and smelling clean, with hardly any color change.

Oil that has been used more than once allows fries to be more crisp. The Spruce Eats explains that when the oil has been slightly decomposed it produces crispier fries as their molecules adhere more effectively than fresh oil. Fresh oil like oil that is too old is not the best oil for French fries.

Cook’s Illustrated recommends reusing the oil three to four times in breaded and battered foods. and notes that it’s okay to reuse the oil eight times to fry cleaner foods like French fries.

After each frying, the oil must be drained and filtered. Impurities, loose crumbs or pieces of dough will burn and will ruin the integrity of the oil. Place a few layers of cheesecloth in a metal or Chinese strainer to filter out the smallest crumbs.

Maintaining the temperature when frying not only prevents food from becoming too soggy when the oil is too cold or burning on the outside and raw on the inside when the oil is too hot; it also helps preserve the oil. If the oil gets too hot, it breaks down and is unstable, which can make food greasy and taste unpleasant.

It is not advisable to exceed the number of times the oil is reused; with each use, the oil becomes more and more destabilized until it decomposes, acquiring a rubbery consistency, a darker color and a pungent smell that permeates the food and even your clothes.

Among the best oils for frying are canola and avocado oils.