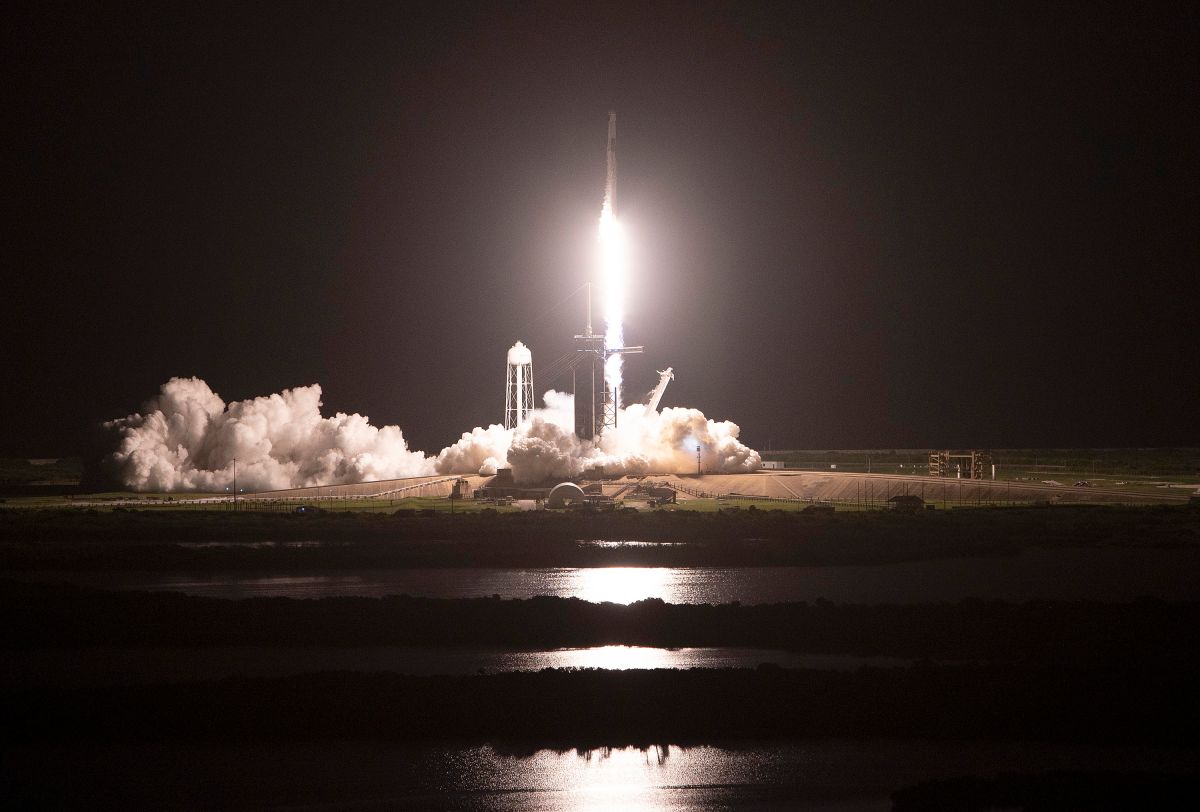 Inspiration4 is the first space mission organized by SpaceX to have civilians on board. This millionaire mission was bought by pilot and billionaire Jared Isaacman, who purchased all the tickets and ran a contest for “the right people” to be a part of this historic launch.

The full cost of the mission was assumed by Isaacman and although the exact price was not disclosed, it is estimated that each seat cost around $ 55 million..

Isaacman donated two of the tickets, with the third going to the businessman who won the contest to raise $ 200 million for St. Jude Children’s Hospital in Memphis, Tennessee.

In addition, the billionaire donated $ 100 million to St. Jude Hospital., for which the funds are raised and which specializes in treating children with cancer,

The 4 civilians entered SpaceX on Wednesday a 60-meter-high spacecraft, to reach a speed of 44,256 kilometers per hour and reach space. The mission left NASA‘s Kennedy Space Center in Brevard, Florida.

Inspiration4 will reach a height of 575 kilometers from Earth, 160 kilometers higher than the ISS, is the furthest human spaceflight since the Hubble missions, says SpaceX.

The civilians were training the six months prior to the mission on maneuvers in zero gravity and above all to what they must be prepared to go around planet Earth every 90 minutes.

The 4 members of the mission who earned a place in it, thanks to Isaacman, founder of Shift4Payments, are scientist and educator Sian Proctor (51), physician assistant and cancer survivor Hayley Arceneux (29) and aeronautical engineer Chris Sembroski (42), as well as Jared Isaacman (38), who also commands the Inspiration4 mission.

Isaacman assumed the cost of the seats and the entire mission, including the SpaceX Crew Dragon capsule, the vehicle that was designed to transport astronauts from the International Space Station (ISS) that carried out manned flights last year and that will now be three days and then it will fall into the Atlantic Ocean off the coast of Florida with the help of a parachute.

The crew members carry a large amount of scientific equipment and the crew will conduct medical experiments as part of a research program at Baylor College of Medicine.

Therefore, an expense of at least $ 200 million is calculated as a minimum. But it’s all for a good cause.

The mission has its own series on Netflix and shows the selection process of the candidates who participated, in addition to all the preparation.