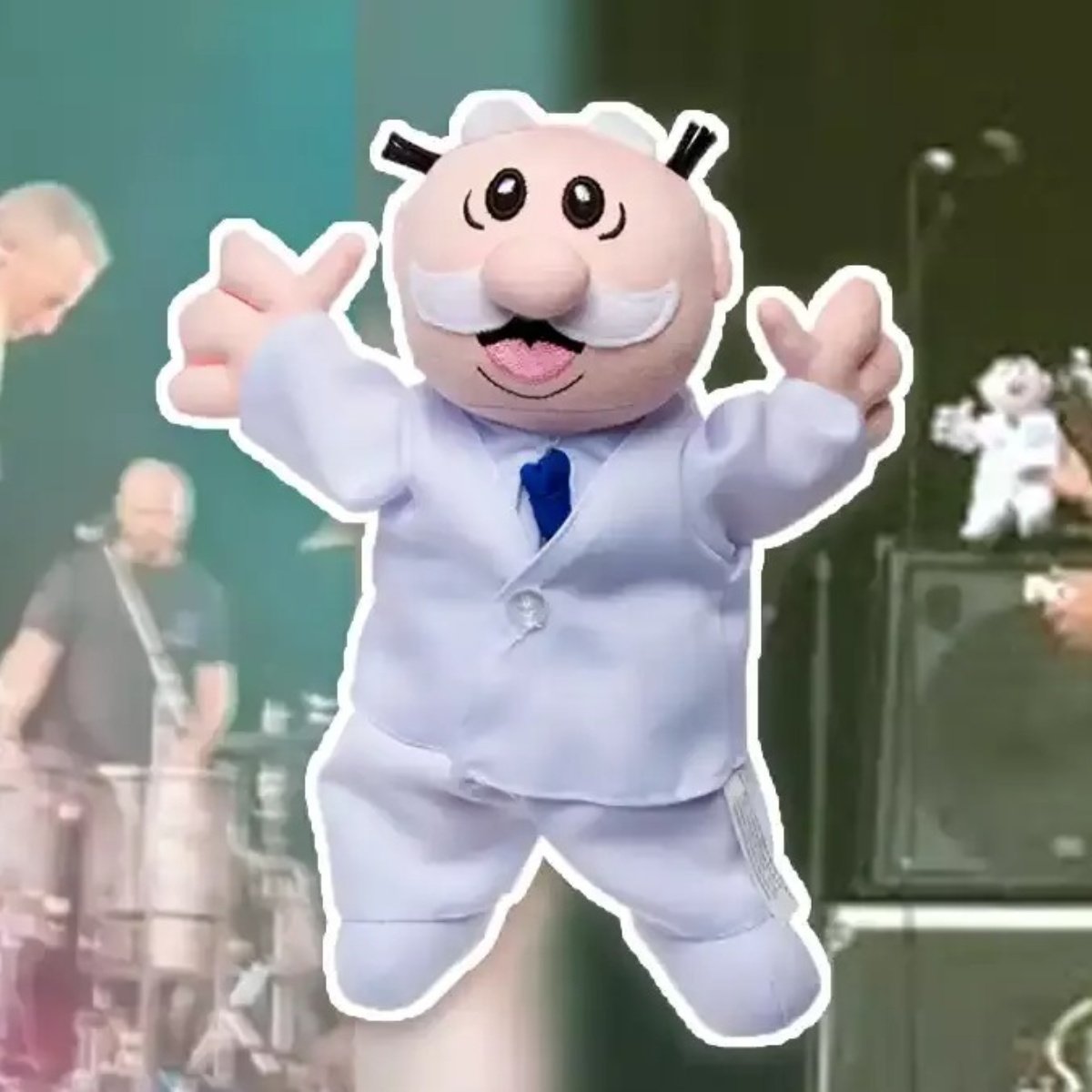 In Mexico it is already a tradition that when an international artist performs, the fans do everything so that he has a Dr Simi plush in his hands, either giving it to him with his own hand or throwing himself on the stage.

Few really know where this crazy and somewhat strange tradition came from, which takes us back to the Corona Capital with the singer Aurora Aksnes, who was the first to receive a stuffed animal of said character.

The list has been updated and has had major celebrities like Coldplay, Lady Gaga and recently Rosalía in her presentation in Mexico City, who by the way loves the character.

As you have surely noticed, the stuffed animals of this cute character have taken over social networks and the stages in the presentations of international artists in our country.

The origin of the story goes back to the festival of capital crown when the singer aurora aksnes She received a stuffed animal in her hands, which we later found out by the sender’s own voice that it was a gift from her boyfriend.

even through tik tok the girl identified as Avriellitawas enthusiastic and happy to have started a tradition that has even been the subject of controversy due to its use.

It may interest you: Rammstein fans ask not to throw Dr. Simi’s stuffed animal on stage. Why?

How much do they cost and where to buy them?

As we have previously mentioned in AmericanPost.Newsthe stuffed animal of this cute character can be found for sale at the official points of similar pharmacies, which would have a price that ranges between $180.

In addition, the pharmacy chain has indicated that all proceeds from the sales of this cute character will go to the creative hands of the Mexican artisans who do so, therefore it has become a recognition of their work.

Even in recent days it has been rumored on social networks that Dr. Simi plush toys are scarce and given their popularity in the comments of their accounts, they have been asked to Similar pharmacies to make more versions of this cute doll.