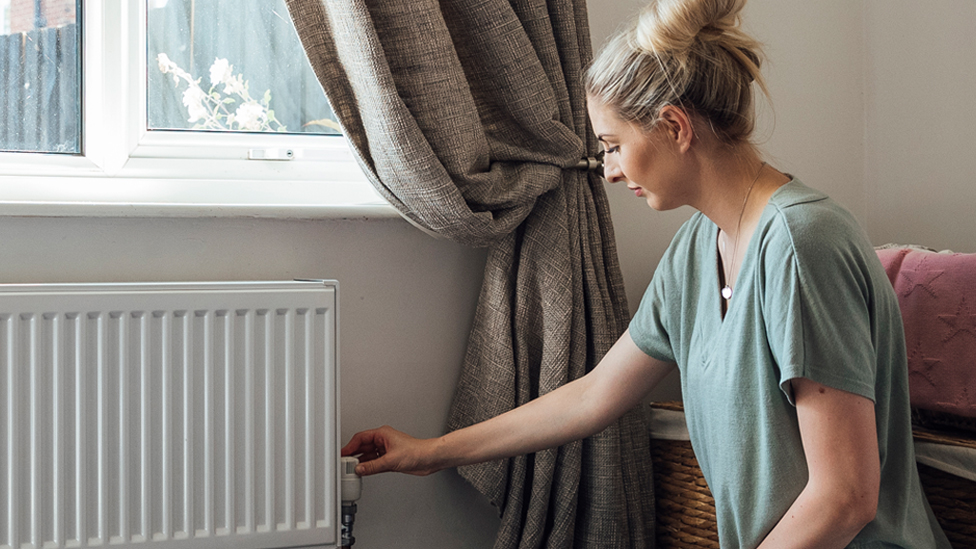 The question of how dependent the world is on Russian oil and gas has become more relevant after the White House imposed new sanctions in response to the Vladimir Putin government’s invasion of Ukraine.

The president of the United States, Joe Biden, announced this Tuesday a total ban on imports of oil, liquefied natural gas and coal Russian.

What is not known so far is how the Russian president, who has warned the West that it could cut off gas supplies to several countries, will respond to the new sanctions, striking at the heart of Europe.

The tension escalates as Russia intensifies its military offensive.

The US blockade of Russian oil and gas is accompanied by similar measures taken by its allies.

Britain also announced on Tuesday that it will phase out “the import of Russian oil and oil products by the end of 2022.”

For its part, the European Union (EU) said it plans to cut Russian gas imports by two-thirds by the end of this year and cut its dependence on it permanently by 2030.

These decisions come on top of a series of economic and financial sanctions imposed by the West in recent weeks.

Among them is the prohibition of making or receiving international transfers through the Swift global payment system, the limitation of access of Russian banks to international credits and the paralysis of the assets of the Central Bank of Russia and some public and private banks.

What had not happened was the next step: the application of sanctions on Russian energy exports.

Anticipating what might happen, Russian Deputy Prime Minister Alexander Novak said that if a rejection of Russian oil were announced, the blockade would have “catastrophic consequences for the world market” and that Moscow could shut down its main gas pipeline to Germany.

Europe, but especially Germany, is dependent on Russian gas, making it vulnerable to any supply constraints.

In fact, Russian gas represents about 40% of natural gas imports from the European Union. That makes the block very vulnerable.

How much oil does Russia export?

Oil and gas prices have already risen sharply and would rise further if Russia stopped exports.

Russia is the third largest oil producer in the worldbehind the United States and Saudi Arabia.

Of some five million barrels of crude oil it exports each day, more than half goes to Europe. The United States is less dependent, with around 3% of its imported oil from Russia in 2020.

It is a level of dependency considered by experts as low or very low.

What would happen if Russian gas stopped flowing to Western Europe?

If Russian gas supplies were cut off, Italy and Germany would be especially vulnerable.

Instead, Russia only provides about 5% of UK gas supply, and the US does not import Russian gas.

However, prices in the UK and US continue to rise significantly due to the global effect of tight supply.

Could alternatives to Russian gas be found?

“It is more difficult to substitute gas because we have these big pipelines that bring Russian gas to Europe,” Ben McWilliams, an energy policy research analyst, tells the BBC.

The Bruegel think tank predicts that if Russia were to stop supplying gas to Europe, then Europe could possibly import more liquefied natural gas (LNG) from the US.

It could also increase the use of other energy sources, but doing so is not quick or easy.

“The renewable energy they take time to implement, so in the short term this is not a solution,” says research analyst Simone Tagliapietra.

“So, for the next winter, what can make the difference is the change of fuel, such as the opening of coal power plantsan alternative that Italy and Germany have considered in case of an emergency”.

And what about oil?

“On oil, it should be easier [encontrar fuentes alternativas]as not as many pipelines are required,” explains Ben McWilliams.

“Some come from Russia, but there are also many shipments from other places.”

The United States has been asking Saudi Arabia to increase its oil production, but that country has rejected previous US requests to increase production in order to reduce oil prices.

Saudi Arabia is OPEC’s largest producer., the group of oil countries which represents about 60% of the crude oil traded internationally. Because of this, OPEC has a key role in influencing oil prices.

Russia is not officially a member of OPEC, but has been working with it since 2017 to put limits on oil production, in order to keep producers’ profits.

What happens in Latin America?

Although Latin America has a very low direct commercial relationship with Russia, the increase in the price of oil at a global level threatens affect economic growth and escalate inflation in the region.

“A higher oil price is going to have implications on both the supply and demand sides. There are very limited shipments of Russian crude oil to the Latin American region, but obviously any disruption in the global supply has an impact on the rest of the crude oils”, Ixchel Castro, manager for Latin America of Oil and Refining Markets of the consulting firm, explains to BBC Mundo. Wood-Mackenzie.

That the price of oil rises, as it has been doing since the war began, is not necessarily good news for Latin America.

Brazil and Mexico are the main producers on the continent, while Venezuela, Ecuador, Colombia and Argentina they also produce, although to a lesser extent.

“For them it is good that the price rises, but in reality it is not so good,” Fernando Valle, senior oil and gas analyst at Bloomberg Intelligence In New York.

“When it rises above US$80 a barrel, it is a very big problem due to price inflation for consumers.

“As much as state companies like Petrobras (Brazil) or Pemex (Mexico) have more money, it is not enough to be able to reduce the impact on the consumer. And for governments it is very important that prices do not rise so much, ”he adds.

Given the above, it is important to bear in mind that many producing countries also need to import gasoline. This is the case of Mexico, which is forced to import gasoline from the United States because it does not have the necessary refining capacity to supply its internal demand.

“The region still has the raw material, but not the refinery capacity it needs to supply its domestic demand. And, therefore, it continues to matter,” explains Castro.

Thus, the rise in the barrel can have mixed effects.

On the other hand, the rise in the price of a barrel is a negative phenomenon for countries that are only importers, as is the case of Chile or Peru.

“It’s a problem because everything is more expensive,” says Fernando Valle.

“Energy is the basis for everything, so when you raise that price, the price of exports also rises,” he adds.

On the other hand, the United States was considering relaxing oil sanctions on Venezuela, although it is not clear if there has been any kind of progress in this regard.

Caracas used to be a key supplier of oil to the US, but Venezuela has been selling its oil largely to China in recent years.

The world’s consumers will have to pay more

Looking for other options, Europe could turn to existing gas exporters such as Qatar, Algeria or Nigeria, but there are practical obstacles to rapidly expanding production.

As a result of this war consumers will face increases in energy and fuel bills.

In the US, for example, gasoline costs reached their highest levels since 2008. The American Automobile Association said that prices increased 11% during the last week.

“I think that if we are in a world where Russian oil and gas stops flowing to Europe, then we are going to need measures as a rationingMcWilliams points out.