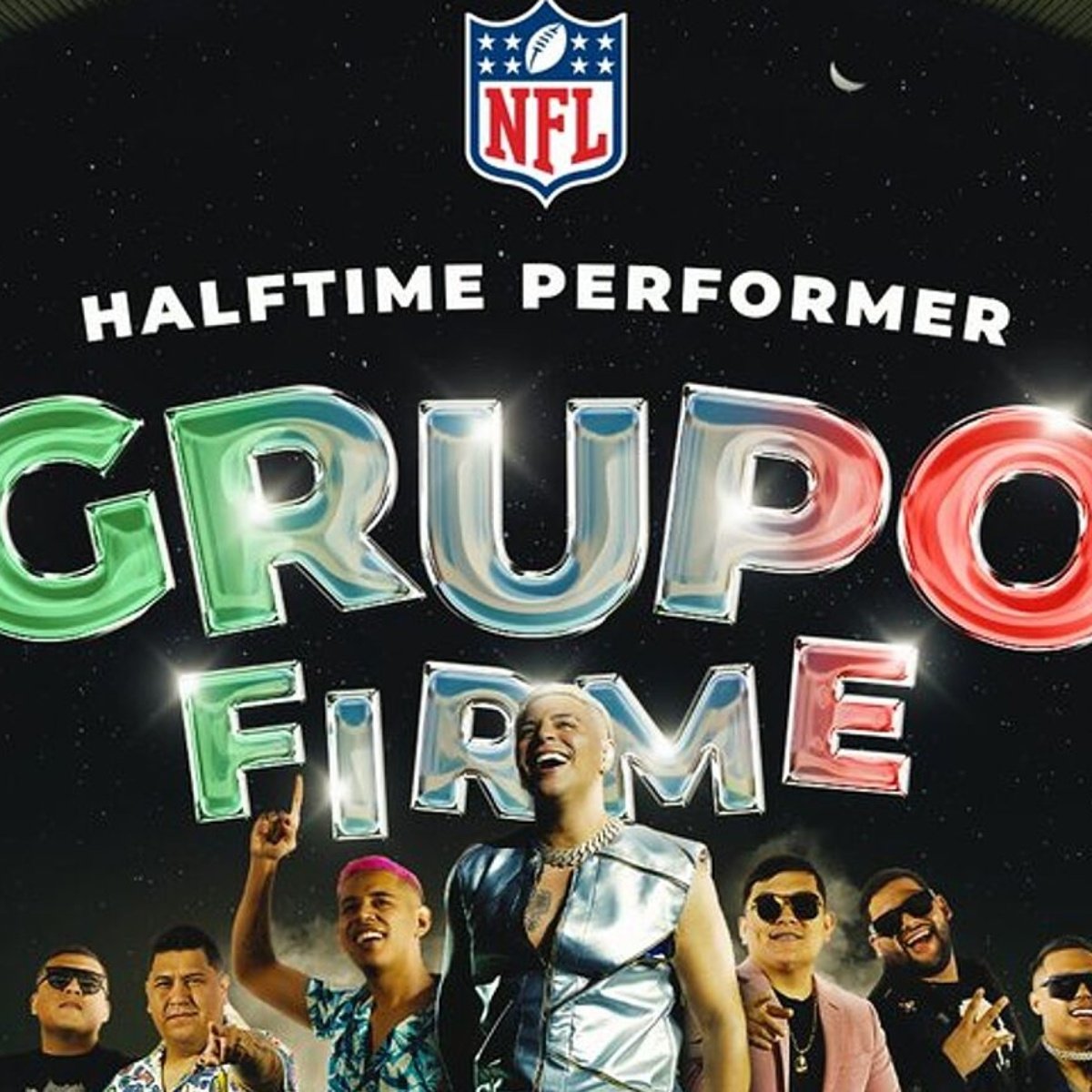 Grupo Firme’s success does not stop, as it was recently confirmed that the group would be in charge of filling halftime with music at an NFL game between San Francisco and Arizona, which will be held at the Azteca Stadium.

In American Post News, we inform you that Grupo Firme’s performance will be enjoyed by more than 70 thousand people attending the event, in addition to the fact that it will be broadcasted, as it is part of an official NFL regular season game.

Although the Mexican group has not given details about their upcoming participation, it is expected that they will perform songs such as “Ya supérame” and “El Tóxico,” which are their most listened-to songs.

How much will Grupo Firme charge to sing in the NFL?

Grupo Firme, unlike the presentations at the Super Bowl, will be paid for performing at an official NFL game.

It is speculated that Grupo Firme will receive a payment of 2.5 million pesos (almost 130,000 USD), although it is not known at this time how long their performance will last. We talked about the amount they usually charge to participate in various events, and they stick to their regular offer. Considering they ask 3.5 million pesos (almost 180,000 USD) to perform at weddings, this is a pretty reasonable amount.

It is worth mentioning that Grupo Firme had revealed that one of their biggest dreams was to sing at halftime of the Super Bowl, and although this time it will only be one game, it is a great achievement for the group, who have been very excited to be chosen.

What is the fortune of Grupo Firme?

Grupo Firme is considered to be the leading exponent of regional Mexican music, and it is presumed that each of its members has a fortune of millions of pesos.

As for their vocalist Eduin Caz, it is estimated that his fortune is around 42 million pesos, although the singer has other businesses outside of music.

Despite the criticism Grupo Firme has received, especially in recent months, they have proven to be one of the most successful groups in Latin America.