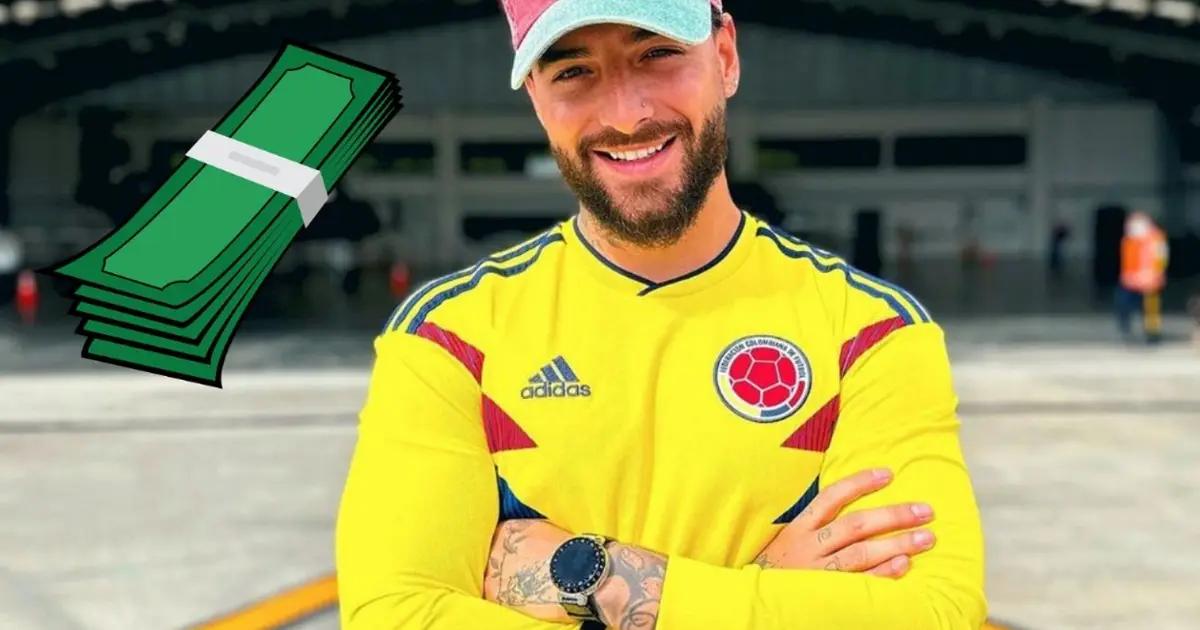 Maluma has become one of the most recognized Latin artists in the country, which is why he earned his place in the Qatar 2022 World Cup to sing at the opening of the great event, but in the last few hours he has become a trend for the millionaire figure he will charge.

Soccer fever is growing, as the FIFA World Cup is just a few hours away. Thousands of fans have already begun to gather in Qatar, where the first matches and one of the most awaited events, the inauguration, will take place this Sunday, November 20.

Aside from the inauguration, he had also participated in the FIFA Fan Festival before the games’ opening.

While there were artists who refused to participate in the ceremony due to the violation of human rights in that country, as was the case of Shakira, Dua Lipa and Rod Stewart, there were those who did not hesitate to confirm their attendance, for example, Jason Derulo, Calvin Harris, Black Eyes Peas, Omar Montes, Nicki Minaj, Robbie Williams, and Maluma.

He had also been part of the official World Cup song:

How much will Maluma charge for his participation in the Qatar 2022 World Cup?

After the artists agreed to participate in the inauguration of the Qatar 2022 World Cup, the figures that uncover how much the Colombian will earn for singing at the great event went viral. Although it has been reported that there will be public concerts, which will be paid for by the Government, and private ones.

In relation to the private ones, Maluma will charge no more and no less than 300,000 euros, as will Jason Derulo. But they have not been the most expensive artists, but Black Eyed Peas will receive a payment of 450,000 euros; finally, Calvin Harris will receive 290,000 euros.

Maluma is criticized for abandoning an interview about the violation of rights in Qatar.

Maluma gave a lot to talk about with a recent interview he had, where he was questioned about his participation in the inauguration of the Qatar 2022 World Cup. The Colombian agreed to be interviewed by the Israeli channel ‘Kan’ with journalist Moav Vardi, who asked him what his position was regarding the socio-cultural conditions in which Qatar lives, since fellow musicians positioned themselves against and rejected the offer to participate.

“Maluma, don’t you have a problem with the violation of human rights in this country?” said the journalist, to which the interpreter of ‘Felices Los 4’ dodged the question and said that he only intended to enjoy the moment. “Yes, but it’s something I can’t solve. I’m just going to enjoy life, enjoy soccer and the party of soccer. It’s not something I really have to get involved in. I’m enjoying my music and beautiful life, playing soccer as well,” he exclaimed.

But there was an insistence on the journalist, and Maluma opted to leave the interview arguing that Moav Vardi had been rude to him. Of course, the moment went viral on social networks and this generated a debate of comments, as some supported him, while others said they were against the Colombian.

Hours later, Maluma wrote on his social networks, “I came to celebrate the soccer party. To put my flag and my culture in the most important event in the history of sports and to bring joy to the corners of the world. That is my task and my legacy. I will not change and I will continue to do it with all the love in the world. If some did not want to come, that’s their problem, but I am here facing reality and bringing light to the whole world.“