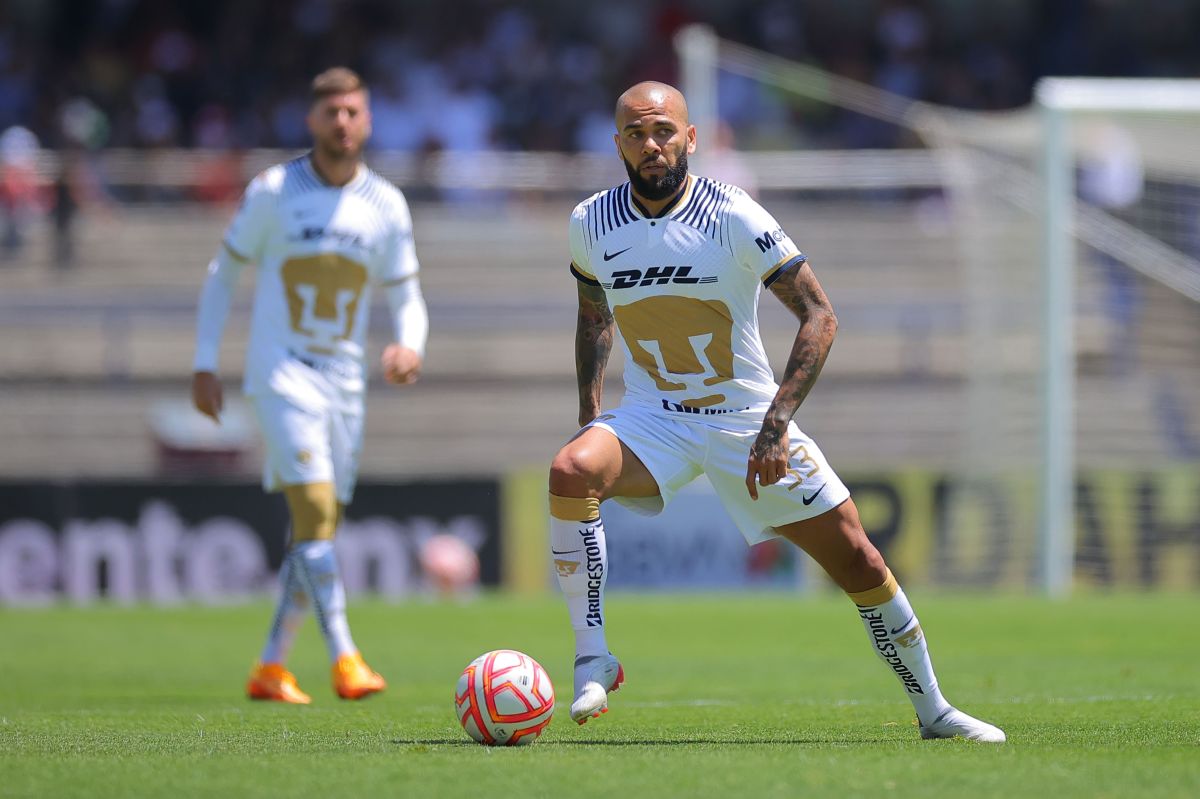 Pumas UNAM he fell thrashed against FC Barcelona at the Joan Gamper with a crushing 6-0. Nevertheless, the Mexican team did win something more than the match, Well, by playing the 90 minutes with the Spanish team, he managed to pocket a significant amount of money, being 300 thousand dollars the gain he had for agreeing to play said match.

At least that’s how he made it known the information given by the Récord media, where it details that after the non-participation of AS Roma, from Italy, and with the affirmative response of the university group, the institution earned that amount of US dollars.

Undoubtedly, for a team like Pumas UNAM this amount of money is very good, then the injection of said amount will help pay the bills of a possible purchase or even the salaries of the elements that are making life in the university staff.

In the same match, although Pumas came out thrashed and won said money, we also saw how Dani Alves went out to warm up before the friendly and it was heard how the people present shouted for him, to which he simply responded with a gesture of a heart. In addition, it was also seen how FC Barcelona awarded him recognition for all his playing time invested in the ranks of the culé team.

Despite the poor result, Pumas must leave it in the past and focus on the 2022 Opening of Liga MX

After the win against the Spanish team, the team commanded by Andrés Lillini, and that it has different stars within its campus like Eduardo ‘Toto’ Salvio, Dani Alves, Ignacio Dinenno and more, they will have to play against the Águilas del América on Saturday, August 13 at 7:00 p.m. at the Estadio Olímpico Universitario, corresponding to date 8 of the 2022 Opening Tournament.

You may also like
Goodbye MLS? Julián Araujo could leave LA Galaxy to reach Porto de Portugal
–It is not Joan Gamper: Eduardo ‘Toto’ Salvio reveals the most important duel for Pumas UNAM
–Robert Lewandowski gets the praise after beating Pumas UNAM with FC Barcelona at the Joan Gamper