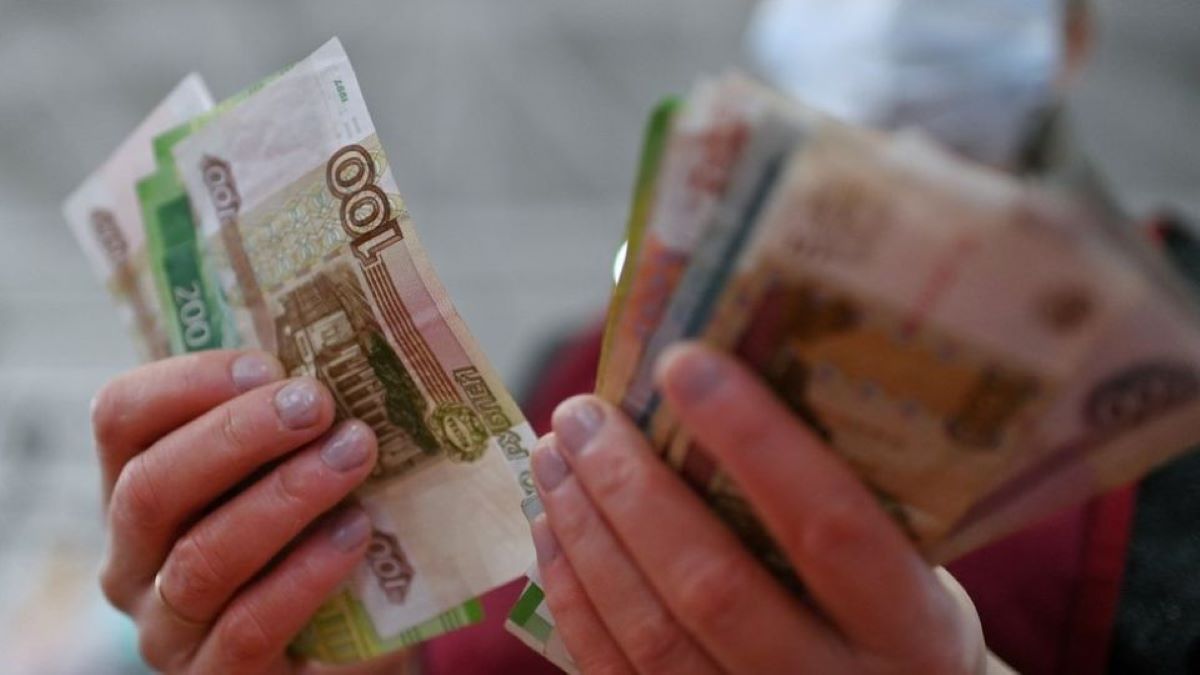 Russia has been preparing for this moment for years.

In 2014, when Vladimir Putin’s troops entered Crimea, annexing part of Ukraine, a first round of international sanctions fell on the Kremlin. And that taught Moscow an important lesson.

Since then, Putin has developed better defense mechanisms, weaning himself from the dollar and trying to protect the Russian economy.

However, a new package of restrictive measures was announced on Tuesday by Western powers in reaction to Putin’s decision to recognize two pro-Russian territories in Ukraine as “independent republics”, which is seen as a first step towards further intervention. wide.

US President Joe Biden, announcing a series of financial measures against Russia, considered that, with Putin’s decision, the invasion of Ukraine had begun.

“Simply put, Russia has just announced that it is taking over a large part of Ukraine. In my opinion, it is establishing a reason to take more territory by force. This is the beginning of a Russian invasion of Ukraine,” she said.

Biden indicated that he will hit with “total blockade sanctions” two large Russian financial institutions: a military bank (Promsvyazbank) and the VEB, the state bank that is responsible for supporting the development of the economy, managing the state debt and funds of pensions.

The US president also announced additional sanctions on Russia’s sovereign debt, “which implies that we are cutting off the Russian government from Western finances,” he said.

Previously, Berlin had announced the suspension of the approval process for the entry into operation of the Nord Stream 2 gas pipeline, which connects Germany and Russia, and the United Kingdom also advanced sanctions against Russian banks, politicians and entities.

The European Union, for its part, announced that it will sanction the 351 deputies of the Russian parliament who voted on Tuesday in favor of recognizing Donetsk and Luhansk as independent republics, as well as 27 natural and legal persons.

As explained by the head of European diplomacy, Josep Borrell, it is about “individuals and entities that are playing a role in undermining or threatening the territorial integrity, sovereignty and independence of Ukraine”.

Both the United States and Europe promised more sanctions should Russia continue its escalation against Ukraine.

But how effective can these measures really be? Is Russia prepared to evade them?

The Russia of today is not the same economically as the one that annexed Crimea eight years ago.

Putin’s government has over the years accumulated huge foreign exchange reserves and cut its budgets to keep its economy and government services running, even in lockdown.

Thus, it has reoriented trade and sought to replace Western imports, in such a way that it is easier for it to evade sanctions.

To the point that, according to analysts, the Russian president is able to show that he can withstand the sanctions for longer than the West assumes.

On Monday, in a meeting with his Security Council, Putin asked several ministers how prepared Russia is to deal with sanctions, to which his officials replied that the West would hinder Russia in any way and that the country was prepared to it.

By January of this year, the Russian government’s international reserves in foreign currency and gold were at record levels, worth more than $630 billion.

That is the fourth highest amount of such reserves in the world and could be used to help prop up the Russian currency, the ruble, for a considerable time.

Only about 16% of Russia’s currencies are currently held in dollars, down from 40% five years ago. About 13% is now held in Chinese renminbi.

While about half of Russia’s total bank foreign assets and liabilities are in US dollars, according to central bank data.

All of this is designed to shield Russia as much as possible from US-led sanctions.

There have also been other changes in the structure of the Russian economy.

Over time, the country has reduced its dependence on foreign loans and investments and has been actively seeking new business opportunities outside of Western markets.

China has a good part in that strategy.

Putin recently traveled to Beijing to participate in the opening of the Winter Olympics, while most Western governments have refrained from sending their officials to the ceremony in a diplomatic boycott over human rights abuses in the country. Asian.

And on Monday night, while most nations in the UN Security Council condemned Putin’s decision to recognize the rebel areas of Donetsk and Luhansk as “independent republics,” the Chinese government was among the few that did not joined the questioning and focused on calling the understanding “of all parties.”

The Moscow government has also taken the first steps to create its own system of international payments, in case it is cut off from Swifta global financial messaging service overseen by major Western central banks.

This has been one of the sanctions that the West has valued and that has only been applied once in history, so it is not clear how it can impact Moscow or what alternatives it can find given its proximity to China.

The Kremlin has also downsized your budgetprioritizing stability over growth, which has meant that the Russian economy has grown at an average of less than 1% a year for the past decade, but may have become more self-sufficient in the process.

“What Russia is doing, in effect, is building almost an alternative financial system to be able to withstand some of the shocks of sanctions that the West might impose,” says Rebecca Harding, CEO of Coriolis Technologies.

“But there will be some short-term pain in all of this and the vulnerability of the Russian system is that it has a very thin network spread all over the world,” he adds.

Experts agree that an invasion of Ukraine could be a dangerous game for Moscow.

Sanctions on major Russian banks, particularly state-owned banks, such as those sanctioned by the US on Tuesday, would be damaging.

But Putin may be calculating that US, UK and EU have slightly different strategic interests to consider.

Obviously, it is easier for some countries to impose sanctions on the Russian oil and gas industry than for others.

The EU, for example, gets 40% of its natural gas supply from Russia, while the UK gets around 3%.

Germany’s decision to suspend the Nord Stream 2 pipeline is therefore detrimental to Russia, but it will also have a direct impact on energy prices in Western Europe.

Another of the measures on which the West has focused is to target sanctions to individuals with high power and great influence in the government: the so-called oligarchs.

Putin is said to have no money or other foreign assets to his name (for obvious reasons), but a network of ultra-rich supporters is looking after him.

“There have been some sanctions against the oligarchs since 2014, but they haven’t gone far enough. The change will only happen if they are much more directed against them,” says Professor Tomila Lankina of the London School of Economics.

London is a particular focus, with its long-established network of shell companies, property and political influence.

The UK government has now announced new sanctions against specific individuals, but anti-corruption group Transparency International says there are about 1,500 million pounds sterling (about US$2.04 billion) of Russian money invested only in London propertiesa large part of funds held in tax havens.

“Western governments are not only failing the Russian people by allowing this to happen, they are also failing their own people,” Lankina says.

Western leaders have made it clear that the sanctions announced in recent days are just the first of several potential steps.

The pressure may increase considerably depending on what Putin’s next step is.

But will it be enough to force Russia to change course?

There is no doubt that sanctions can have an impact, but never before has such a comprehensive package been imposed on an economy as large as Russia.

And to make it effective, the West would also have to pay the long-term consequences.

In fact, Biden himself said on Tuesday that his government is studying mechanisms to prevent sanctions against Russia from being reflected in the price of gasoline in the US.

“I want to limit the pain that the American people feel at the gas station. This is critical to me,” she said.

“As I said last week, defending freedom will also have costs for us and here at home. We have to be honest about it. But while we do this, I will take strong action to ensure that the pain of our sanctions is directed at the Russian economy, not ours,” he added.