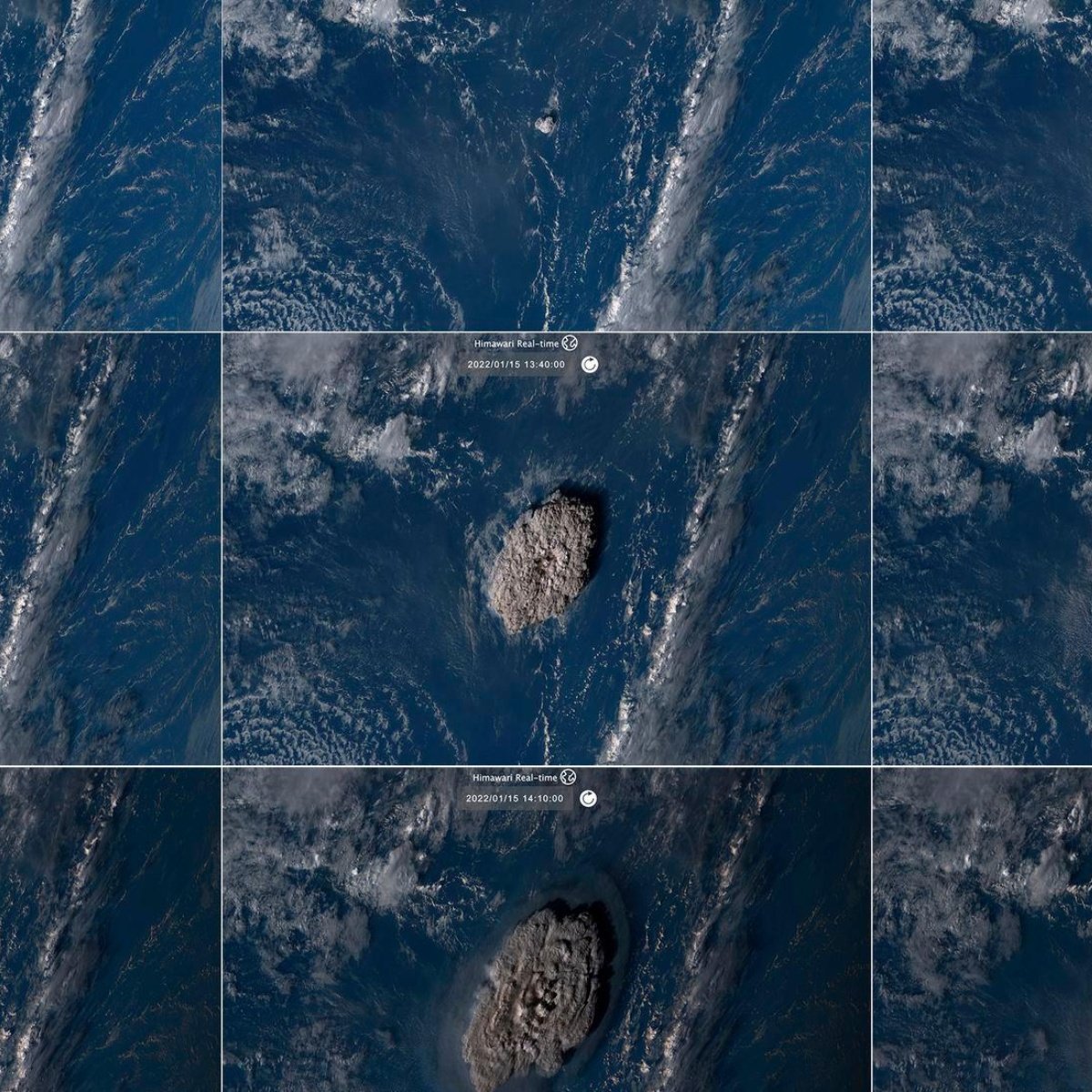 the Hungary Tonga volcano in the southwest Pacific erupted explosively on Saturday evening local time, producing a tsunami, sending ash 100,000 feet high and generating an atmospheric shock wave that rippled around the globe.

“We have a nightmare situation of an isolated community experiencing the effects of a large volcanic ash plume producing significant volcanic lightning, as well as a tsunami,” Janine Krippner, a volcanologist at the Smithsonian Global Volcanism Program, wrote in a Twitter direct message.

The eruption was heard in Alaska, about 5,000 miles away, while an area the size of New England was blanketed by the ashen smoke plume.“Seeing that ash plume, that volcanic lightning, and that tsunami leave me feeling sick thinking about the people being impacted by this large eruption.”

The violent eruption a few hours ago of the Hunga Tonga-Hunga Haʻapai volcano captured by satellites GOES-West and Himawari-8. pic.twitter.com/PzV5v9apF6

The volcano is about 40 miles north of Tonga’s main island, Tongatapu, near the international date line. Tonga, home to 105,000 people, can be found northeast of New Zealand and southeast of Fiji.

In addition to the more immediate and striking atmospheric effects resulting from the volcano, some have speculated that the volcano could affect Earth’s climate. Though experts are skeptical, atmospheric scientists continue to collect more data.

Hunga Tonga, an underwater volcano, erupted in 2009 and in late 2014. Renewed eruptions ensued Dec. 21, 2021, with occasional spurts of activity during the following weeks. A particularly explosive eruption occurred Jan. 15.

The plume towered to about 100,000 feet, roughly three times the altitude at which commercial aircraft fly. Thunderstorms flatten out at the tropopause, or top of the troposphere, the lowest level of Earth’s atmosphere, since a lid of warm air suppresses continued upward development.

Hunga Tonga’s plume, however, was so buoyant that it was able to penetrate this layer and continue into the stratosphere before pockets of air and ash subsided once again.