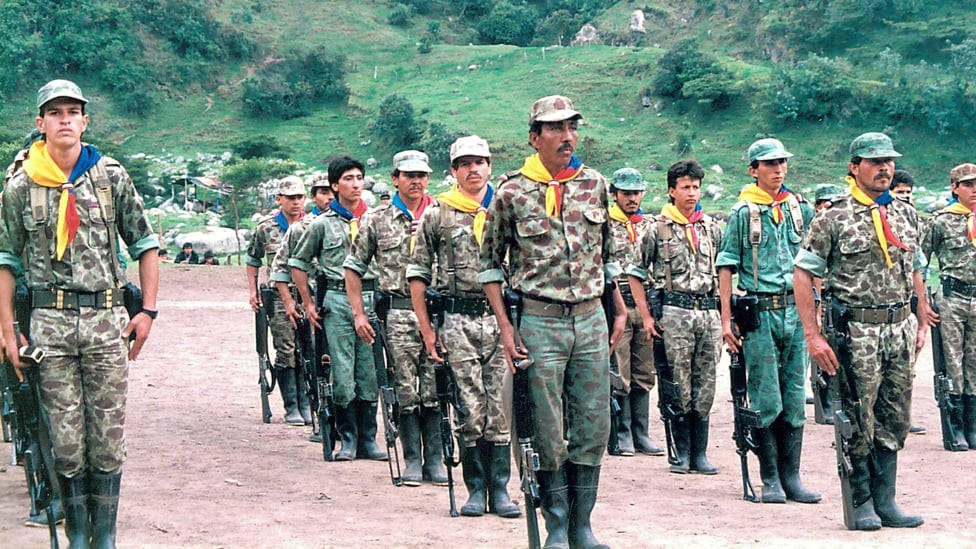 The victory of Gustavo Petro in the elections this Sunday is not only a milestone because for the first time there will be a left-wing president in Colombia, but also because he is a former guerrilla.

That is why his victory is seen as one more step in the evolution of a country that is leaving behind the dark period of extreme violence of the end of the 20th century and as a confirmation of the peace agreement with the FARC guerrillas in 2016.

There are already generations that did not experience violence like their parents and grandparents but, in addition, peace has given voice to new social and economic demands, and Colombian citizens, despite the distrust that Petro’s guerrilla past arouses in some, have decided rely on his promises of structural reforms and equality.

His coming to power also evidences the transformation of a politician who in his youth was a member of the April 19 Movement (M-19), a guerrilla group that he sought to impose his ideas by means of weapons but that differed from other guerrillas of the time in several aspects.

Among them, its origin, which dates back to a supposed electoral fraud.

Presidential elections were held that day in which the conservative Misael Pastrana seized power by defeating General Gustavo Rojas Pinilla.

The followers of Rojas Pinilla, a populist military man who had led a de facto government between 1953 and 1957, denounced a more than possible fraud and began to mobilize, giving rise to the M-19 (due to the date of April 19) in the years later.

“The ideology of the M-19 was defined with three concepts: nationalism, economic and political democracy, and social justice“, explains to BBC Mundo the engineer, university professor, politician and former guerrilla Antonio Navarro Wolffwho was second commander of the organization.

In addition to not being a Marxist, something that differentiated it from other guerrillas of the time, “el Eme” differed in its early years both in its methods of struggle and in its peculiar strategy to make itself known.

From symbolism to murder

Under these phrases, in white on a black background, a logo with two opposing triangles and an acronym then unknown: M-19.

In 1974 they successfully completed their first mission: to steal Simón Bolívar’s sword from the Quinta de Bolívar house-museum in Bogotá.

“Bolívar, your sword returns to the fight. With the people, with arms, to power”, they proclaimed.

This symbolic action served to publicize the guerrilla, who claimed the cause of the Liberator against a political power that he branded as anti-democratic, tyrannical and corrupt.

But the symbolism was giving way to another of its principles: the armed struggle. And “El Eme” was stained with blood for the first time in 1976, with the kidnapping and murder of José Raquel Mercadoa union leader who was accused of treason.

The young guerrilla and councilor

Gustavo Petro joined the guerrillas at the age of 18, in 1978, when he lived in Zipaquirá (north of Bogotá) and was in his second degree in Economics at the university.

“The idea of ​​joining the M-19 scared me. It was not just any matter. It was to enter into an armed issue”, he affirms in his autobiography “One life, many lives”.

“Everything happened very quickly. We went from cafeteria circles and abstract discussions to being seduced not only by the idea that it was time to organize through arms, but that the organization we should belong to was the M-19.”

On the reason for his integration into the guerrilla, he has mentioned on several occasions the social inequality in Colombia, to which were added the leftist ideas then popular among the youth of Latin America and the world, although not the most extreme.

“This was a completely different conception from that of the ELN, the FARC, the Communist Party or the various groups of the university left, which engaged in a dialogue with models such as the Soviet, Cuban or Chinese, while we thought of our own project. nationalist and democratic.

At the age of 21, he combined his clandestine militancy in the guerrilla with the official position of councilor of Zipaquira.

Petro, who in those years was a member of the organization’s bases, acknowledges that he received military training and wielded a riflealthough he assures that he never took an active part in armed actions, something that his critics doubt.

Instead, he claims to have participated in tasks of distributing ideological propaganda and in other peaceful initiatives such as the distribution of food in disadvantaged communities.

“There were people who were dedicated to political activity, doing proselytizing work. Those were the tasks carried out by Petro and other cadres,” Darío Villamizar, a former M-19 militant, political analyst and writer, told BBC Mundo.

The M-19 against everyone, including Pablo Escobar

At the end of the 1970s, the M-19 carried out several kidnappings and robberies (among them the North Canton of the army in Bogotá, from which they stole more than 5,000 weapons), although the 80s were the years of greatest criminal activity with attacks armed, attacks and murders.

In February 1980 the M-19 stormed the Embassy of the Dominican Republicwhere a cocktail was held with diplomats from various countries that were taken hostage.

After almost two months of negotiations, the event ended without bloodshed and with several of its protagonists taking refuge in Cuba, which in those years welcomed Latin American guerrillas and gave them military training.

In the midst of a spiral of violence in Colombian society, the M-19 also carried out an open confrontation with the Pablo Escobar’s Medellin poster.

Both the Medellín cartel and Colombian security forces inflicted heavy casualties on the group.

The capture of the Palace of Justice

The action that would mark the M-19 forever was the seizure of the Palace of Justice in November 1985, which resulted in over 100 dead and missingincluding 11 magistrates of the Supreme Court, after a bloody battle between the guerrillas and the army and the burning of the building.

The Truth Commission, created to clarify events of the internal armed conflict in Colombia, investigated the massacre and declared both the M-19 and the president responsible. Belisario Betancur and the Colombian National Army, whose action he considered disproportionate.

Until today there are unknowns about the event, since the takeover was agreed with the Medellin cartel to eliminate incriminating documents (version of former members of the cartel that the guerrilla denied) to the alleged collusion with the military who knew in advance the plan of the M-19 .

Petro, whom his detractors linked to the seizure of the Palace of Justice, he was in jail when the event occurred.

He was captured by the army in October 1985 and charged with possession of weapons. He claims that the military beat him several times and then he spent 18 months in jail, until February 1987.

“That gave me more encouragement that this country has to be changed, and from there I left at 27 years old. They no longer called me Gustavo, Francisco or Petro, they called me Aureliano”, he recounted in a recent interview.

His alias in the underground movement, Aureliano, was a tribute to Colonel Aureliano Buendia (character from the novel “One Hundred Years of Solitude”, by Gabriel García Márquez) whom he admired, he assured, for being “the colonel of a thousand lost battles”.

Petro participated in the second half of the 1980s in peace negotiations with the government, which did not produce results until the end of the decade.

In 1990, after a final 14-month dialogue process, the M-19 and the Colombian government signed a peace agreement, the first between a State and a guerrilla in Latin America.

The 10 points of the agreement included, among other things, the renunciation of arms by the M-19 and its incorporation into the political life of the country under the name Alianza Democrática M-19 (AD M-19). Gustavo Petro was one of its co-founders.

After a bloody campaign in which its leader, Carlos Pizarro, was assassinated, the AD M-19 achieved 12.48% of the votes with Antonio Navarro Wolff as head of the list in the presidential elections of May 1990 won by César Gaviria.

The party’s greatest achievement came months later: it won 19 seats, only six less than the ruling Liberal Party, in the elections in which the members of the National Constituent Assembly of 1991.

“The AD M-19 presented a complete Constitution project and I would say that 70% was finally included in the approved text,” says Navarro Wolff, one of the three presidents of the drafting group of the Magna Carta in force today.

Petro reached the House of Representatives in 1991 for the department of Cundinamarca.

The 1994 and 1998 elections left the AD 19-M without representation, which finally disbanded in 2003although several of its members have since held elected positions under the banners of other parties.

He presented himself as a candidate for the presidency twice without success. Until now.

Last week, on one of his last campaign trips, a resident of Caldas (between Bogotá and Medellín) asked Petro the possibility of reviving the M-19.

“I don’t know whether to revive it, because that’s like the Beatles. The spirit remains there, but restarting it also becomes problematic, because it is no longer the same. It’s another story, another life,” he replied.