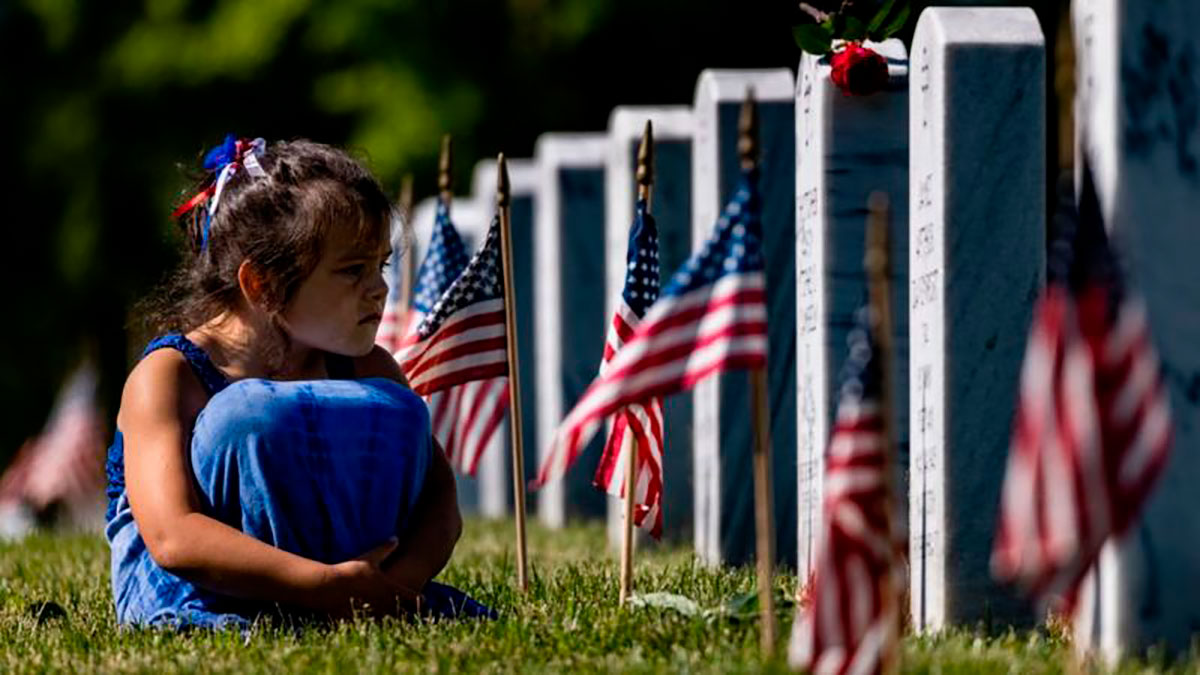 The mighty British Empire tried in the 19th century, when it was the world’s superpower, but in 1919 it had to leave Afghanistan and grant them independence.

Then the Soviet Union did, which in 1979 invaded the country with the intention of keeping communism in power (established in a coup in 1978); It took 10 years for them to realize that they would not win that war.

The British and Soviets have in common that when they invaded Afghanistan they had empires of the first order, which soon after began to crumble.

20 years after the invasion led by the United States in 2001, and a consequent war that has caused hundreds of thousands of fatalities, Joe Biden‘s government decided to withdraw troops from his country from Afghanistan in April this year.

It was a controversial decision that has been strongly criticized and that led to the rapid fall of Kabul, the Afghan capital, at the hands of the Taliban jihadist group.

Biden has defended the withdrawal of troops, arguing that the Americans should not die “in a war that the Afghans are not prepared to fight for themselves.”

“No amount of military force would ever achieve a stable, united and secure Afghanistan,” added the president, recalling that the country is known as a “Cemetery of empires”.

Afghanistan has been the graveyard of the most powerful armies in recent centuries, which have tried to control it – with apparent success at the beginning of their respective invasions – but then have had to flee the country.

“It’s not that the Afghans have much power, what happened in Afghanistan it was the fault of the invading empires themselves, of the imperial pathology and its limitations ”, says to BBC Mundo the foreign policy and defense analyst, David Isby, author of the book“ Afghanistan: Cemetery of empires ”(2010).

Isby admits that Afghanistan is “from an objective point of view” a difficult place: It is a complex nation, with very poor infrastructure, limited development and landlocked.

“But empires, be it the Soviet, the British or the American they have not shown flexibility in dealing with Afghanistan. They wanted and had to do things their own way and they never managed to understand the complexity of the country, “he adds.

It is often heard that Afghanistan is “impossible to conquer”, a misstatement: the Persians, Mongols and Alexander the Great did it in the past.

What is certain is that it is an adventure that has cost a lot to those who have tried. And the last three empires that tried to invade Kabul simply failed.

The British Empire and its three invasions

For much of the 19th century, Afghanistan was the center stage of the “Great Game” between the British and Russian empires to control Central Asia.

For decades, Moscow and London waged a diplomatic and political struggle that the British ended up winning, but a very high price. The United Kingdom tried to invade the country three times between 1839 and 1919, and it can be said that all three times they failed.

In the First Anglo-Afghan War – which began when the British captured Kabul in 1839 out of fear that Russia would do so before them – London suffered perhaps its greatest humiliation in history: the army of what was then the nation’s most powerful of the world was completely destroyed by tribes with very unsophisticated weapons.

After three years of invasion, the Afghans finally forced the invading forces to leave the capital, and the withdrawal resulted in tragedy.

Sonly one British citizen survived, within a group of more than 16,000 people who left a British military camp on January 6, 1842 with the intention of going to Jalalabad (east of Kabul).

“This war weakened the advance of British expansion into the subcontinent and also affected the narrative that the British were invincible,” explains Isby.

The Second Anglo-Afghan War, which took place between 1878 and 1880, ended with Afghanistan becoming a British protectorate, but London was forced to abandon its policy of keeping a resident minister in Kabul.

Instead he selected and supported a new Afghan emir and withdrew his troops from the country.

But in 1919 a third war broke out when a new Afghan emir declared his independence from British influence.

At that time, the Bolshevik Revolution had reduced the Russian threat and at the same time World War I had paralyzed British military spending, so interest in Afghanistan had waned.

Therefore, after four months of battles, London ended up recognizing the independence of the country.

Although officially the British were no longer in Afghanistan, it is considered that they maintained their influence for many more years.

The Vietnam of the Soviet Union

During the 1920s Emir Amanullah Khan tried to reform the country and, among other measures, abolished the traditional burqa for women. The series of reforms upset some tribes and religious leaders, thus sparking a civil war.

The tensions in the Asian country derived from the power struggles continued for decades until the Soviet Union invaded the country in 1979 to keep a deeply fragmented communist government in power.

Various mujahideen (religious extremist) groups opposed the Soviets and began to fight them, with money and weapons provided by the United States, Pakistan, China, Iran, and Saudi Arabia.

Moscow launched ground and air strikes with the intention of destroying villages and crops in areas they considered problematic and the local population was forced to flee their homes or die.

The Russian invasion was the bloodiest of all, it left about 1.5 million dead and about 5 million refugees.

At some point, Soviet forces managed to control major cities and larger towns, but the mujahideen moved relatively freely in many rural areas.

Soviet troops tried to crush the insurgency with various tactics, but the guerrillas generally managed to avoid their attacks.

The country was in ruins.

The then Soviet leader Mikhail Gorbachev realized that he could not continue the war while trying to transform the Russian economy and decided to withdraw his troops in 1988, but the image of the country was never recovered.

Afghanistan became the Vietnam of the Soviet Union. It was expensive and shameful war, in which despite using all its muscle, the USSR was defeated and humiliated by local guerrillas.

“The Soviets claimed legitimate power in Afghanistan, precisely at a time when there were serious and fundamental contradictions in the Soviet system, in its government and its army,” recalls analyst David Isby.

“That was one of the great mistakes of the Soviets“.

The Soviet Union fell shortly after.

The United States and its “disastrous” withdrawal

After the failed interventions of the United Kingdom and the Soviet Union, the United States led a new invasion of Afghanistan in 2001, promising to support democracy and eliminate the terrorist threat from Al Qaeda, after the attacks of September 11.

Like the two preceding invading powers, Washington succeeded in seizing Kabul quickly and forced the Taliban to surrender power.

Three years later, a new Afghan government assumed the presidency, but the bloody attacks by the Taliban continued.

Former President Barack Obama announced a troop increase in 2009 that helped push back the Taliban, but not for much longer.

In 2014, which ended up being the bloodiest year of the war since 2001, NATO forces completed their mission and delegated responsibility for security to the Afghan army.

This action allowed the Taliban to conquer more territories.

The following year, the group continued to gain strength and released a series of atempted suicidal. He claimed attacks on the parliament building in Kabul and another in the vicinity of the capital’s international airport.

According to Isby, many things went wrong in the American invasion.

“Despite military and diplomatic efforts, one of the main problems was that neither the United States nor the international community could make Pakistan abandon its war from can that has proven to be successful, “he says.

“It has turned out to be more successful than weapons.”

While the Soviet invasion was much bloodier, the American has been more expensive.

The Soviets spent about US $ 2 billion a year in Afghanistan, while between 2010 and 2012, the cost of the war to the US rose to almost US $ 100 billion a year, according to figures from the US government itself.

But the fall of Kabul has also been compared to the events in South Vietnam.

“This is Joe Biden’s SaigonRepublican Congresswoman Elise Stefanik tweeted. “A disastrous failure on the international scene that will never be forgotten.”

After the withdrawal of US troops and the consequent triumph of the Taliban, the world faces a new humanitarian crisis with thousands of refugees who will have to find a new home.

“In the medium term it will be necessary to see if a Taliban regime can be integrated into the international community, which raises great doubts in me, “says David Isby.

And if it becomes impossible for the international community to deal with the Taliban, it will be necessary to see if another power risks venturing into a new invasion of Afghanistan, the graveyard of empires.