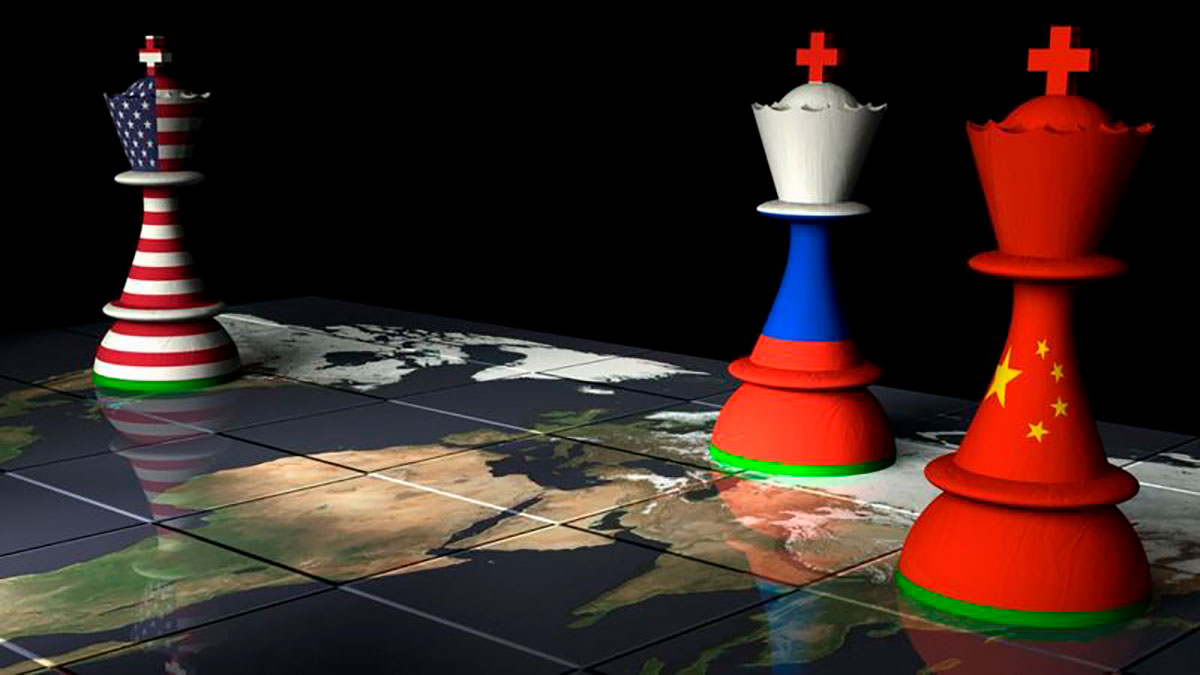 Afghanistan has long been the battlefield of foreign powers.

It was for much of the 19th century, in what is now known as “The Great Game” – the turbulent rivalry between the British and Russian Empires for control of Central Asia.

Two centuries later, Afghanistan is going through an even more sinister time.

From the moment the United States began to withdraw its troops, the Taliban accelerated their advance and this Sunday they achieved the collapse of the Afghan government after entering the capital, Kabul.

The Taliban follow an extreme line of sharia, or Islamic law, and when they were in command they banned television, music, movies, makeup and disavowed girls aged 10 and over from going to school.

They also imposed punishments consistent with their strict interpretation of Islamic law, such as the public execution of convicted murderers and adulterers and the amputation of thieves.

The Great Game ended more than 100 years ago, but a very different struggle for control of the country continues, and most Afghan affairs experts agree that four decades of conflict are a consequence. of a new set of regional and international interests.

In addition to Pakistan and India, whose competition to influence Afghanistan is believed to have spawned the Taliban, there is also an intense rivalry between the West and Russia, which in its last phase dates back to when the Soviets invaded the country in 1979.

Russia and the Taliban

Moscow insists its current interests in Afghanistan are limited to ensuring the security of the borders of its allies in Central Asia, but its ultimate intentions are less clear.

Despite the Kremlin declaring the Taliban “terrorists” in 2003, Russia has organized rounds of talks with that group and other opposition forces in recent years. not including members of the Afghan government.

The leaders of Afghanistan, now in exile, have only been invited to an international conference held in Moscow in March this year, in which representatives of the so-called “expanded troika” also participated: the United States, China, Russia and Pakistan.

“Russia has been helping the Taliban, not only with its diplomacy, but also with money and possibly intelligence“Seth Jones, academic, political scientist and director of the Center for Strategic and International Studies (CSIS), based in Washington, tells BBC Mundo.

Jones, who is known for his many works on counterinsurgency and counterterrorism, further notes that for almost a decade Russia has made efforts to expand its influence in its so-called “backyard.”

“One of his interests is simply counteract the might of the United States in regions that it considers to be within its spheres of influence: South Asia, the Middle East and Eastern Europe, ”adds Jones.

But Russia – which has a long history of jihadist attacks in the Caucasus – is also concerned that terrorism will advance in the region.

“Moscow is mainly alarmed by the Islamic State, a sworn enemy of Russia and the Taliban“, Highlights the expert on Afghanistan.

For the Afghan journalist Mohammad Bashir of the BBC world service, there is no doubt that Afghanistan is a key country for Russia.

“Afghanistan is at the heart of the geopolitical game. Its location does it at the same time interesting and dangersor, because it has a border with allies of Russia; Tajikistan, Uzbekistan, Turkmenistan ”.

“Russia does not want the Islamic State to approach northern Afghanistan, threatening its allies and putting its own interests at risk.”

Aside from economic interests in Afghanistan – China still hopes to mine copper in the Mes Aynak region of Afghanistan – Beijing is also concerned that Islamist groups operating in the western Xinjiang region of the country will gain traction.

“The Chinese are interested in counterterrorism in Afghanistan, due to the activities of Uighur extremist groups in Xinjiang and the Islamic Party of Turkestan (an Islamist organization founded by Uighur jihadists), ”explains Seth Jones.

China, which shares a tiny border with Afghanistan, worries that if the Taliban take control of the entire country, Islamist groups will grow stronger and could cross the border, creating even more problems in Xinjiang province.

In recent years, Xinjiang has made headlines for Genocide charges against the Uighur people, which Beijing has called absurd.

But in addition to security concerns, China has long shown its interest in balancing the United States in the region.

“The US exit from Afghanistan, its drones and its intelligence apparatus, it’s good news for the chinesebecause it means one less thing to worry about, ”adds Jones.

The US under the threat of a “sanctuary for extremist groups”

For Seth Jones, the US decision to withdraw from Afghanistan was “a big mistake”, words that many other experts on Afghanistan have repeated.

“We have seen how a small number of American troops was sufficient to deter the Taliban from taking cities. As soon as they began to withdraw, the Taliban have advanced rapidly. “

US interests in Afghanistan are varied.

On the one hand, Washington knows that it would be very dangerous to let the Taliban control the entire country, as this would mean that the West would have to deal with a State of almost 40 million inhabitants that could serve as a sanctuary for extremist groups.

Jones points out that the Taliban continues to maintain “strategic operations and tactical plans” with al-Qaeda.

The United States also seeks to limit Russian, Chinese and Iranian intrusion into the country.

It also wants to prevent a humanitarian catastrophe in the region, a scenario that seems to be getting closer and closer.

After the Taliban entered the capital, images of chaos and despair of thousands of people trying to flee became a constant at Kabul International Airport.

Iran and its “clandestine” presence

Iran’s porous border with Afghanistan, through which they flow migrants, drugs Y armed groups, has defined its relations with the Taliban.

Afghan and US officials have repeatedly accused Iran, specifically the Revolutionary Guard, of providing financial and military support to the Taliban.

According to US political scientist Seth Jones, Iran’s Quds Force is expanding its clandestine presence in Afghanistan and from there would seek to support militias and political groups in the region in order to promote Iranian interests.

The Quds Force is a powerful elite paramilitary arm of the Islamic Revolutionary Guard Corps of Iran, considered by the United States as a terrorist group.

Iran’s security cooperation with the Taliban is also based on shared hostility towards Western powers such as the United States and the United Kingdom.

The scope of the Taliban’s ties to Iran It became apparent when Taliban leader Mullah Akhtar Mansour was killed in a US drone strike in May 2016 while returning from Iran to Pakistan.

And in late 2018, Iran publicly acknowledged for the first time hosting Taliban delegations.

He said he had done so with the knowledge of the Afghan government and admitted that the talks addressed “the resolution of security problems in Afghanistan.”

With the withdrawal of US troops from Afghanistan, Pakistan is in a delicate situation as the two countries share a 2,430 km border, known as the Durand Line, and have a complicated history full of mistrust.

Without a visible political solution, it is highly likely that Pakistan will be directly affected by the events in Afghanistan, which could include a bloody and devastating civil war, which would result in a massive influx of refugees and an increase in cross-border attacks.

But beyond that, the main fear in Pakistan is that a civil war in Afghanistan would pose “a great challenge” if peace is to be restored throughout the region, as the Urdu nationalist daily Nawa-i-Waqt highlighted in July.

But many criticize that the Pakistani government sometimes maintains an ambiguous discourse towards the Taliban.

Pakistani Foreign Minister Shah Mahmood Qureshi noted in April this year that “the Taliban should not be blamed for all the evils in Afghanistan ”, since there were saboteurs inside and outside who did not want peace in Afghanistan or in the region.

On the other hand, Pakistan has repeatedly denied allegations that it helped shape the Taliban, but there is little doubt that many Afghans who initially joined the movement were educated in madrasas (religious schools) in Pakistan.

Pakistan was also one of only three countries, along with Saudi Arabia and the United Arab Emirates (UAE), to they recognized the taliban when they took power.

And it was the last nation to break diplomatic relations with the group.

As five nations move their chips in a country that has been immersed in a cruel war for decades, the Taliban is drawing ever closer to power and the Afghan population continues to suffer all the consequences.

Just last month, more than 1,000 civilians were killed in Afghanistan, according to UN figures.

Despite this, according to Seth Jones, the jihadist group will cost control the country: their ideology is “too extreme” for many Afghans, particularly those who live in major cities.