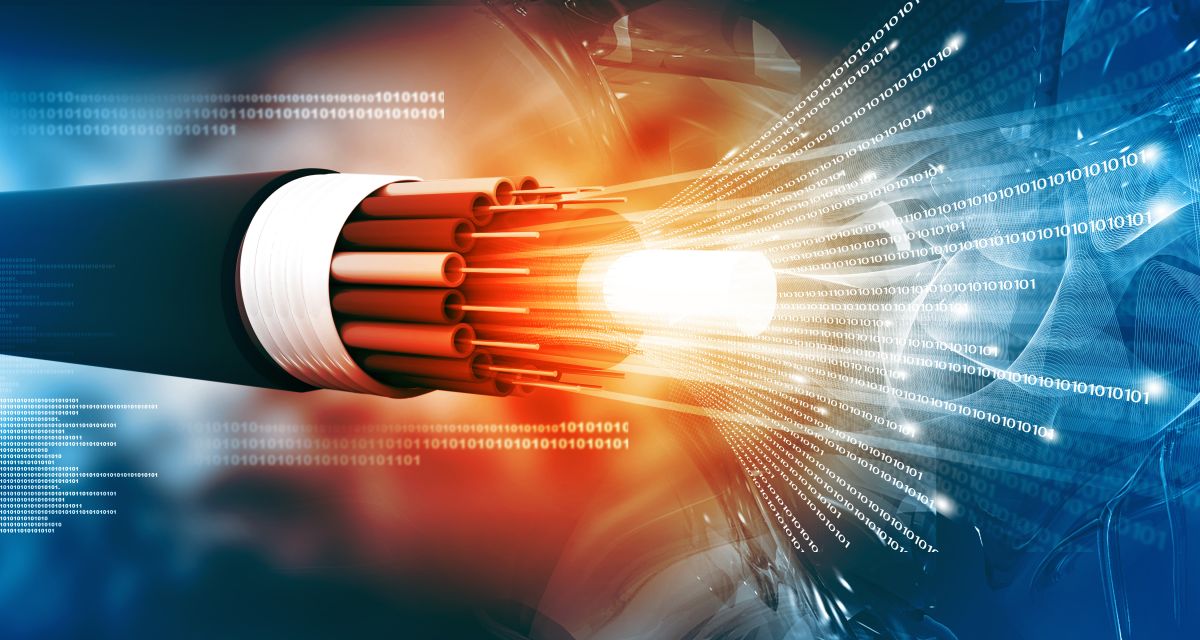 That we have internet at home or at work is the result of a titanic task that began more than a century ago.

More than 1 billion meters of submarine cable have been installed since the 19th century to move data over great distances.

And the current situation in Tonga, the island nation that has been cut off from communication after the explosion of an underwater volcano, makes it clear how vital this technology is.

From the telegraph to the internet

The first cables between continents began to be laid as early as the end of the 19th century for the telegraph network.

The first of these great veins of communication between continents was built to connect the United Kingdom with the United States.

Initially the first wires were copper to operate the telegraph service, but in the age of the internet, in the 1980s, wires began to be installed optical fiber.

The laying of the tubes is done with specialized boats that slowly unfurl huge coils of cables that are dropped to the bottom of the ocean.

These cables contain several repeaters, which increase the signal along the cable approximately every 100 km.

These submarine highways are capable of transmitting around 3,840 gigabits per second in each fiber optic thread, the equivalent of the content of 102 DVDs every second.

And each cable in turn contains several pairs of fiber strands to increase its transmission capacity.

A map of the world’s submarine cables

TeleGeography, an American telecommunications consultancy, created the portal Submarine Cable Map, an interactive map of all the submarine cables deployed in the world with data on the proprietary companies such as Google, Facebook, Amazon, Verizon or AT&T.

There are more than 400 submarine cables that run one,3 million km worldwide.

On the map you can see that a key highway is in the Atlantic Ocean, connecting Europe and North America.

The Great Pacific Highway, on the other hand, links the United States with Japan, China, and other Asian countries.

In the case of Mexico, for example, most of the cables start from the east of the country and cross the Gulf of Mexico to Florida and from there connect with Central and South America.

The optical fiber in submarine cables is protected by several layers with materials such as steel, aluminum and polyethylene. Still, there have been cases of accidental damage from boat anchors, large-scale fishing activities and even bites of sharks.

They are also vulnerable to natural disasters, especially earthquakes. In 2006, a magnitude 7.0 earthquake struck off the southwestern coast of Taiwan.

The earthquake and its aftershocks caused eight submarine cables to be cut, which severely affected internet services in several Asian countries and financial transactions, especially in the foreign exchange market.

Undersea cables are the lifeline that keeps the modern connected world running.

They can transmit much more information at a much lower cost than satellites, and they are behind almost everything we do on the internet and with our phones (from calls to text messages to software downloads).

These cables are not only essential for communications. They can also purchase a strategic political importance.

The surveillance will include autonomous and remotely operated underwater drones to look for foreign interference. Wallace told the BBC that Russia has a “deep interest” in the cables and the UK may be “exposed” without proper protection.

The importance of submarine cables for communications was made clear after the massive explosion of a submarine volcano in the Pacific on January 15.

The main island of Tonga was covered in ash and there are reports that its western coast was devastated. Up to 80,000 people there could be affected.

The eruption was so loud that it could be heard in New Zealand, some 1,450 miles from Tonga.

“We are receiving incomplete information, but It seems that the submarine cable has been cut. Dean Veverka, network director of the Southern Cross Cable Network company, told the AFP news agency.

Repairing damaged submarine cables is an expensive task and can take weeks.

Special ships are required to lift the cable from the ocean floor and carry out repairs on the surface, removing the damaged section and re-splicing the rest.

“It could take up to two weeks to repair the cable. The nearest cable-laying ship is in Port Moresby,” Veverska said, referring to the capital of Papua New Guinea, more than 4,000 km from Tonga.

Southern Cross is providing technical assistance to the company Tonga Cable Limited, owner of the 872 km cable that connects Tonga with Fiji, and from there connects to the rest of the world, according to the AFP agency.

* VIDEO: Tsunami from Tonga reached the coast of Peru and caused the death of two women
* What is Web3 and how it could completely change the Internet
* Google submarine cable that will connect Spain with the United Kingdom and the United States. It will start operating in 2022