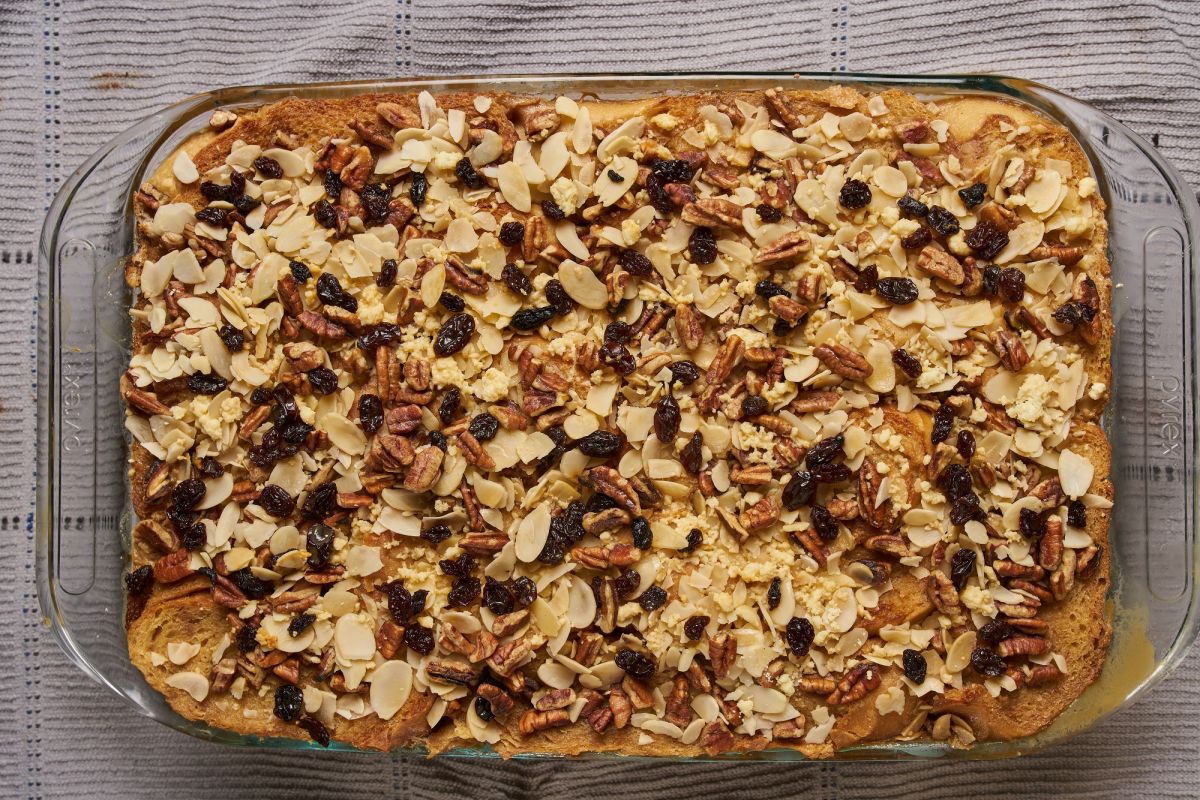 The capirotada is a traditional dessert in Mexico which is usually consumed during the Lenten season, although it can also be found at any time of the year. Its origins are very old, associated with a dish that was served in Spain during the Middle Ages.

The dessert is prepared with slices of bread, piloncillo or milk, almonds, raisins and Cotija cheese, the preparation usually varies according to the region where it is prepared.

According to Culinaria Mexicana, it is not known exactly since when the capirotada has been prepared or who the creators were, although it is believed that the Spaniards were the ones who began with the preparation. The capirotada would arrive in Mexico at the beginning of the 16th century with the colonization.

It is believed that Hernán Cortés poisoned settler Francisco Garay with capirotada when he wanted to settle in Veracruzaccording to the Agrifood and Fisheries Information Service.

The first capirotadas would not be sweet

The first versions of the capirotada were neither sweet nor appropriate for Lent, since in the Middle Ages, sugar was scarce and the preparation included meat. “In El Llibre de Coch, one of the first recipe books of Spanish cuisine, the capirotada recipe includes lamb broth, toasted bread and cooked partridge breasts”, shares Epicurious.

With the passage of time, the capirotada changed its preparation and went from being a savory dish to being a sweet dish. In Mexico, the capirotada without meat became popular in 1780. The closest version to the current one was created by Fray Gerónimo de San Pelayo.

1. To make the piloncillo syrup, heat the water with the piloncillo and cinnamon, boil for 25 minutes over low heat. Stir to help break up the panela.

2. Fry the slices of bread on both sides, remove excess oil with paper.

3. Heat the water with the piloncillo and the cinnamon in a pot; simmer over low heat for 25 minutes, stirring occasionally to make sure the piloncillo dissolves.

4. Preheat oven to 180°C or 350°F. In a baking pan approximately 20 centimeters per side, place a first layer of slices and soak them with the piloncillo syrup and cover with peanuts and raisins. Repeat the procedure with one or two more layers.

5. On the surface of the last layer, sprinkle the cheese, cover with aluminum foil and bake for 1 hour. Halfway through baking, add more syrup so the bread is soaked.

6. Serve hot or cold, depending on taste.

If you don’t want to fry the bread, you can alternatively bake the slices varnished with a mixture made from half melted butter and half vegetable oil. Bake the slices for 8 minutes and then flip them over and let them bake for 5 minutes.

It may interest you:
–6 recipes with eggs for very Mexican breakfasts
–Why Mexican food is considered “wise little dishes”
–10 Pre-Hispanic Mexican Foods and Drinks That Are Still Favorites
–What did the Aztecs eat when Cortés arrived in Mexico?