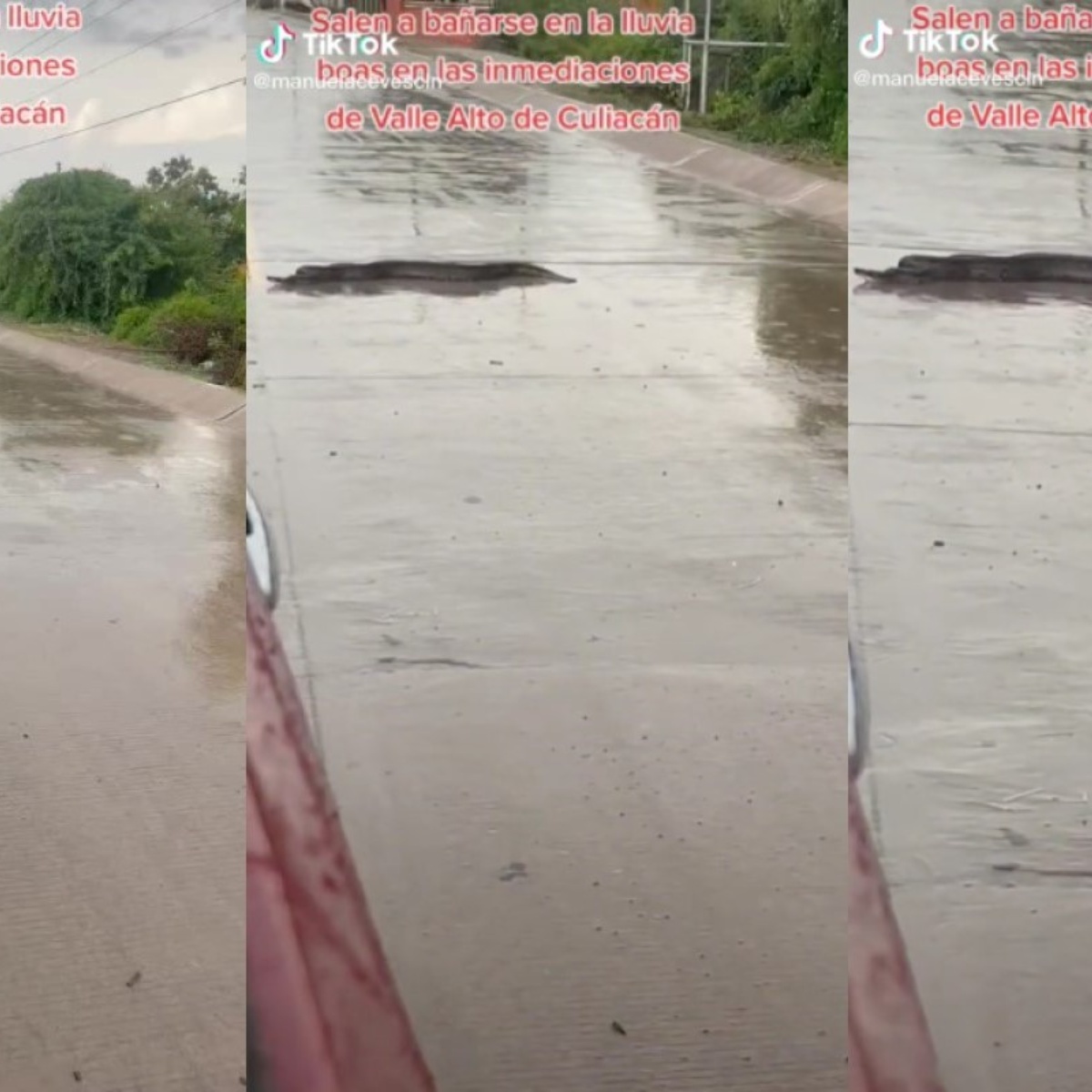 The heavy rains have caused wild animals to start coming out of their burrows, that’s why huge boas come out in Culiacán and can be seen even on highways.

A TikTok user identified as @manuelacevescln posted a video on his account in which he wrote:

“Boas go out to bathe in the rain in the vicinity of Valle de Alto Culiacán”, @manuelacevescln.

Huge boas come out in Culiacán

AmericanPost.News He has noticed that photographs of other specimens began to circulate on social networks, while the Animal Protection Unit confirmed that they had received a report, but they pointed out that when they arrived at the point the boa had already gone to the bush.

Jesus Mendoza Ontiveros director of Civil Protection in Culiacán, said that boas are solitary and nocturnal animalswhich can reach up to 3 meters and it is possible that for this reason there are those who consider it dangerous for human beings, however, according to the director of Civil Protection, it rarely attacks people and would never try to swallow a prey of such size .

It may interest you: Giant Boa causes terror in Hidalgo; here the video of the 5 meter reptile

They ask not to attack the boas

Because the huge boas come out in Culiacán, the authorities have asked the population not to attack them since these animals, despite their large size, are not poisonous, so the sighting of the specimen must be reported.