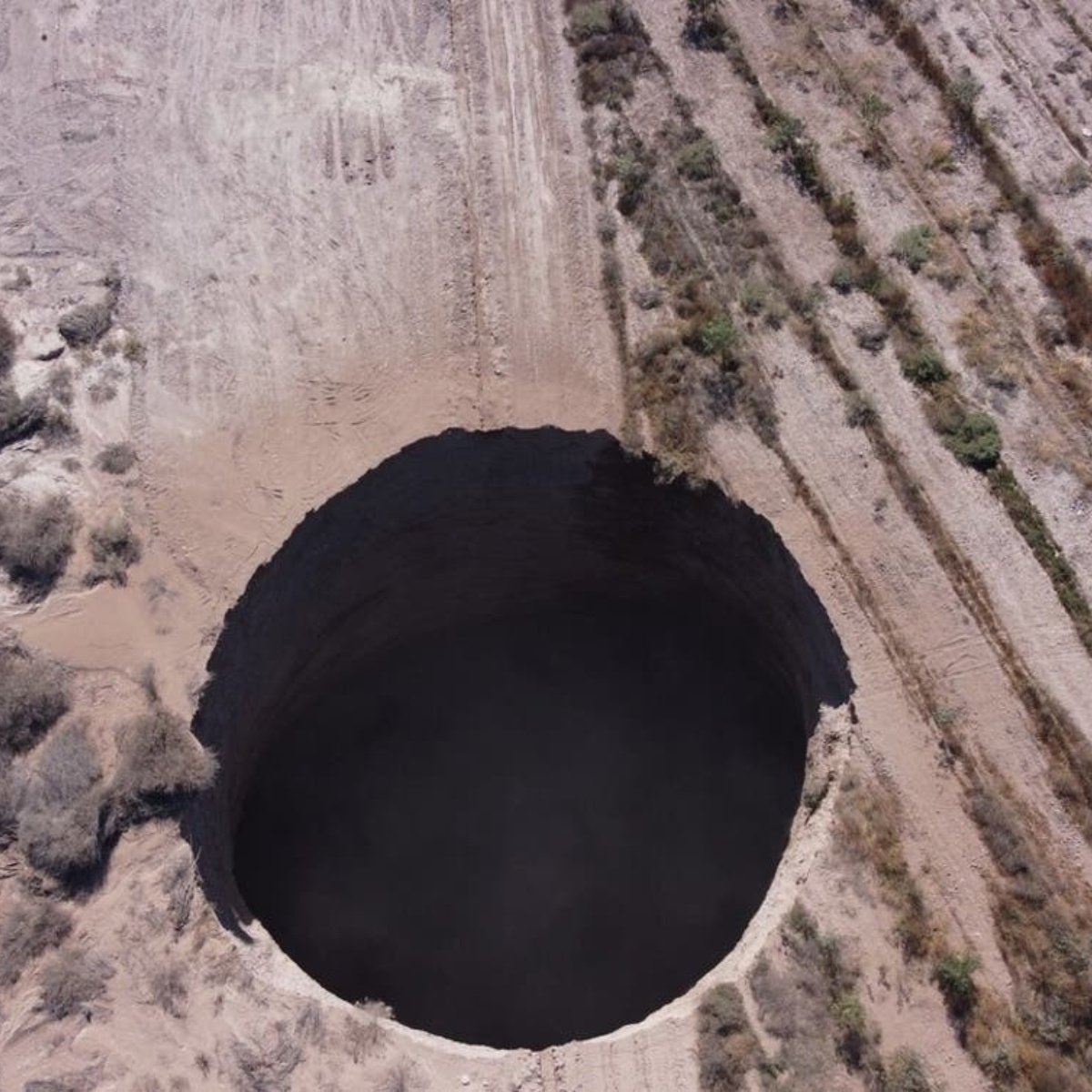 On Sunday, July 31, the appearance of a massive sinkhole in Chile, specifically in the town of Tierra Amarilla, in the Atacama region. Local media detailed that the phenomenon appeared in the middle of a rural road and is very close to the Alcaparros mine.

“Yesterday we received a citizen complaint regarding a sinkhole that would have occurred in our community near Mina Alcaparros.”

“We are concerned, since it is a fear that we have always had as a community, the fact of being surrounded by mining deposits and underground works.”

Almost at the same time, a hole was opened in the ground in Sonora that left a couple trapped, although the emergency services acted quickly, and there were no victims to regret.

Origin of the massive sinkhole in Chile

The authorities do not know the origin of the hole in the ground. However, they indicate that a robust hypothesis suggests that it could be due to wear due to the mining extraction that exists in said country.

Due to the situation, this Monday, August 1, Sergeomin announced that the phenomenon has a diameter of approximately 25 meters and said that the distance from the massive crater on the surface to level 270 is around 200 meters.

It is the largest sinkhole recorded in the Atacama in Chile, which has put the country’s authorities on alert; They will study the danger of expansion that the phenomenon has and what it would represent for the closest population.

How dangerous is the sinkhole?

It is a tremendous geological hazard that has the potential to cause damage, such as earthquakes, floods, or volcanic eruptions, as they appear unexpectedly and practically anywhere.

For this occasion, the sinkhole in Chile caused fear and astonishment, given that it is gigantic and imposing.