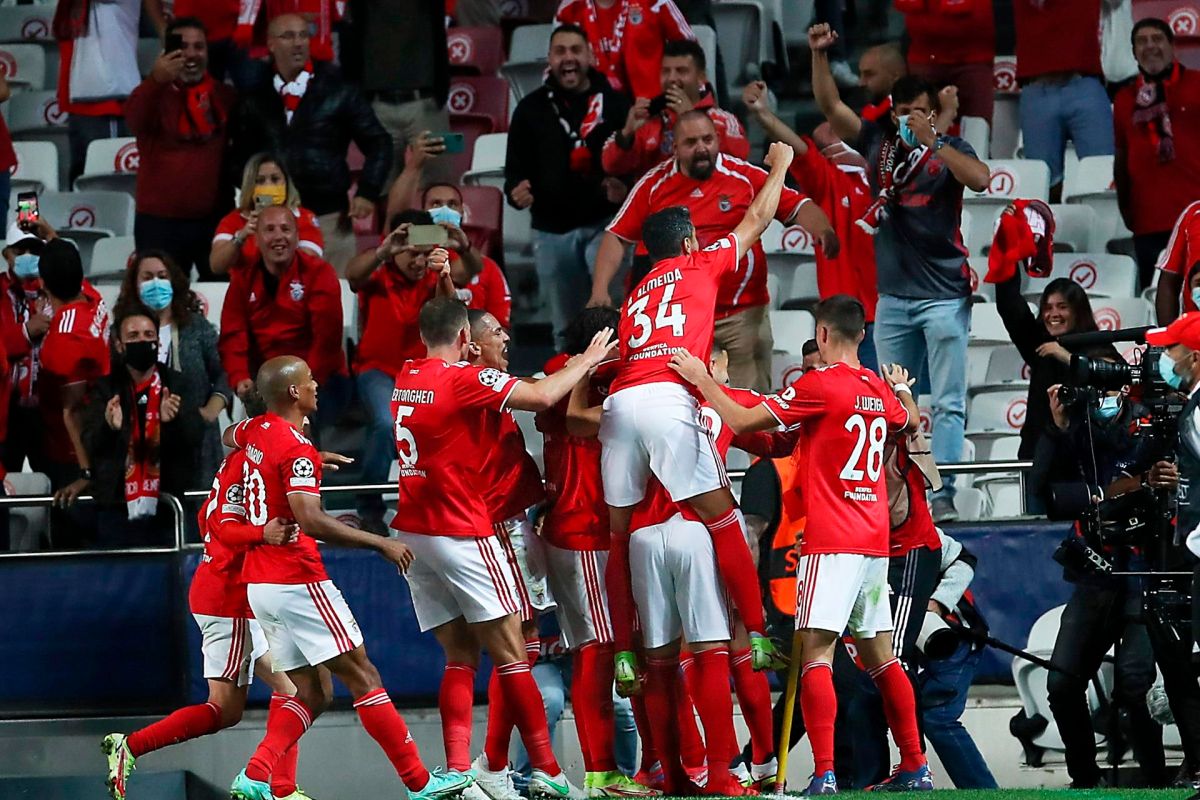 The Benfica beat this Wednesday at Barcelona by 3-0 in a match in which he was far superior and in which the Uruguayan forward Darwin Nunez did a double and embittered the night of ‘Champions’ to a sunken Barça and with its coach Ronald Koeman on the tightrope.

Benfica drowned Barcelona in all its lines and Jorge Jesús raised a match to perfection with a 3-4-3 That was very effective, especially against it.

The Portuguese team came out plugged, with high pressure and direct play and the results were immediate. Before minute three, played by the left wing, picks up the ball heeled Darwin Nunez, gets into the area, breaks Eric García with several bicycles and surprises Ter Stegen with a shot close to the near post that went to the bottom of the net.

The second was almost in minute 5 by the Ukrainian Yaremchuk, with an easy shot to the edge of the area that he decided to place and that finished soft in the hands of the Barcelona keeper. Benfica tried to stifle Barça’s ball out.

At minute 8, Koeman’s first reaction: Eric García on the right and Araújo on the left to try to stop the Uruguayan Darwin Núñez.

The first pearl of Barcelona came from the hand of Pedri with a scribble pass that left only Frenkie de Jong, who decided to pass, with the goalkeeper already knocked down, Luuk de Jong, who, incomprehensibly, missed an empty goal.

Moments later, a new opportunity for Barça. Sergi Roberto’s center on the right for Frenkie de Jong that failed the auction before the exit of Vlachodimos.

In the meantime, Darwin kept doing his thing and in the center of the field, after an excellent technical gesture he forced the yellow to Pique, who was late to court.

Fast-paced first quarter of an hour with a Benfica who played to control the game and look for verticality and speed of Yaremchuk, Rafa and Darwin. Barcelona wanted to, but only breathed when the ball reached Pedri or Busquet.

Pedri was encouraged even from outside the area and in the 17th minute he was able to surprise with a powerful shot that narrowly missed the door. Something did not like Koeman, that in the 22nd minute he ordered the youth squad to warm up Gavi.

After a corner from Benifica in 26, the Barcelona shook local dominance in a counter that enabled an excellent long pass from Frenkie de Jong to Depay, who left him alone before the goalkeeper, who managed to clear the Dutchman’s shot for a corner.

The surprise came in minute 32 when Koeman decided to remove Piqué so that Gavi, a 17-year-old young man, could enter that in ‘Champions’ he only had the experience of half an hour against Báyern on the first day. Broom man in defense, Frenkie de Jong.

For their part, Benfica, on the brink of halftime, suffered their first setback after the injury of their right winger, the Austrian Valentino Lazaro, who was replaced by Gilberto, a Brazilian full-back who passed through the ranks of Fiorentina.

After the break, the spotlights pointed to Ansu Fati, who began to warm up with Coutinho, and the game continued the same, with Darwin heeled on the left doing a lot of damage to the Catalan rear.

In ’51 another great move came from Uruguayan Darwin Núñez, who in speed he won a ball in the center of the field, beat Ter Stegen who went wrong and the shot went to the base of the post. Barcelona was saved after a new blunder.

In 65, the former Barcelona player Alejandro Grimaldo took a clear shot from Sergi Roberto on the line, who finished off an excellent cross from Depay’s right in the small area.

The situation was very worrying for Barcelona and the Dutchman opted for a triple change so that Ansu Fati, Coutinho and Nico entered the 67th. Pedri, Piqué and Luuk de Jong came out.

But as soon as the three of them enter, in 69, a new blow for Barça after 2-0 scored by the good Rafa Silva.

The play started on the right with Darwin Núñez and ended up on the left side with an excellent wall on the edge of the area between Joao Mário and Rafa. In the rebound, the ball reached Rafa and he scored at will.

The stands chanted the name of the Portuguese international, while recognizing the great game of Yaremchuk and Darwin, keys to fix the centrals and start the offensive.

In 76, the controversial play of the party, center of André Almeida on the left, Gilberto’s header and the VAR made it clear that it was a penalty because Dest cleared it with his hand.

Darwin threw it, He cheated on Ter Stegen and made it 3-0 to the scoreboard. Koeman did not give credit on the bench and the president of Benfica, the ex-soccer ball Rui Costa, celebrated it with euphoria in the box.

With the game sentenced and a Benfica that was liked, new setback for Barcelona with the expulsion of Eric García, who received the second yellow in 77.

With 3-0 the end of the game was reached with devastating statistics, Barcelona did not shoot between the three sticks and after two games neither scored nor added any points.

ItIngrown s are placed seconds with 4 points, three more than Dynamo, which today fell to Báyern.

The Ballon d’Or gala already has a definite date

Real Madrid had a salary limit to sign Mbappé, according to LaLiga