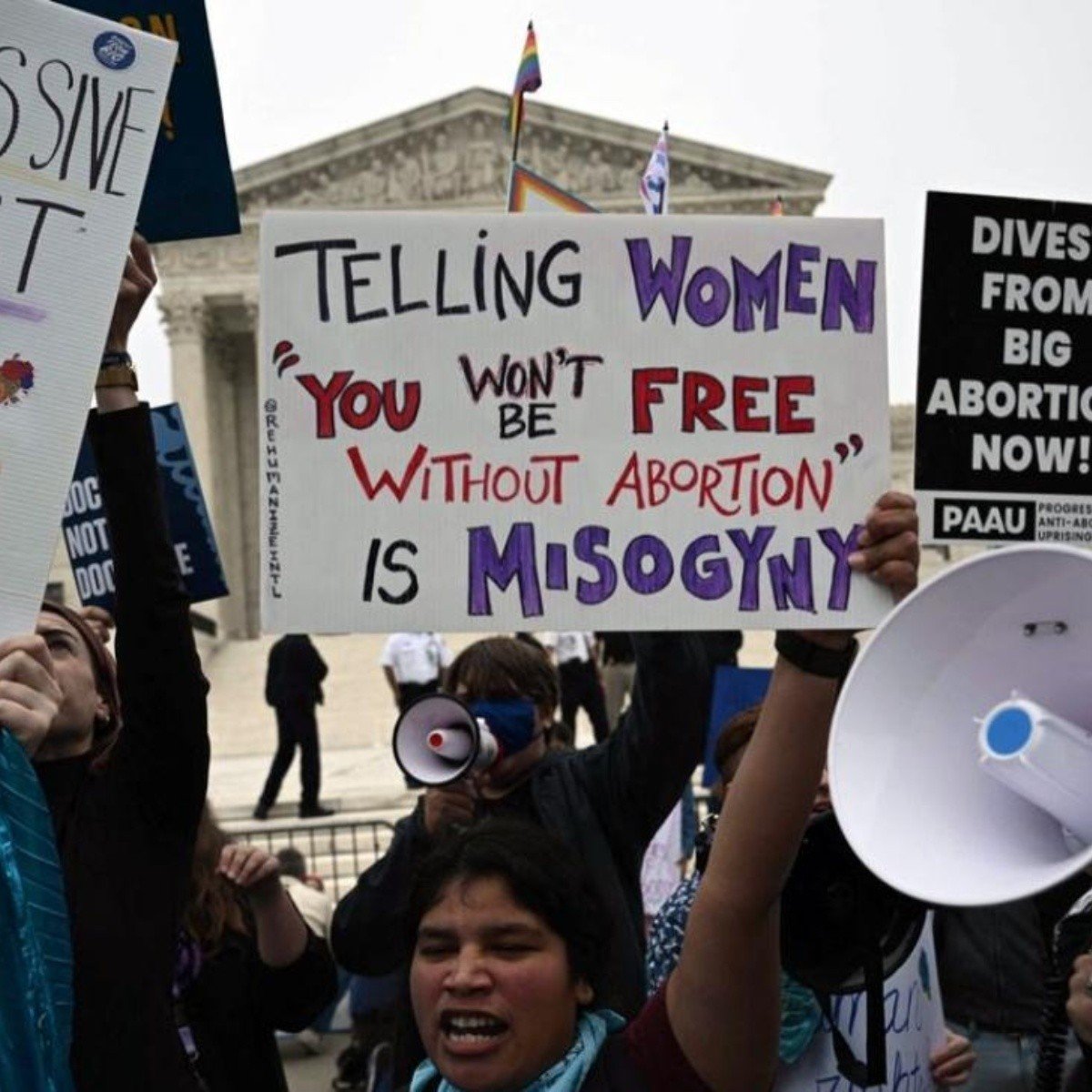 United States.- Hundreds of people, mostly women, demonstrated this Saturday in Washington to demand that the Supreme Court of the United States maintain constitutional protection for abortion, fearing that the magistrates will annul it soon.

The protest, one of many called this Saturday throughout the country, started at the foot of the iconic Washington obelisk and headed towards the headquarters of the highest judicial instance, in the eye of the hurricane for two weeks.

“I have no respect for the members of the Supreme Court, they are like the Taliban,” Gloria Black, a resident of the area who attended the protest, told Efe because she believes that judges should not “dictate on morality.”

With a banner stating: “No self-respecting woman votes for Republicans,” Gloria demanded that politicians “allow abortion and not force women to continue with unwanted pregnancies.” “Everyone knows someone who has had an abortion. It is a fact that occurs and we have to accept it, ”she sentenced.

Other women championed messages such as “Get your hands off my body”, “Motherhood is a choice, not a State decision”, “Abortion is a human right”, “My body, my choice” or “Keep abortion legal ”.

The controversy erupted two weeks ago when a draft of the Supreme Court was leaked in which the conservative majority advocates repealing “Roe versus Wade”, the jurisprudence that protects abortion throughout the country since 1973.

“It would be devastating and terrible if the text is approved,” Gabriela Benazar, a spokeswoman for Planned Parenthood, one of the organizations that called the march, told Efe.

According to the calculations of this organization, 26 states in the country governed by Republicans are waiting for this ruling to restrict or totally ban abortion in their territory.

That would “very disproportionately” affect women from black, Latino, migrant or low-income communities who would not be able to travel to other states to have an abortion, Benazar said.

In addition, he warned that the Supreme Court’s draft “represents not only a threat to the right to abortion in the United States, but possibly to other rights,” such as those of the LGBT community.

The president of the United States, Joe Biden, has called for citizens to vote in the mid-term elections in November for candidates who are in favor of abortion.

While the Democrats presented a bill in the Senate on Wednesday to protect abortion at the federal level, which failed due to the Republicans blocking its debate.