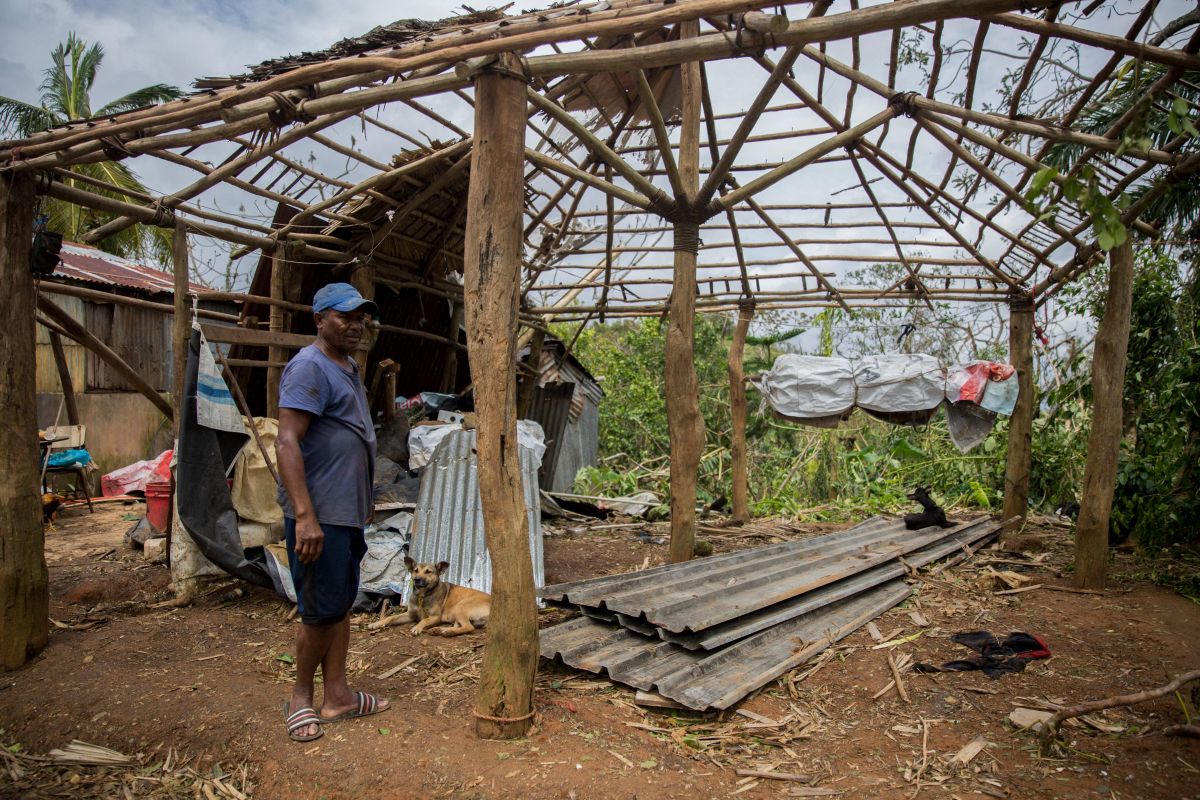 MIAMI – The Major Hurricane Fionawith winds of 130 miles per hour (215 km/h), approached the Bermuda Islands this Thursdaywhich you will pass just to the west tonight on your way to your next destination: Canada’s east coast.

At 1200 GMT, the powerful hurricane, which has left a trail of destruction and death in Puerto Rico, the Dominican Republic, the Turks and Caicos and the Bahamas, was located 455 miles (735 km) west of the British sovereign islands.

Halifax, in Nova Scotia (Canada), is separated by about 1,210 miles (1,950 km), according to forecasts by the US National Hurricane Center (NHC).

Fiona is moving north-northeast about 13 mph (20 km/h) and it is expected to turn north-northeast or northeast today with an increase in translation speed, to later start a slightly slower movement to the north.

According to forecasts by the Miami-based NHC, the center of Fiona will pass just west of Bermuda tonight, approach Nova Scotia on Friday and move into the Gulf of St. Lawrence, Canada on Saturday.

Maximum sustained winds are near 130 mph (215 km/h) with stronger gusts, making Fiona a Category 4 hurricane on the Saffir-Simpson scale and the most powerful of the three formed so far in 2022. the Atlantic basin.

Although it is expected to experience some weakening beginning Friday, the NHC forecasts that Fiona will still have strong winds Friday night and Saturday after it has become a post-tropical system.

Hurricane force winds extend up to 70 miles (110km) from downtown and weaker tropical storm force winds up to 205 miles (335 km).

In Bermuda, hurricane conditions will begin to be felt tonight and will continue through Friday morning.

Fiona is going to dump heavy rain on BermudaNova Scotia, Prince Edward Island, and eastern Newfoundland, with risk of flooding in wilderness areas.

in Bermuda, the approach of the hurricane will cause a storm surge with large waves and destructive, while a large area of ​​the eastern Caribbean will experience dangerous rip currents and rip currents.

Meanwhile, the forecast for Tropical Storm Gastón, formed this week in the mid-Atlantic, is less worrying, although it is An advisory is in force for the western and central Azores Islands (Portugal)which will suffer winds and swells in their path.

Maximum sustained winds are near 65 mph (100 km/h) with higher gusts, and based on the forecast track, the center of Gastón will move near or over portions of the Azores on Friday.

Also in the southeastern Caribbean Sea, showers and thunderstorms continue in association with a tropical wave and there is a 70% chance of a named storm forming in 48 hours and a 90% chance if the time frame is five days.

The system is forecast to move west-northwestward across the eastern Caribbean Sea over the next day or two, and be over the central Caribbean Sea this weekend.

Regardless of development, heavy rains and gusty winds are likely to affect the Windward Islands and spread to northern Venezuela, northeastern Colombia, and Aruba, Bonaire, and Curacao.

Authorities in the Dominican confirm second death from Hurricane Fiona; young man dies after power line pole falls on him