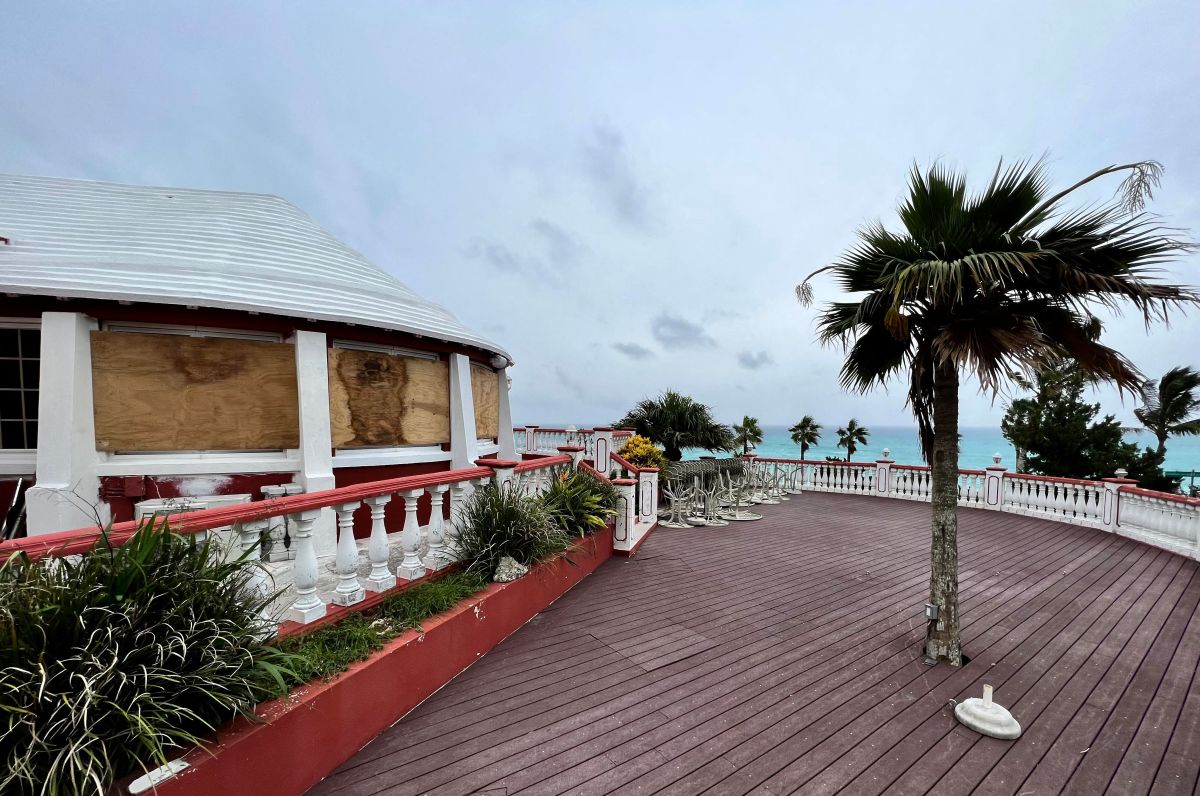 SAINT JOHN – The devastating hurricane Fiona, which hit Bermuda in the last few hours, left this Friday without electricity to 27,000 subscribers of the archipelago, three quarters of the total, and at least two people hospitalized.

Fiona approached Bermuda in category 4with sustained winds of 130 miles per hour (215 km/h), but when it made landfall in the west of the archipelago, it reduced its category to 3.

The Bermuda Electric Light Co, the only electricity provider in the archipelago, explained in a statement that a power line fell on one of the main roads in the town of Saint Georgethe second largest city in Bermuda.

Nevertheless, the Bermuda government’s first assessment is that the archipelago weathered the hurricane in relatively good shapeand, therefore, lifted the hurricane alert, although the tropical storm warning remains.

The Executive advised the population on social networks to stay away from the coast as a precaution due to the swells, which are expected to subside in the coming days.

Bermudian National Security Minister Michael Weeks said it appeared that the island had emerged relatively unscathed from the stormbut that the full extent of the damage would not be determined until emergency crews could go out to examine the damage.

“I ask the public to stay off the roads as long as possible so our emergency crews can get out on the roads,” he said, adding that the worst was over but the island was still suffering from the tropical storm’s winds.

For his part, Lyndon Raynor, of the Organization for Emergency Measures, stated that there had been four medical calls during the stormand that two people had to be transferred to the hospital, but at the moment their prognosis is unknown.

The Bermuda government announced on Thursday that its public offices and schools were closing at 5:00 p.m. (9:00 p.m. GMT), to allow officials and students time to prepare for the arrival of the hurricane, and that classes will resume on Monday.

Bermuda, a British Overseas Territory made up of 138 islands and isletshas a vast history with hurricanes, one of the deadliest being Fabián and Gonzalo in 2003 and 2014, which left millions in losses.