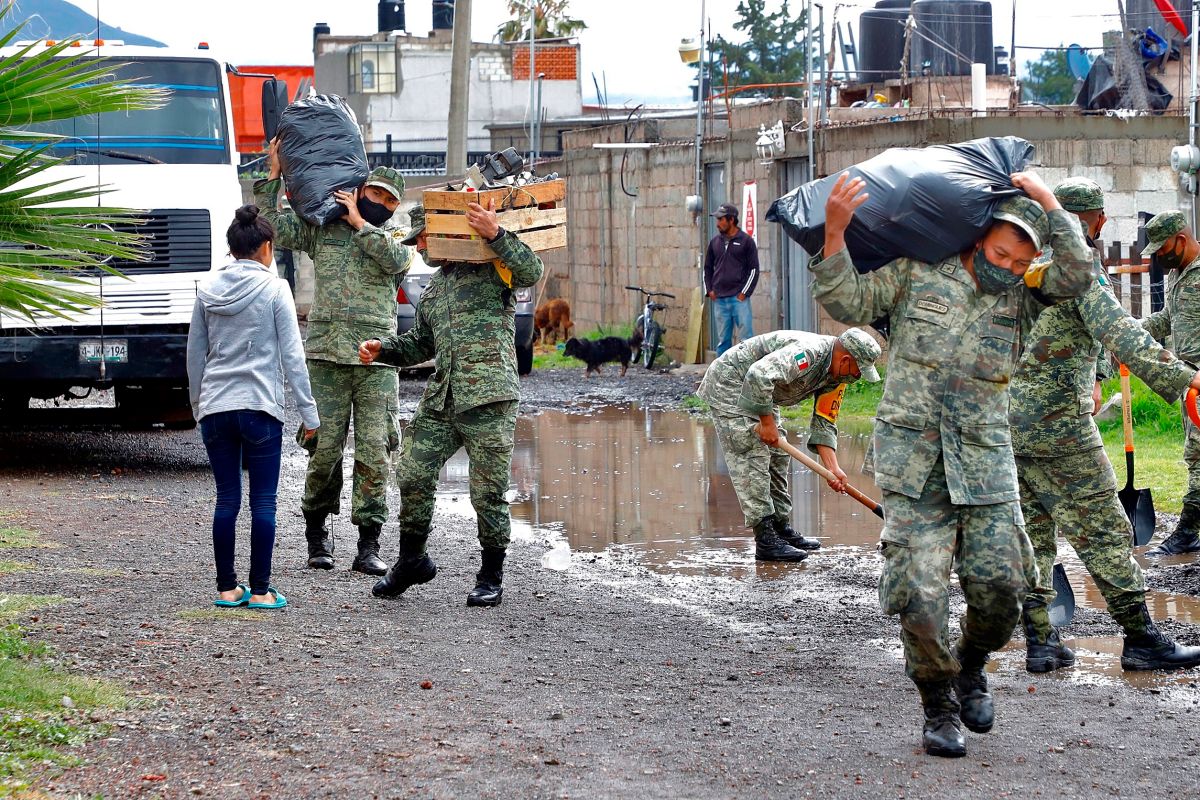 Hurricane Grace degraded a tropical storm as it passed through Mexico, but has caused at least eight deaths, in addition to heavy flooding and material damage in the state of Veracruz, as reported by Governor Cuitláhuac García.

Grace touched the Mexican shores as a Category 3 hurricane, it remained on land as a Category 1 and downgraded to a tropical storm near Mexico City.

Torrential rains caused severe flooding in the city of Xalapa, capital of the state of Veracruz, where streets, avenues, colonias (neighborhoods) and even shopping malls were under water. Due to this, the authorities warned of the persistent “risk of landslides and floods”.

They continue to locate people under the landslides caused by the #HuracanGrace In Xalapa Veracruz, there are more than 7 deaths, including minors, please support us by donating food and reaching out to the affected people. pic.twitter.com/JZJlmNiLln

Authorities reported landslides in Xalapa, that buried houses at the foot of mountainous areas, caused the death of at least eight people, including a minor.

The greatest impact of the hurricane occurred in the towns of Poza Rica, Cazones de Herrera and Tecolutla, where the winds reached a speed of 195 km per hour. “There we are going to focus the initial support that we will direct to the population,” the governor said at a press conference shortly after noon (local time) this Saturday.

In Tuxpan and Cardel, members of the Civil Force maintain removal and cleaning jobs. pic.twitter.com/c0zczLUJrv

In the most recent report of the National Meteorological Service of Mexico (SMN), at 1:00 p.m. (6:00 p.m. GMT) Grace was located 25 kilometers (km) west-northwest of the municipality of Cuautitlán Izcalli, in the State of Mexico and 55 km to the northwest of Mexico City. “It is expected that the city will have heavy rain and winds throughout the day,” said the head of government of the capital, Claudia Sheinbaum, on Twitter.

Due to Hurricane Grace, the City is expected to have heavy rain and winds throughout the day today. Brigades of @SGIRPC_CDMX Firefighters, @SacmexCDMX and municipalities are coordinated to address waterlogging and flooding. We ask all of you to take your precautions. https://t.co/foA9YHeSGm

He added that civil protection brigades, firefighters and the water system together with the municipal governments will coordinate to deal with floods.

The SMN reported that Grace’s advance would continue to cause torrential rains in the states of Colima, Guerrero, Michoacán, Puebla, San Luis Potosí and Veracruz.

The impact and passage of Grace, with heavy rains and sustained winds of up to 190 kilometers per hour, left hundreds of damaged homes in the state of Veracruz.

The effects of the meteorological phenomenon were felt with greater intensity in the north of Veracruz, an oil-rich, rural and indigenous region, where its inhabitants reported hours of anxiety and terror.

The National Water Commission (Conagua) reported that the Cazones, Actopan and La Antigua rivers, the rivers with the highest influx in the north of the state, exceeded their critical scale in some areas, for which it issued a general alert to possible overflows.

The Army, together with civil authorities, carry out rescue tasks in rural communities and urban centers, without having an exact number of damages for now.

According to the forecasts of the Mexican Meteorological Service, in the next few hours Grace will continue advancing as a tropical storm through central Mexico and in the early hours of Sunday, already as a tropical depression, it will be over the state of Michoacán, in the west of the country.