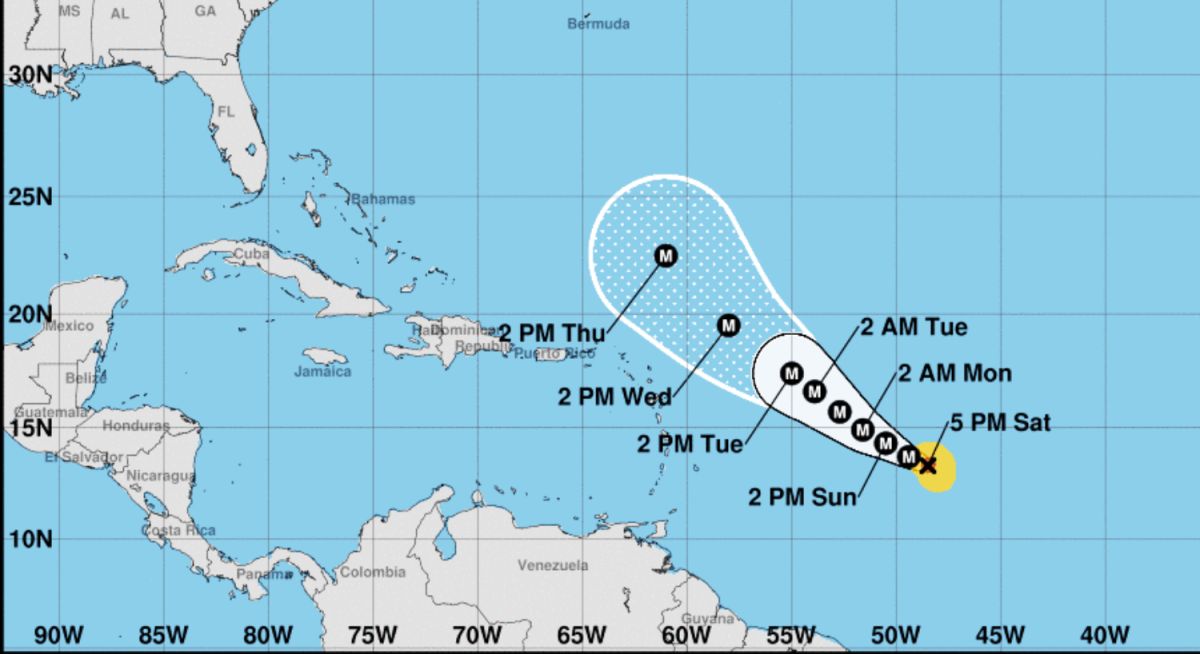 MIAMI – The Force of the Winds of the hurricane sam, which is located over open waters of the Atlantic without threatening land for now, has climbed rapidly from category 3 to 4 on the Saffir-Simpson scale (out of a total of five) and can grow even more.

Sam reported maximum sustained winds of 140 miles per hour (220 km / h) on Saturday, as it moved west-northwest at 10 miles per hour (17 km / h), according to the National Hurricane Center (NHC), and crossed the threshold for a storm to qualify as a major hurricane.

According to the most recent NHC bulletin, the hurricane Sam is going to intensify even more tonight and fluctuations in intensity may occur early next week.

Sam is expected to make a turn to the northwest on Monday and that the storm surge generated by its winds begins to reach the Lesser Antilles early next week.

The NHC warned that it is a strong but not very extensive hurricane. The winds with intensity of hurricane they extend up to 25 miles (35 km) from the center and tropical storm force winds extend up to 105 miles (165 km).

For now there are no coastal watches or warnings in effect for the presence of Hurricane Sam in the Atlantic basin, that it is having a more active hurricane season than normal, as predicted by experts.

Of the list of names for 2021, only Victor and Wanda remain to be used and there are still two months of hurricane season ahead.

As for Teresa, which formed this Friday as a tropical depression near the Bermuda Islands, the NHC indicated that it degraded to subtropical depression and it is expected that tonight will be just a remnant of low pressures and Sunday will have dissipated.

Teresa is located about 140 miles (225 km) north of Bermuda and is moving west-northwest slowly with maximum sustained winds of 35 miles per hour (55 km / h) without threatening land.