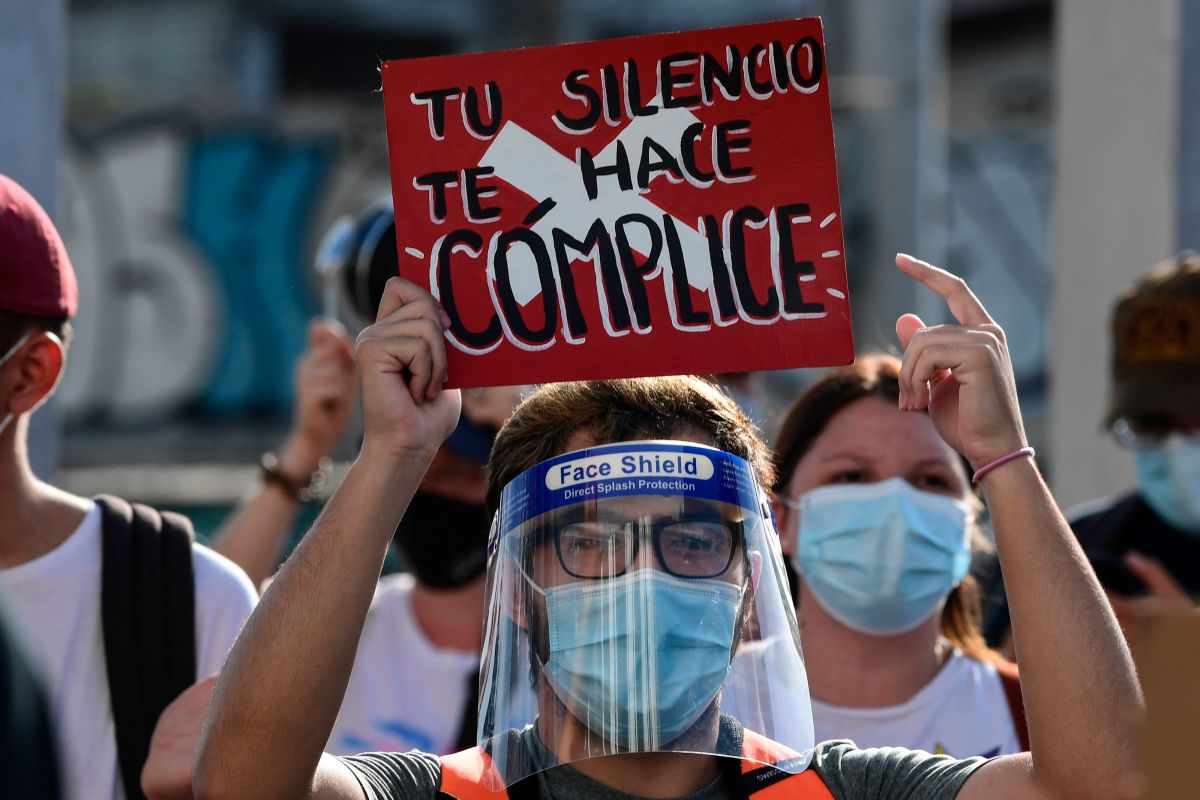 Claudio Estigarribia, the Argentine policeman accused of sexually abusing his stepdaughter for eight years or since the minor was 7, surrendered to the authorities this Wednesday.

Media reports in that country indicate that Estigarribia It was delivered to the Delegation of the Argentine Federal Police from Pinamar to make himself available to justice.

The 40-year-old policeman had been reported by the victim and her mother a few days ago. Currently, the youngest is 15 years old.

The complaint was filed on August 16 at the General Madariaga Women’s Police Station.

Estigarribia fled the area and remained a fugitive.

Before running away the man tried to camouflage his appearance so he shaved his head.

What’s more, smashed his cell phone against a wall, left a handwritten note asking for forgiveness, and confessed everything to a neighbor, who also came forward as a witness.

The day after having escaped, the defendant contacted his wife by telephone and said that he was in the West and that he had arrived “by hitchhike” near Chivilcoy, but the investigation of the authorities indicates that he was in a telephone booth of the city ​​of Mercedes.

“I’m going to be imprisoned like 30 years for an aberration. I am a monster, ”the man assured the woman in that communication as quoted by Page 12.

To try to find the suspect’s whereabouts, an international arrest warrant was issued.

Estigarribia is accused of fivefold aggravated sexual abuse for being a minor. The accusations are aggravated, among other things, by the attacks having been repeated or seriously outrageous because of their duration in time, because he was in charge of their care and education and because of the coexistence relationship with the victim.

After formalizing his arrest, the Argentine refused to testify before the prosecutor Walter Mércuri, head of the Functional Unit of Instruction 8 of Madariaga, the same media reported.

The seizures started when the victim was 7 years old and they lasted until 15.

The last abuse was perpetrated on the same day the complaint was made and just before the young woman told her mother about the situation.

The assaults were reported when the mother was leaving the family home to take care of her duties as a policeman at the Pinamar Police Station.